I Didn't Write That!
06 July 2022
That Time Winsor McCay Did A Puff Piece Glorifying Mussolini for Hearst
As you may know, Winsor McCay did a massive number of editorial cartoons for Hearst papers. As you may also know, Hearst was so fond of Mussolini that he proposed(via his funding of Gabriel Over the White House[1932], which I intend to do a longer piece on in the near future) having a Mussolini figure as the dictator president of the US.
Here, from 1928, McCay drew this...intensely complimentary piece on Mussolini for Hearst. Likely Hearst even wrote the copy. A very weird little historical moment. 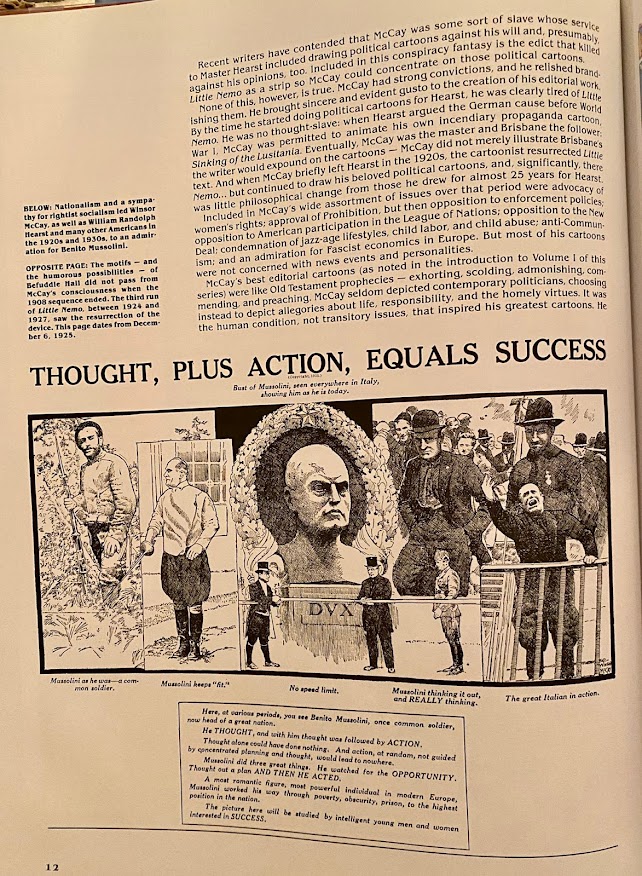 From the Fantagraphics Complete Little Nemo in Slumberland, Vol. 2. Thanks for the scan to master comic collector Aaron Meyers, who you should follow on Twitter!
___________________