A little-known series that was meant as a follow-up to the much more famous Elizabeth R, about her grandad. 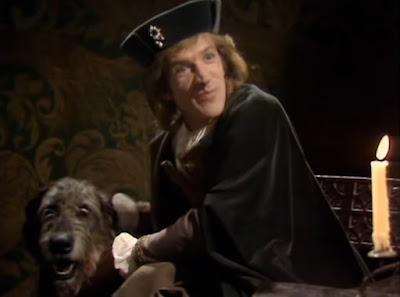 This covers a king not spoken about much because he's overshadowed by his notorious son, the tyrant Henry VIII. Who, it turns out, he could not have been more unlike.
That's something that makes this a little unusual: Henry VII spent his reign trying to reunite England after the Wars of the Roses by turning it into a merchant superpower, the idea being that prosperity discourages disunion. He faced two major pretenders to his throne, one of whom he killed and the other he made his servant(and the guy backing him got killed). Mostly what happens in the series happens around him rather than directly involving him: there is one episode about a completely laughable plot that never even gets to be enough of a threat for him to bother with, even when he finds out about it.

The episodes have different writers and directors. Of course, this being BBC in the 70s, the production values are...nonexistent. Basically, filmed theatre. But honestly, I like the style: it puts a greater burden on the writing and acting and both are superb.

The guy who plays Henry VII, by the way, James Maxwell, was American. And he's totally fascinating to watch, playing an honorable king who does not want to kill anyone if he can help it. So different from his tyrant son. (who you see as a kid toward the end of the series) There's an excellent scene where he is praying at the same time as he's doing accounts in his head, ending with the prayer: "Please let me be solvent."