Kurtz in APOCALYPSE NOW speaks in favor of being, in his view, "honest" in how you wage war, and he associates massive brutality with said honesty. There are people who think he's better than the hypocrites running the war for this.

No, Kurtz is the spirit of My Lai. Remember he is the villain. Not some fount of wisdom. 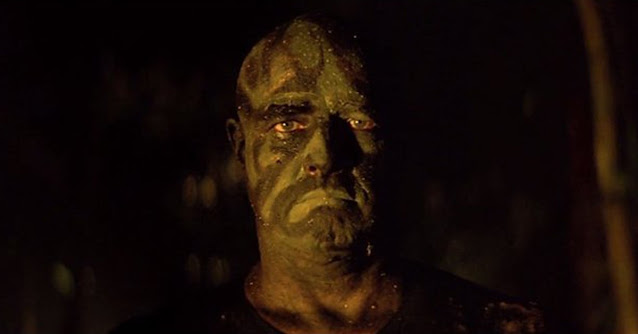 He is preaching complete negation of humanity. His superiors are also murderers.

But Kurtz is not morally better because he has decided to LIKE and BECOME it. He definitely represents a real side of the American way of war. But the worst fucking side. He is the side that believes it's America's right to kill any little people in the world in pursuit of their own aims. The side that murdered thousands in the Philippines and Central America, and indeed the American West.

Maybe he's honest about it, but it only means he should be stopped even sooner. Kurtz is an annihilationist, and I don't recall he ever gives a justification except in service of some abstract purity of action. Which is a very fascist aesthetic.