I Didn't Write That!
09 October 2020
Masks and Living
So I had to go to the Post Office in Hayward today and took an Uber back(well, and to as well) because I live way up in the hills and there wasn't much in the way of buses before Covid 19, but now, some hope. As you may imagine, I've been quite isolated since March; I could count the number of times I've left the house since then on one hand, give or take a finger. So I always see something that shocks me anew when I go down there. I remarked how surprised I was to see so many people at outdoor restaurants, and not one wore a mask.
The driver said, "Well look at it from their point of view. They see you walking down the street in the open air and wearing your mask and they think wow, he's not really living."
And I said, "You know what's really living? Staying alive. I don't care if I have to wear a stupid little mask."
"Man, it's sad to see people that way."
"Well, if you ever want to see people again they should grow up and do it. For the sake of being careless in one stupid conversation at one stupid little meal, it's worth death? You think that's 'really living?' THAT'S sad." 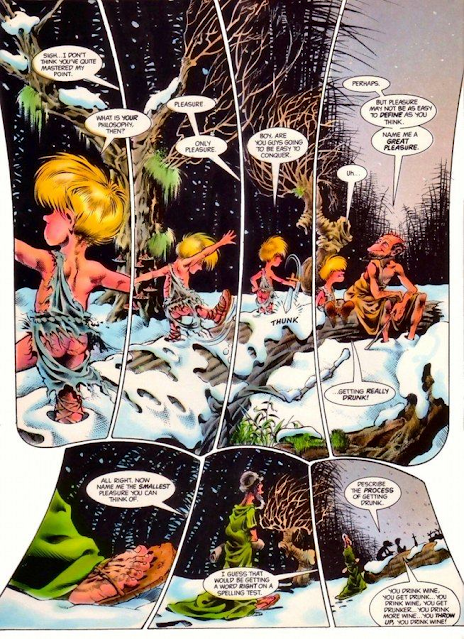 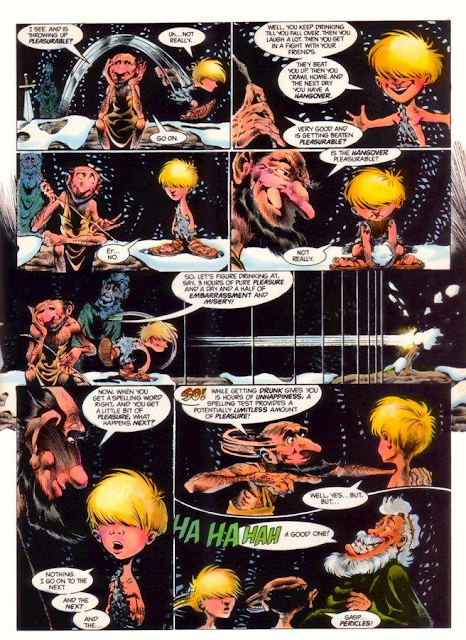 Hey, the Blog's Back? YES! AND LULU BOOK 2 IS OUT NOW!
HELLO AGAIN!

As those of you that have been following me on Patreon, where along with my Twitter account has been mostly where I've been while finishing my latest project, know, I just finished the second book of LULU! Below is the cover.
I'm wrestling with getting the print version out now. It's not so much an issue of censorship this time(thank God), as it is formatting issues, which are still being resolved. But while the Comixology version is also pending still, you can get it right now in digital at Kindle, Google Play Books, and even directly from me! In the latter two cases, DRM-free.

And this one, following from the excellent introduction I'm grateful the late Martin Pasko wrote for Book 1 (may he rest in peace; he was a fine man and one of the best writers comics ever had, on a level with Steve Gerber) has an introduction from the equally legendary DONNA BARR! And I'm incredibly grateful for this as well. Buy the digital version now! 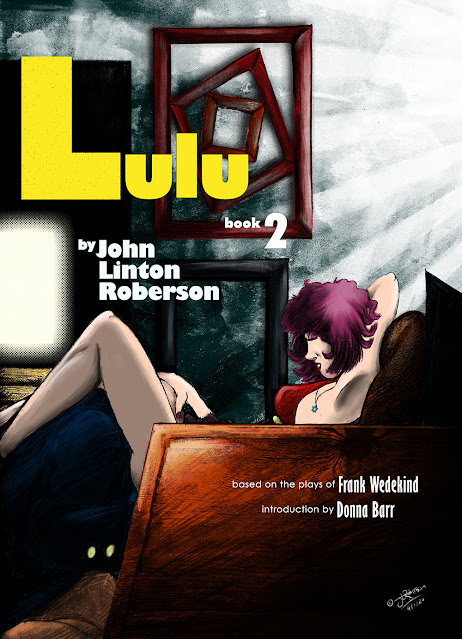 The problems I was having with the formatting here meanwhile at Blogger appear to be resolved by an old version of the code I uploaded, so at least everything's not at the bottom of the page now. This happened when Blogger accidentally updated me to one of their "new themes." I will be using my OWN very basic theme, thanks. It's served well for a long time. So please excuse all the outdated things. I will shortly be updating all of that and restoring old links.
In the meantime, I will let you know when the print version is out, and will be spending more time here again. So add me to your Feedly or whatever, and keep coming back!