I Didn't Write That!
19 January 2019
Trump's Shutdown and Federal Slavery 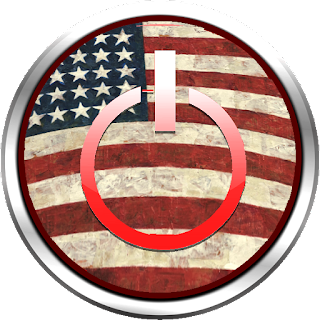 As you probably know, the orange cancer beast Trump, despite having shut down the government over his wall, and so no longer issuing earned pay to federal workers all across America, expects most of them to work anyway.


Stephen Mnuchin was asked for slaves to process returns and loans by the mortgage industry. And they got 'em!

TSA workers, never in the ideal stress environment to begin with, also are required to work without pay.

Our federal workforce is being faced with an impossibly cruel, torturous situation.

This is, in one bright spot, turning out to be an excellent way for the GOP to alienate whatever part of its base stuck with it in their utter annihilation they have still not admitted to themselves after the defeat last time. But this is the usual Republican Hamstring.

The shutdown started while they still held power, and this is a thing they do: when Democrats are coming into power, they do their best to leave them with such a difficult economic or related situation--like the crash of 2008, when Obama was coming in--that they'll be too busy trying to fix that throughout their term to implement much, or any, of their own agenda.

And meanwhile, the mess, which was quite serious and nothing they wanted to clean up themselves, is cleaned up for them and the public purse is there for them to squander again. (see: Clinton's surplus, and Bush's Iraq War) They see the Democrats as best used as their janitors.

And they see federal employees as less even than that. And also as Democrats, but that's not really so. The red states are more dependent on the federal government than the blue ones--they're well known to take more in services and money than they contribute, and people administrate that. People who either aren't allowed to work at all, but also don't get the pay they have already earned, or are forced to work without pay while incurring expenses just to get to those jobs.

This turns federal jobs into what amounts to slavery. Granted, this has a tradition, as the White House and much of Washington was built by slaves. But we kind of banned that tradition. I come from SC. I sort of remember hearing we had some kind of war over it that my ancestors lost, as they deserved. Indeed, it has been challenged as this in court already.

They'll say "Well they can quit." Well, there are different kinds of involuntary servitude. These slaves are indentured, by their pension, which they lose if they quit before retirement, along with medical benefits and other stuff they earned by their service to you, me, and everyone. (My mother worked with disabled Charleston County children as a nurse for DHSS for decades, and had to retire with MS. Without her pension, she could have died years sooner than cancer took her) Which means the federal government keeps their pensions, that they earned--like a lot of state governments and corporations have been weaseling out of over the years.

The GOP loves to say they want government small enough to drown in a bathtub. (Originally said by Grover Norquist) What do you think that drowning looks like?

The GOP sees the federal government itself largely as the Liberals' Government since the Great Society & New Deal, and participate in it largely to restrain it like some ducal class.

So do you think they care if it falls to bits?

And who has the incentive to stop this, really, if the party has become a wholly owned subsidiary of the Trump Organization? The GOP, unlike the Democrats, enjoys hurting and punishing federal employees. One, who I'm sure by the vicious tedium of the writing style is Stephen Miller, has said he wants to see them all quit, and it is partly because the money for their pensions will be saved.

Maybe for his Wall.

The endgame here is not the wall. the wall is meant to be a dealbreaker, an immovable object nothing can get past yes, but designed to keep this from being resolved. Trump is trying to deplete the federal workforce, which he will not afterward replenish. This is already something he's notoriously not been doing in the executive branch, after ordering every Obama appointee to quit. This is consistent, though you may have forgotten, and is also what the GOP likes. He's trying to complete the Republican dream.

And also completely render the American government impotent, and turn the American people against it. And guess who he's doing that for. Though he hasn't managed that--in fact, people now empathize with federal workers than ever before.

And for those who don't think Trump's smart enough for that: how smart do you have to be to simply be the dog in the manger?


Which Putin has done, to both the US and UK, because both countries are more concerned with decorum than doing what needs to be done in an emergency.

Two great powers are being destroyed by completely optional bullshit.

No one will pity us if, at some point, we don't do what we all want to do and simply say "Fuck this," and forget decorum and remove the leaders who are leading us into oblivion. The point of democracy is you can adjust. You can change your mind.