I Didn't Write That!
17 August 2017
Melt Down the Failure and Move On: A Former Southerner on the Confederate Statues

The people who worried about repeating history were not recommending putting up statues honoring Hitler. https://t.co/mYbsjf0eX1
— Noah Berlatsky (@nberlat) August 18, 2017

It's your lives and your nation, not a fucking APPRENTICE episode where he sets masses of Americans against each other.
You are not his toys
— John L. Roberson (@jlr_1969) August 17, 2017


I was born in South Carolina, and raised in Charleston. At least one of my ancestors (Col. Roger Moore, and yes, I've heard all the Bond jokes) owned a plantation and slaves, and was a colonel in the Civil War.

And these things make him a bastard. Who lost as well, thank god.

The only people in the South who are into this "heritage" thing are rednecks. The same people who didn't own slaves and died for the planters, and to this day are poor because of the descendants of the planters, who are still there.

They are fools.
The others who claim to be into the "heritage" are often latecomers whose families have no history there at all. But who love the romance of it they remember from Hollywood movies. 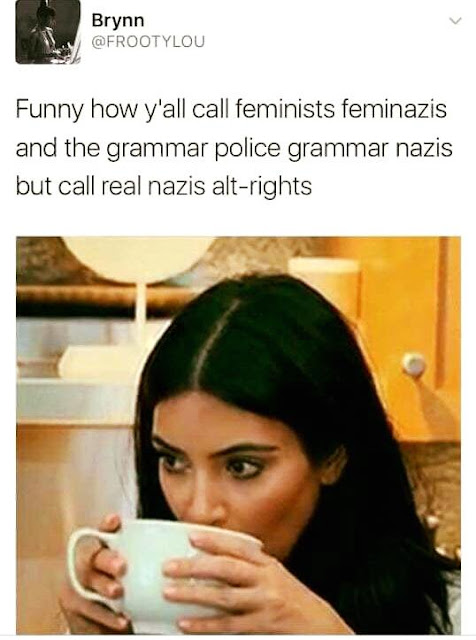 I remember having an argument with some old friends over the removal of the Confederate flag from the SC capitol in the 90s. I wanted the thing burned and buried. They thought it was important for "heritage." Those friends came to SC when they were around 8 years old; their parents moved down there from the North. This was second-hand romance for them. I was the one who actually had that heritage. I wanted it gone. Because it was shameful it was still there.

The South commemorates failure to keep itself a separate nation. The statues are cheap crap made long after the war to spit in the eye of black people. And we all knew that was what they were for.

And not one of these statues is worth a single human life.

Destroy all of the stupid statues. Stop pretending you're a separate nation. Move on. 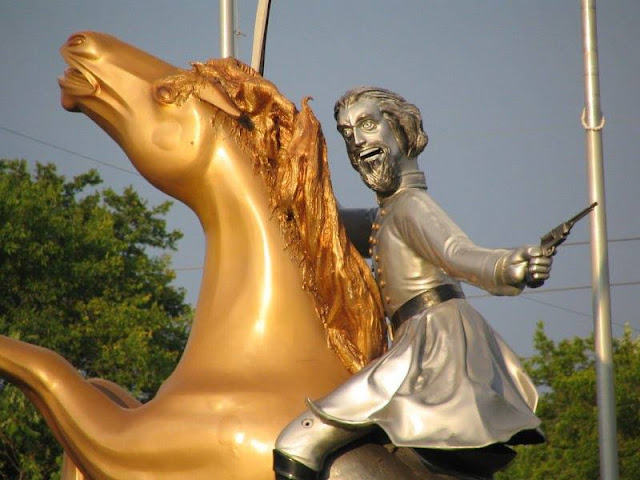 And don't listen to the opinions of Nazis. Even when they're the president.