I Didn't Write That!
30 June 2017
Donald Trump vs Joe and Mika: Blackmailer In Chief 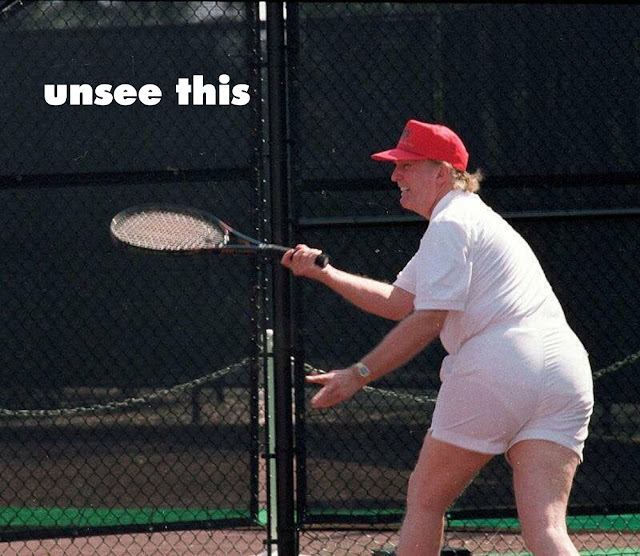 Beyond just the national shame of the repulsive, trashy, childish spectacle of the dog in the manger that is 71-year-old toddler Donald Trump's preference for personal attacks on all and sundry rather than doing even one bit of his undeserved job, there was this accusation inside Mika Brzezinski and Joe Scarborough's incisive Washington Post response to his idiot tweets.

Trump has been trying to blackmail them into being good little lapdogs, and who knows how many other members of the press as well, given the general bullying they regularly inflict upon nearly all the Fourth Estate.


2. They are accusing President Trump of BLACKMAIL. This isn't just tawdry. It could be illegal https://t.co/ysbhp9Ymx6
— Judd Legum (@JuddLegum) June 30, 2017

3. They are basically accusing Trump of ordering the National Enquirer to pursue a hit piece against them https://t.co/ysbhp9Ymx6
— Judd Legum (@JuddLegum) June 30, 2017


5. The top White House aides contact Joe and say it'll all go away if he calls Trump and apologizes for his coverage https://t.co/ysbhp9Ymx6
— Judd Legum (@JuddLegum) June 30, 2017


7. These are very serious charges and, according to Joe, he has written proof that it happened https://t.co/ysbhp9Ymx6
— Judd Legum (@JuddLegum) June 30, 2017


9. Another problem for Trump is Mueller, who could potentially add this to his investigation https://t.co/ysbhp9Ymx6
— Judd Legum (@JuddLegum) June 30, 2017

And then there's still the near certainty that Trump worked with Russia to steal the presidency. Granted, he's been very sly about it. 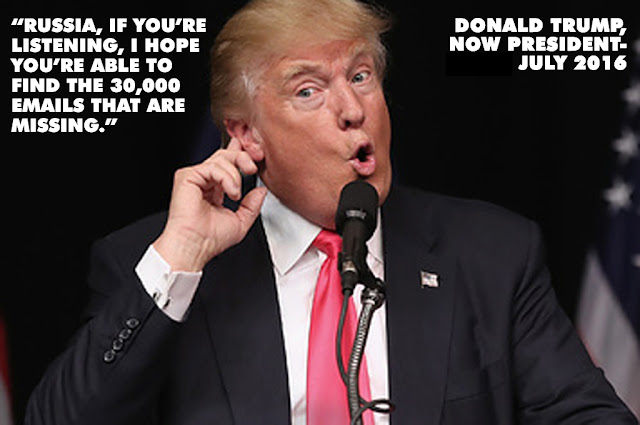 And then the truly sadistic, spiteful and sick way Trump decided to do his Muslim ban, now that SCOTUS gave its blessing.

That's some of what he does to the rest of us. But what of his own party?

The GOP, this week, gave up on destroying American health care to steal all the money for the wealthy till after the recess, and thankfully, may never get that back on track. When Trump gives the game away by demanding sudden repeal without replacement so he and his friends can get the real point, the tax windfall, he only reinforces everyone's realization their plan is only to steal money that could save 22 million lives. (that's 7,333 9/11s) He's threatened moderate GOP senators and representatives throughout this debacle, losing needed votes each time rather than intimidating them into submission, and yet expects them to put it through anyway.

As though Congress were his staff.

I'm happy they're hampered from doing this, but the rest of the government is being ground to a halt in dangerous ways. And this man is about to meet with his boss. A man whose war authority Congress is taking the trouble to limit. One hopes they also change the nuclear codes without telling him while he's around Putin.

But even the evil that the GOP intends? He's not even any use to them now.

The GOP is being actively kneecapped by Trump and they know he doesn't care. Trump truly only cares about himself, even against his own interests. He cannot shut up. He cannot mature. He cannot stop, and he will not stop. 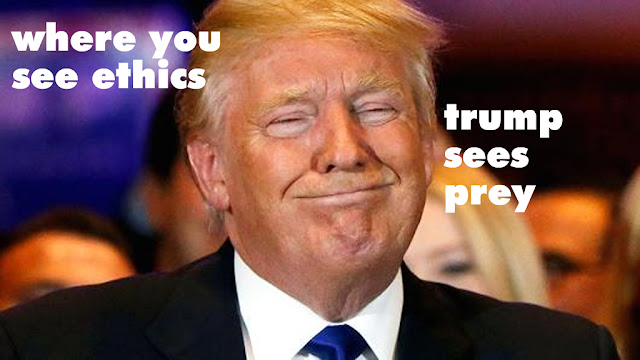 But this crawling piece of filth can be stopped.

And they have an armory of grounds for impeachment against him, ready to be used at any time. The GOP should realize, if they have even a sense of self-preservation, that they will not accomplish anything they want--or indeed, even basic things the country needs--with Trump tied to their necks. 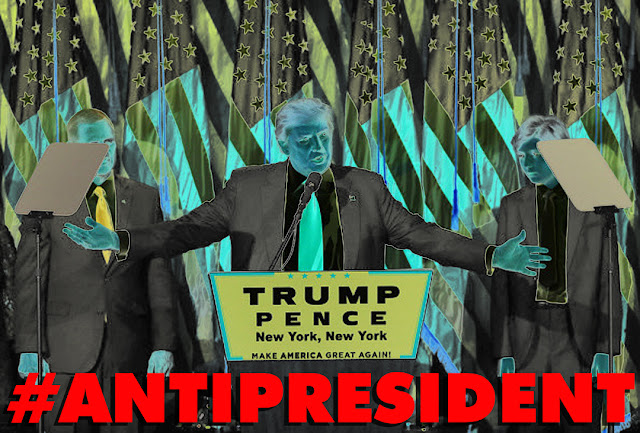 Which was fine with the GOP until it became clear that his willingness to sign any horrifying legislation, unread, they can boil up will do them no good if they can't even get the legislation passed from their chambers.

Whatever deal you made, Republicans, save yourselves. The deal should be off now.

He disgusts everyone. He does not help you. Trump is not the hill to die on. Stop hitting yourselves. 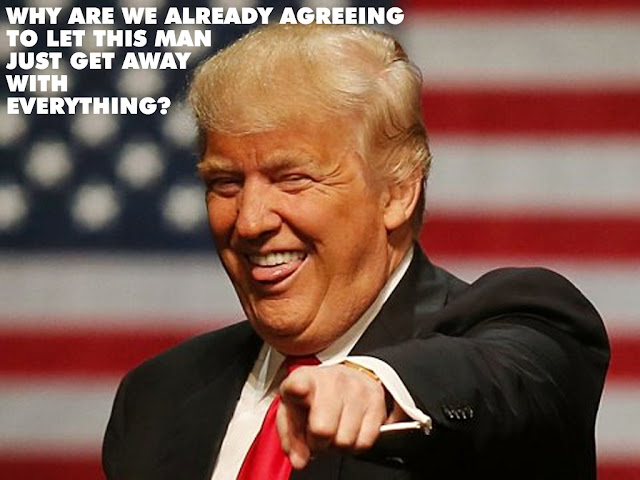