So, imagine it's four days before Christmas and you hear something like this about your nation when you turn on your TV:

"Good evening. This is the news. The USSR no longer exists…'"

From the news. The news, telling you everything you know has ended, just like that. 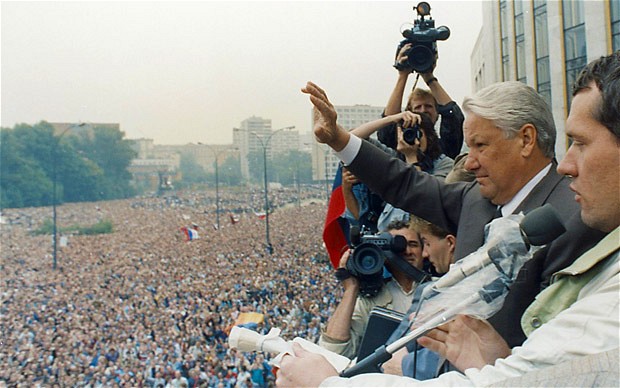 And then think about Putin, and why he might desire revenge.

And the Bond villain scale his revenge would take.

If you think it's too much to imagine Putin would actually want to break up the United States and remove its superpower status(and isn't this how HUNGER GAMES begins?) you're forgetting we've been proud to brag WE did it for 25 years. How we put in people that would dismantle them, how we broke them, made them beg, how we broke their union into separate republics and knocked them off the world stage almost to the present day. We did all this. We disabled them and exacerbated their problems till they were too consumed by them to think outside Russia anymore. We made the modern Russia. And we have never shied away from taking full credit.

So why should we be surprised?

I'm not saying that we should let it be done to us, because we all would suffer, and Putin is a fucking terrifying autocratic beast. I'm just saying it's being done. And we're not recognizing the full picture here.