So BATMAN rebooted recently, with Tom King (who I haven't heard of before) and David Finch. And it's not bad--certainly one of the least boring of the DC Rebirth stuff so far. As far as the unholy mess that's now Superman,no comment; it is interesting though whenever they reboot that they go to some trouble not to fuck with Batman in any permanent way.

There's a thing though that bothers me and brings one of my biggest character design pet peeves to the fore: why would a flying female character ever wear a miniskirt? And for that matter, a tiny girly mini? 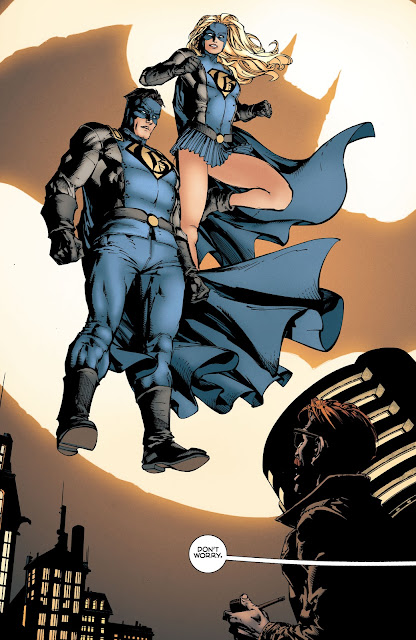 A few problems are immediately obvious.


The first being: why would a superheroine want people to always be able to see up her skirt? I'm sure Roger Ailes would approve, but he's not in charge of DC. (and hopefully, not much longer at Fox either, but that's a digression) Skirts. Thongs. Why would a crime-fighter not want to protect her legs? Do they not ever even get cold? Why would she want to display her ass and...more, every time she wears her costume?

But also: why would you fight crime in a skirt anyway? I don't know a woman who even wears a skirt when she's doing a chore. Because skirts (and thongs, for that matter) are impractical and pants are not, if you're doing things in many cases, except maybe dancing or like that. But surely if you're fighting crime and flying.

But even more so, a simple matter of physics. What happens every time she's descending to land? Well, if you know what an updraft is, and apparently many mainstream male comics artists do not, this: 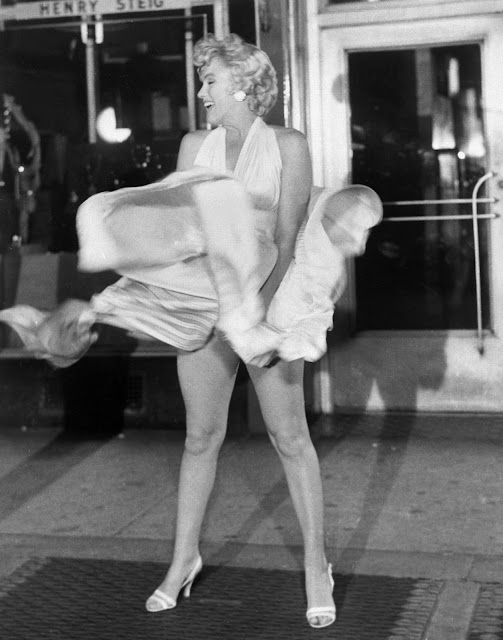 And that's a much longer skirt. Now imagine one you can barely hold down. A skirt that would even make sitting awkward. Imagine this every time she lands.

I suppose that thought turns some on, but to me it's juvenile. No woman who intended to survive or be taken seriously would fight crime in a skirt or a goddamn thong.

And even from a sexist point of view:  if it's sexy legs you're after--as all comics artists know, without color all skintight suits, even pants, are nude, so why bother with a skirt anyway even then? Doesn't make much sense even from that angle.