Brexit: Never have so many so regretted a decision they were tricked into by so few. Well, not in England, anyway.

Oddly done, England. As the saying goes, I guess then you've bought it.  And my sympathies to my friends (and fans, I think there are one or two) in the UK who did not want Brexit, and whose money from American publishers is now fucked because of the pound dropping like a hanged man. Just a few of those whose lives will be made unnecessarily harder by this massive unforced error most Brits, it's said, now regret, and some of whom only googled "EU" the day after the election.

It all sounds too American. It's creepy, England. Stop being as stupid as us. That's not your job. (click for larger version) 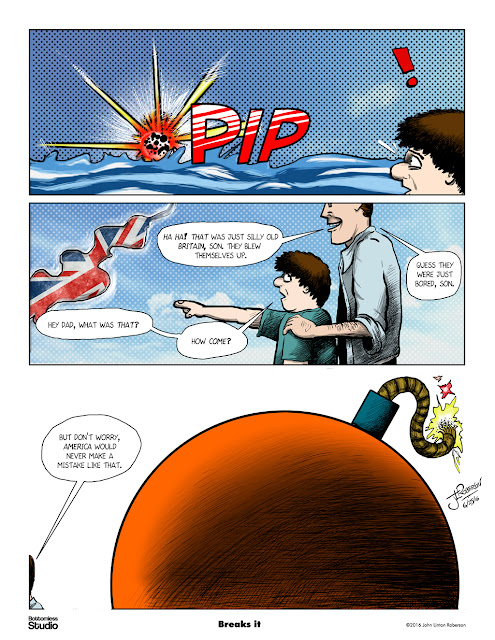 Comments:
Nice comic work, sir. It's sad that even one or two English YouTubers of anti-immigrant/refugee/Muslim bent ended up being against the Brexit, even though it could be argued that their views helped to feed the attitude behind the Brexit.