The new issue of THIS SICKNESS, too long delayed because of, well, various personal crap, should be coming along at the beginning of 2016(UPDATE: get it here now), in print and hopefully later at Comixology. So far the roster includes the new chapters of LULU, SUZY SPREADWELL (censors permitting), and UNCLE CYRUS, as well as paintings by the great Emily Kaplan--the first time we've done anything together in any way since 1991--and poetry by WORKING FOR THE MAN alumnus Chad Parenteau. And a cover by Molly Kiely...this will be a damn good issue, I think, and thick. Though I'm not sure exactly how thick yet.

And also this, which I have Molly to thank for getting published in the first place, from the Graphic Canon vol. 3 in 2013. More after the jump...


This is a wordless rendition of the Billie Holiday song "Strange Fruit." Wordless because the lyrics are still in copyright (and here they are) I've previously posted part of this. Here is the whole thing, and all of it--in color(I can print that now!)--will also be in the comic. Keep watching!
(click images to enlarge) 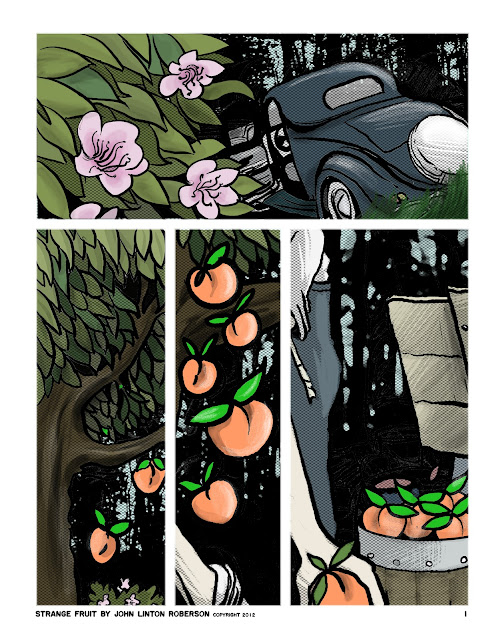 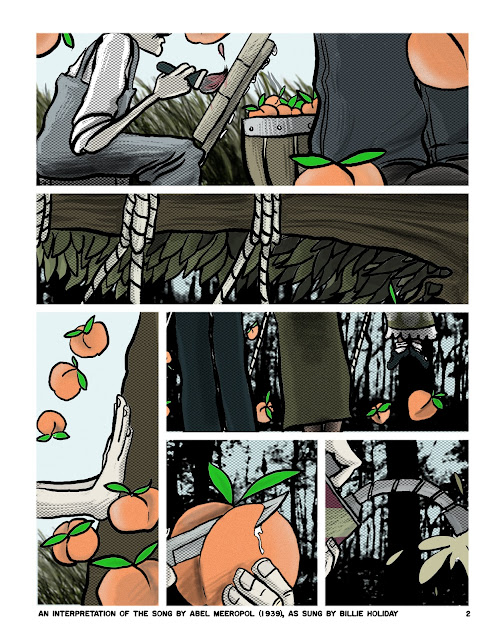 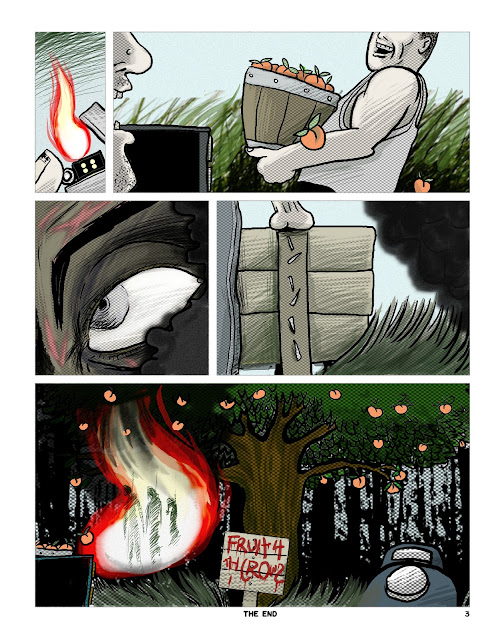 And here is the oft-heard Billie Holiday version, remixed by Tricky in 2005 as part of the excellent Verve Remixed

Labels: comics, history, music, my art, my comics, racism, the south, this sickness