I Didn't Write That!
30 November 2015
New UNCLE CYRUS @MartianLit: Pride In Your Work

AFTER THE KILLING JOKE - a pitch

@jlr_1969 Worst bit of KillingJoke: Batman pleads "Never mind the innocent bystanders, if we don't pack this in, one of US will get killed!"
— Chris Weston (@westonfront) November 30, 2015 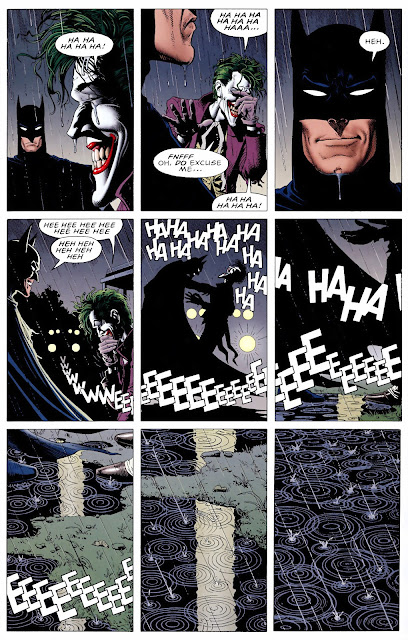 GORDON: They tell me when they got there you were embracing the Joker and laughing


BATMAN: I can explain

JOKER: You know, that joke didn't even make sense, I was just fucking with you

JOKER: You know it reminds me of another joke...

BATMAN: I don't think I'm in the mood for a joke 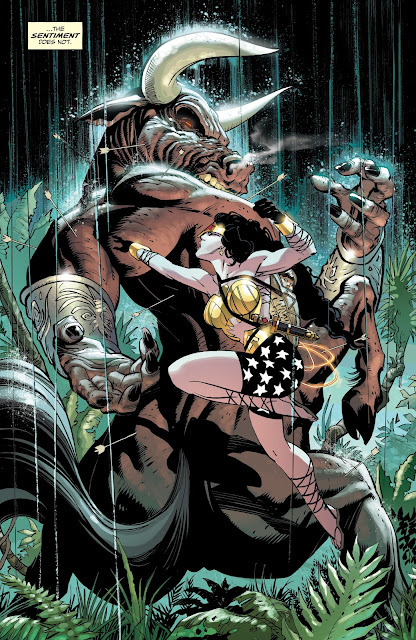 I guess faux Miller(tm) is better than no Miller? 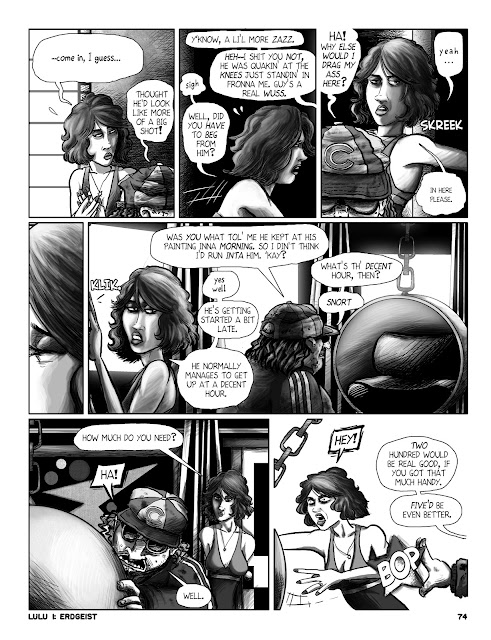 A day late but you were probably buying things and wouldn't have seen it. So here's this week's LULU, with a most unwelcome and unwanted visitor received.

And if you missed last Monday's UNCLE CYRUS, click this. 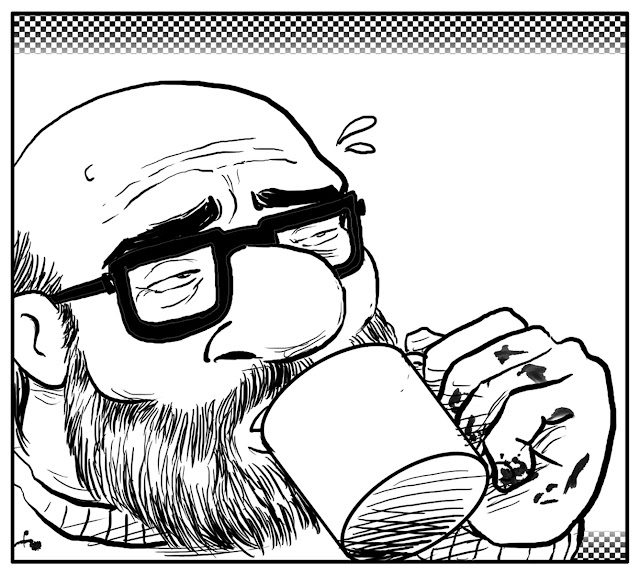 Good morning! It's Monday, so that means there's a new Uncle Cyrus page at Martian Lit. Have a look!

And by the way, below also here's a pencil page I just finished for same. 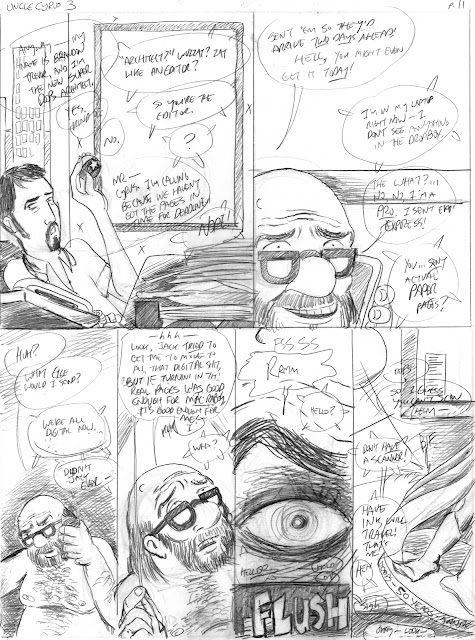 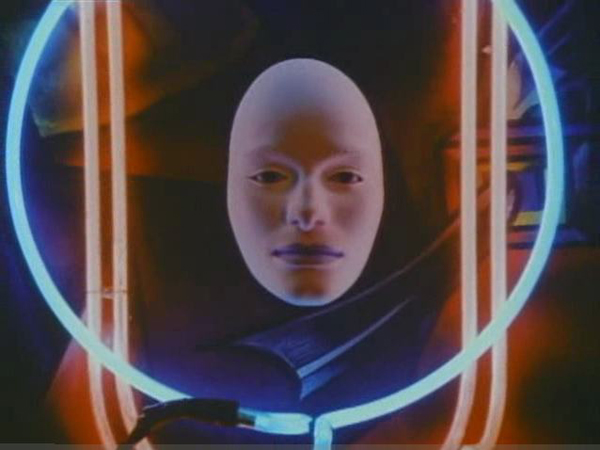 Complete, the nearly unavailable science fiction cult film of heroin-saturated New Wave New York, written by and starring the remarkable Anne Carlisle, who appears in both female and male leads. Whatever happened to her anyway?
Read more »

And now, this week's LULU! An unpleasant surprise at the door. 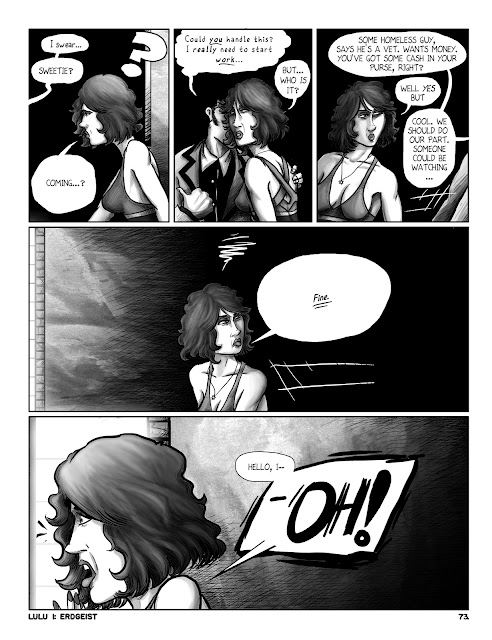 Did you see this week's UNCLE CYRUS? (new at MartianLit each Monday) If not, click here.

Another unfinished project from the files. This was actually once a very big project I planned, adapted from a play I wrote (script finished but never staged) in the early 90s. Originally it was this, not Vitriol, that I had planned to do as my first comic back in 1997, but it was too much for me at that stage, so I stuck with something I felt more confident drawing.

The intent was to go back to this when I was a bit better. In 2005 I did these pages, and then no more. I could go back to this at some point, but I now have more on my plate ahead of it and only so much time as it is.

So for now, enjoy these. Each of these, by the way, exist as fully-inked 11x14 pages on illustration board. The only digital element is the lettering & balloons. If you're so inclined, the art is available for $85 per page postpaid. Click "Contact" to the right to do so. (click images to enlarge) 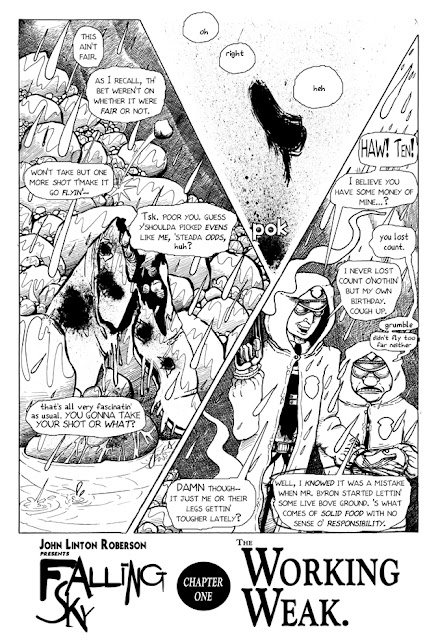 It's Monday, and a new page of UNCLE CYRUS is up at Martian Lit! Click here for that.

So, delayed a day, here's this week's. (click image to enlarge) Also, if you missed the debut of UNCLE CYRUS at MartianLit, check it out here, and come back every Monday for the next page! 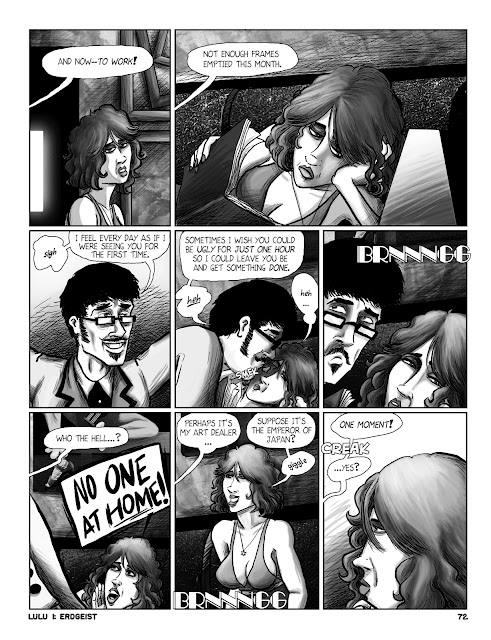 10 November 2015
The Day Archie Had Enough of Reggie's Shit

"A publicity stunt!" they shouted in such a hurry, as they threw copy all over everything, but everyone knew it was a grisly day in Riverdale they would never speak of again.

Reggie just went too far when he gave Hot Dog LSD on the night of Archie's big date with Veronica, they agreed, but, but to do THAT...and with a little dull hand saw, while Reggie was still alive, but unable to move anything but his eyes, because of the injection Archie had given him. Still though, he was able to feel everything.

The worst part was the trouble Archie went to to preserve the sneer. You can see how he had to drape skin over the shattered teeth.

...and click here to see! Come back each Monday for more. And if you need to be reminded of comics' favorite hack, have a look at these ancient tales of his exploits.

Also, if you missed this week's LULU on Friday, click here to fix your embarrassing mistake.

08 November 2015
A Bunch of Guillermo DiVito 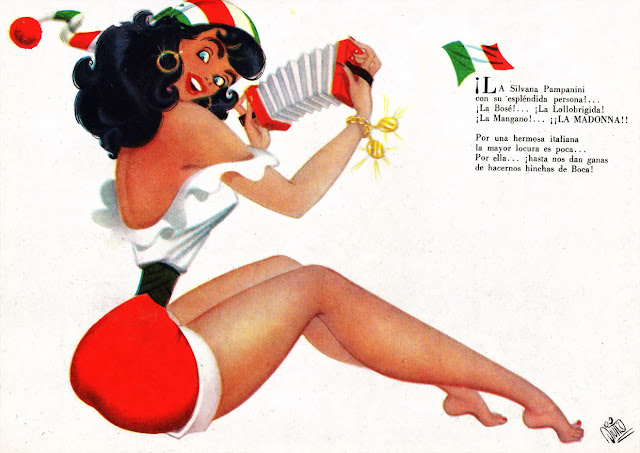 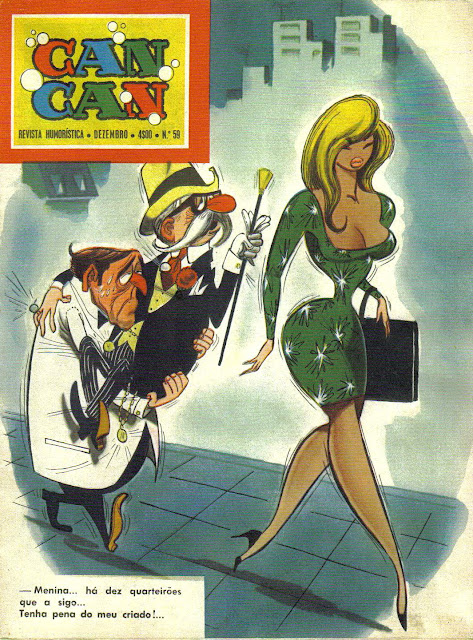 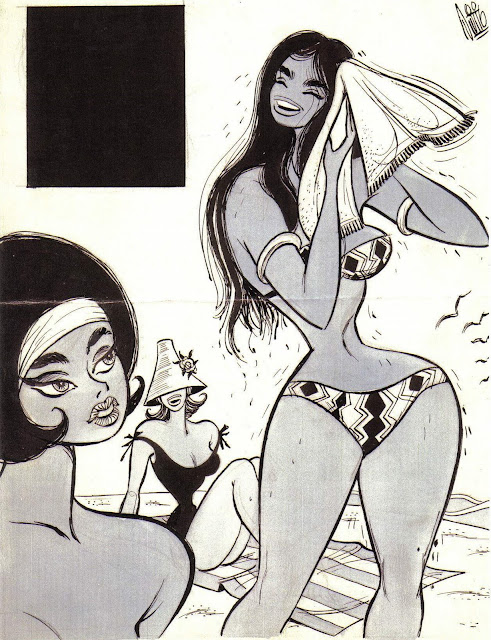 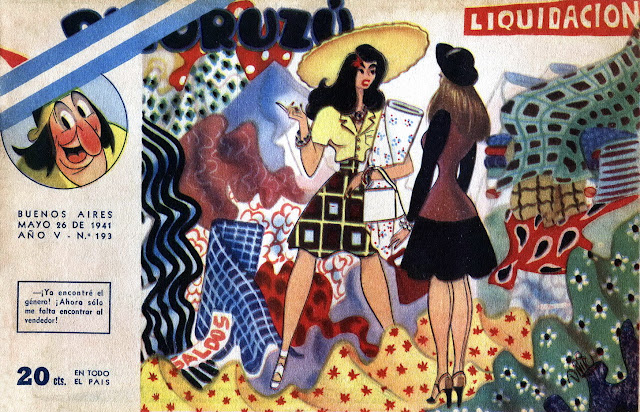 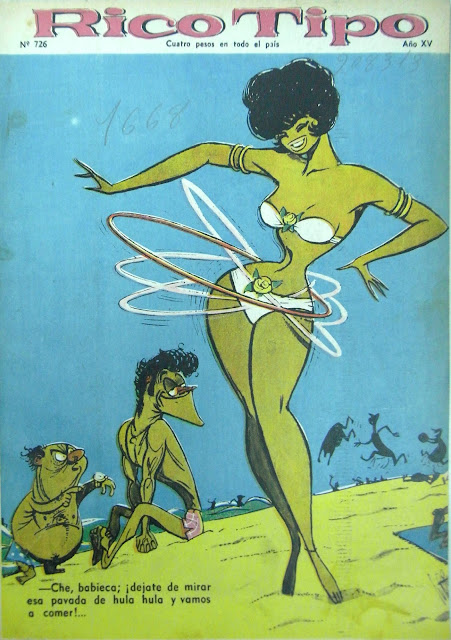 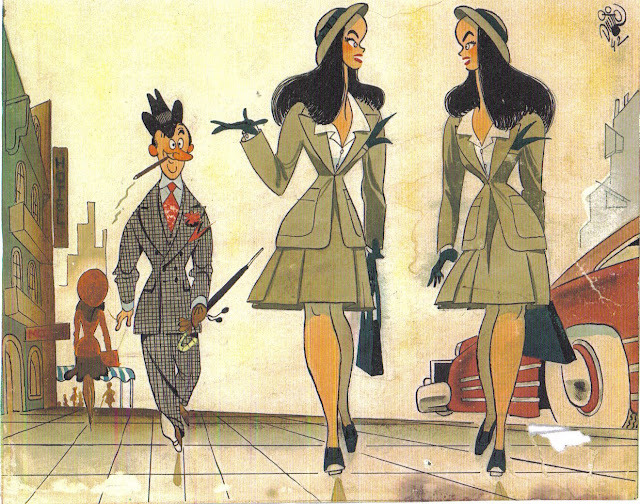 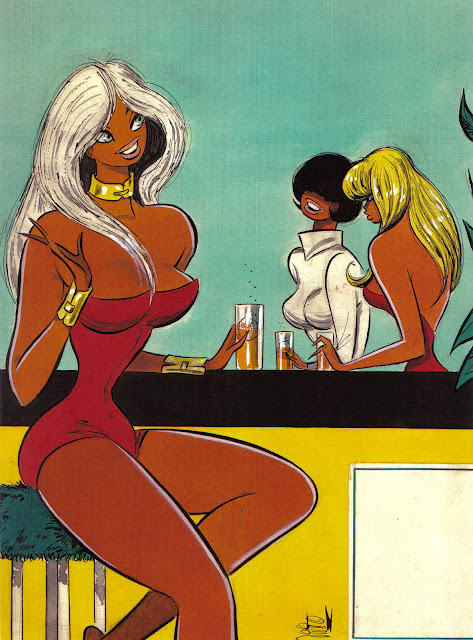 As there's a Friday in this week as well, must be time for the new page of LULU. Click image to enlarge! 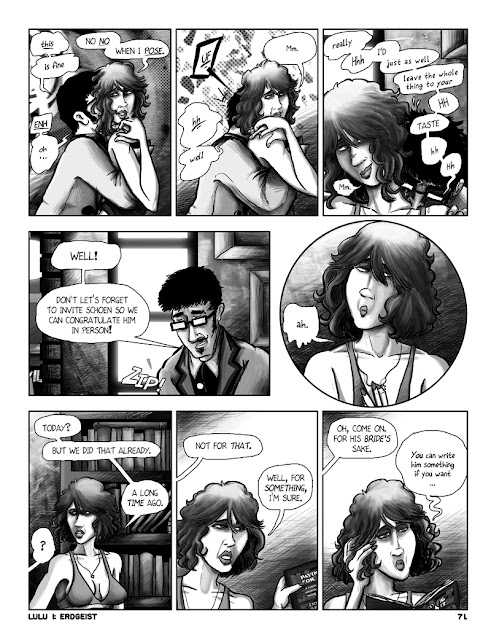 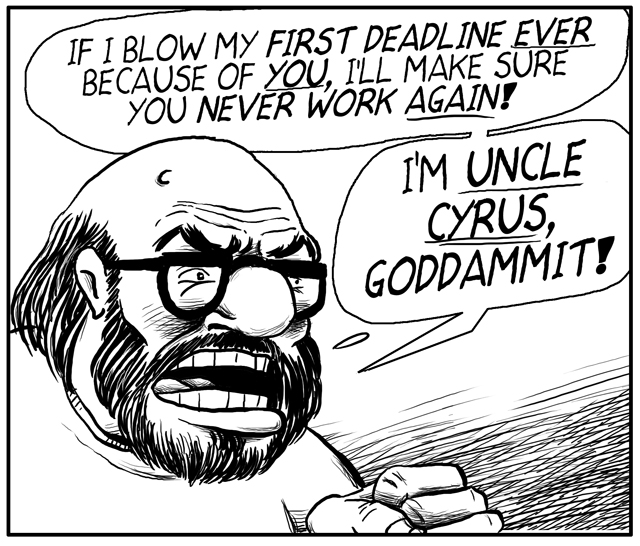 Also! On Monday, that new Uncle Cyrus story I've been teasing you with will premiere at MartianLit (where I've appeared a couple of times before) prior to its appearance in print in THIS SICKNESS #8. It'll be running weekly, starting on Monday.

Keep checking back here to find out when it's live! (UPDATE: It is now...)

Lastly, for those that have been wondering how Charlie is, he's much better(and thank you again to those who helped me get him to the vet), and as I would like to have nice things with my cats if I'm going to mention them, and as I'm a bit tired of showing you the little beasts only in emergencies: here. Here is some pleasant catness. Chester and Charlie specifically. (along with his brother & sister, Chester's now about 7 mo. old)  Have a lovely weekend.

I THOUGHT I TOLD YOU TO SHUT UP!! - Whatever Happened to Reid Fleming?
David Boswell's REID FLEMING was one of my favorite comics in the 80s. And I was not alone, and among its fans were some pretty major figures like Matt Groening and Ed Asner.

What happened to it, and Boswell?

Watch this and find out. It's not an entirely happy tale. Though I guess we can be thankful it was never a movie back then at least, because I remember that there was talk he'd be played by Jim Belushi. Eeesh.


I Thought I Told You To Shut Up!! from Charlie Tyrell on Vimeo.