I Didn't Write That!
18 August 2014
What Ferguson Should Remind You

The reason they perpetuate racism: their horror of what will happen if black & white citizens realize they're on the same side-which is not the cops' side. Or the upper class' side.

This is how they destroyed any real power for unions in the south. Racism always has a use for the moneyed &  powerful. None for you.

Don't ever think that at the upper levels, they don't know exactly what they're doing. The chaos and confusion are meant for you, not them.

In the end, the‬ Ferguson PD will win, people will feel a glow for knowing it was tragic, and someone will end up with an Oscar eventually.

Because that's what always happens.

Me on Deconstructing Comics Again: Robert Crumb's "Book of Genesis"

Once again you get to hear me talk with the patient Tim Young about comics.  I can see you're already forgetting to breathe in anticipation! 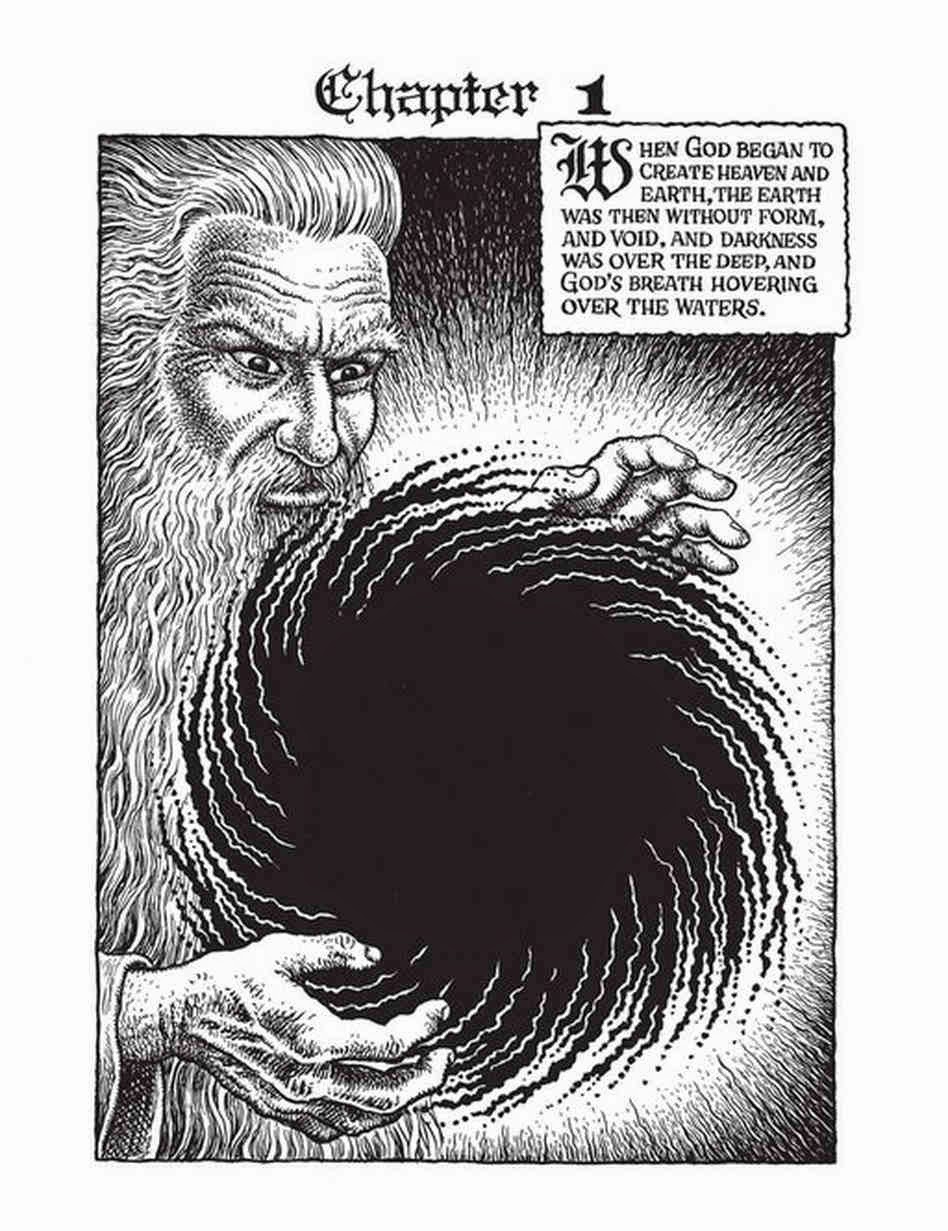 This time around, we're talking at length about Robert Crumb's complete adaptation of the Book of Genesis. And our verdict?.... Well, you'll just have to listen, won't you? THE SUSPENSE. 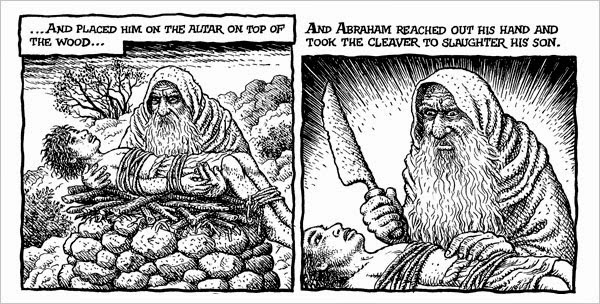 It's funny that those theology and scripture classes I had to take at DePaul & Loyola finally were some use. In talking about a comic. Which you can buy here.

So, let's see. Was Mike Brown shot for being black and teenage in front of a paranoid Ferguson cop?

Oh no, the cops say, it was for stealing cigars when the store called us about a robbery.

Except the store never called them about said robbery, nor now do the cops claim he was involved in one. And Officer Darren Wilson was unaware of Brown being connected with any robbery. All he saw was a young man with no respect for traffic planners and took action, brave fighter for law that he is.

And it took a whole week of their making war on their own citizens for having a problem with their having shot a young man who hadn't hurt anyone to even float that bullshit story, or indeed even a pretense of needing to explain why. But then they had more, because we all love a story. Robbery didn't take? Well...

Oh, then it was for walking in the street, because people know they'll get shot if they do that. Perfectly justifiable.

Tomorrow they'll say they didn't kill him at all, because like all black teens he is in fact a zombie. Or a vampire. Or a zombiepire.

And I just think about how cops take it when you keep changing your story like you have no respect for their intelligence.

Meanwhile, now that the militarized, reactionary Ferguson PD is off the job and the state PD are there to protect the citizens, here is how things are tonight. Here are said citizens, protesters, guarding a local business from being looted.

One wonders why the Ferguson PD wanted to exacerbate the problem so, and how badly they wanted their bullets to be lead rather than baton rounds. 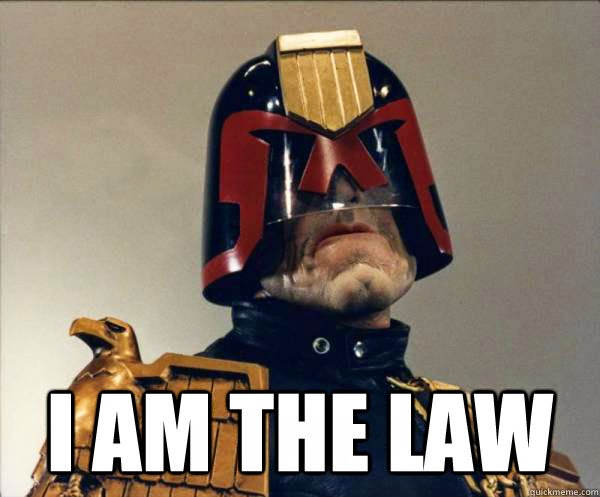 And one definitely wants their toys taken away. Barney Fife does not need a tank.

04 August 2014
So: I'm in the Catalog for the "Wedekind's World: Theater, Eros, Provocation" Exhibition in Munich (Updated)

So I mentioned there was other news connected with LULU that I'd tell you about.

Last week the exhibition manager of the Deutsches Theatermuseum in Munich asked me for permission to use two pages from LULU in their exhibition catalog for a show they're doing on Frank Wedekind, the author of the LULU plays.

See below for the pages they asked to use. One is from the story, another is a character design sketch from the appendix. (click each to enlarge) 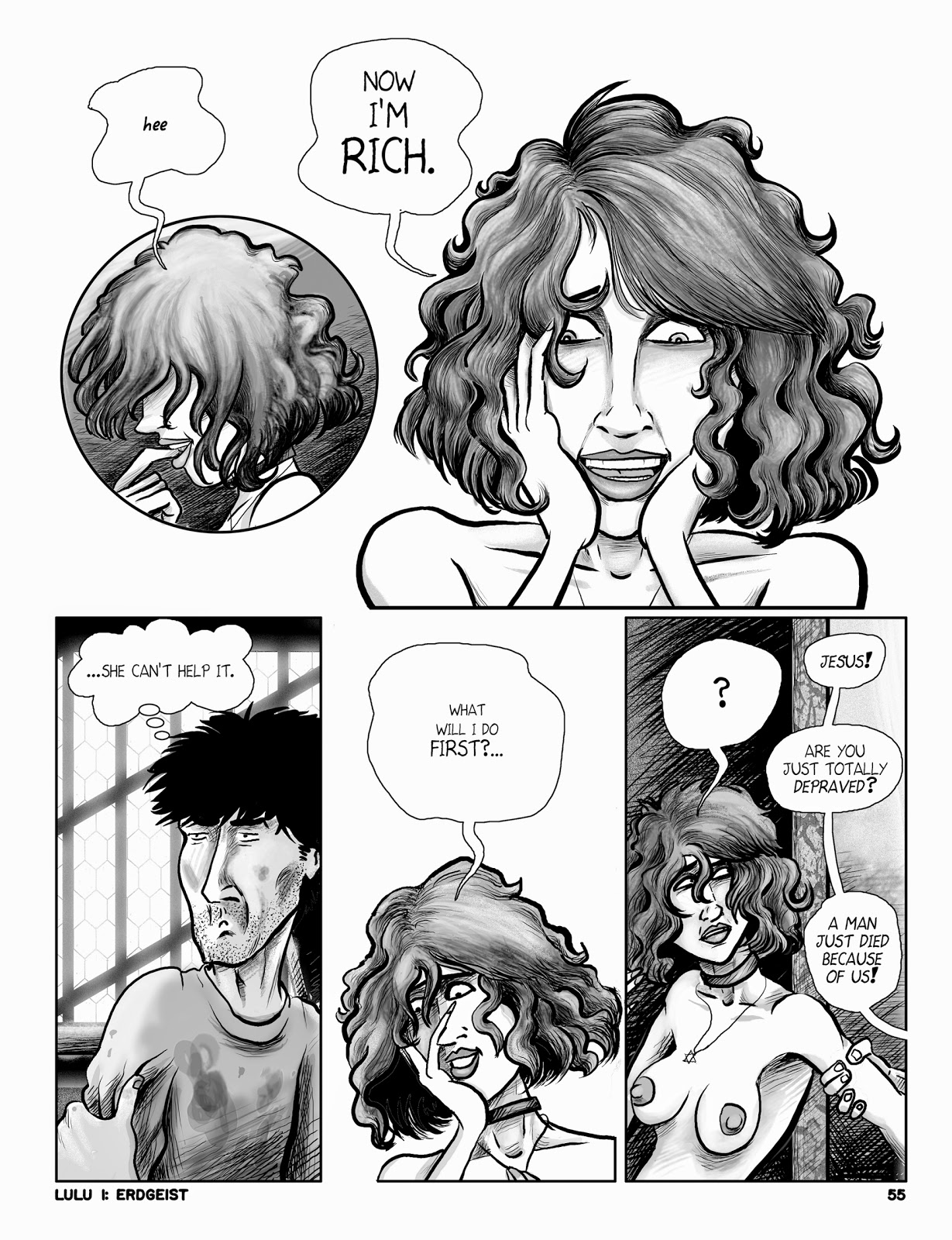 A pretty big retrospective, it seems. This is rather an honor, even if I'm only a tiny part of this and won't get to see it. LULU may not be well-known here, but it certainly is in Germany, so to be included at all in a show about Wedekind is extremely flattering.

Of course, it may have some bearing that there's not much more of him represented in comics--mine is the first and only attempt to do a full comics adaptation of the plays. Other than that I only know of Alan Moore and Kevin O'Neill's brief two-page treatment of the conclusion of PANDORA'S BOX. But hey.  I'm grateful they thought of me for whatever reason. 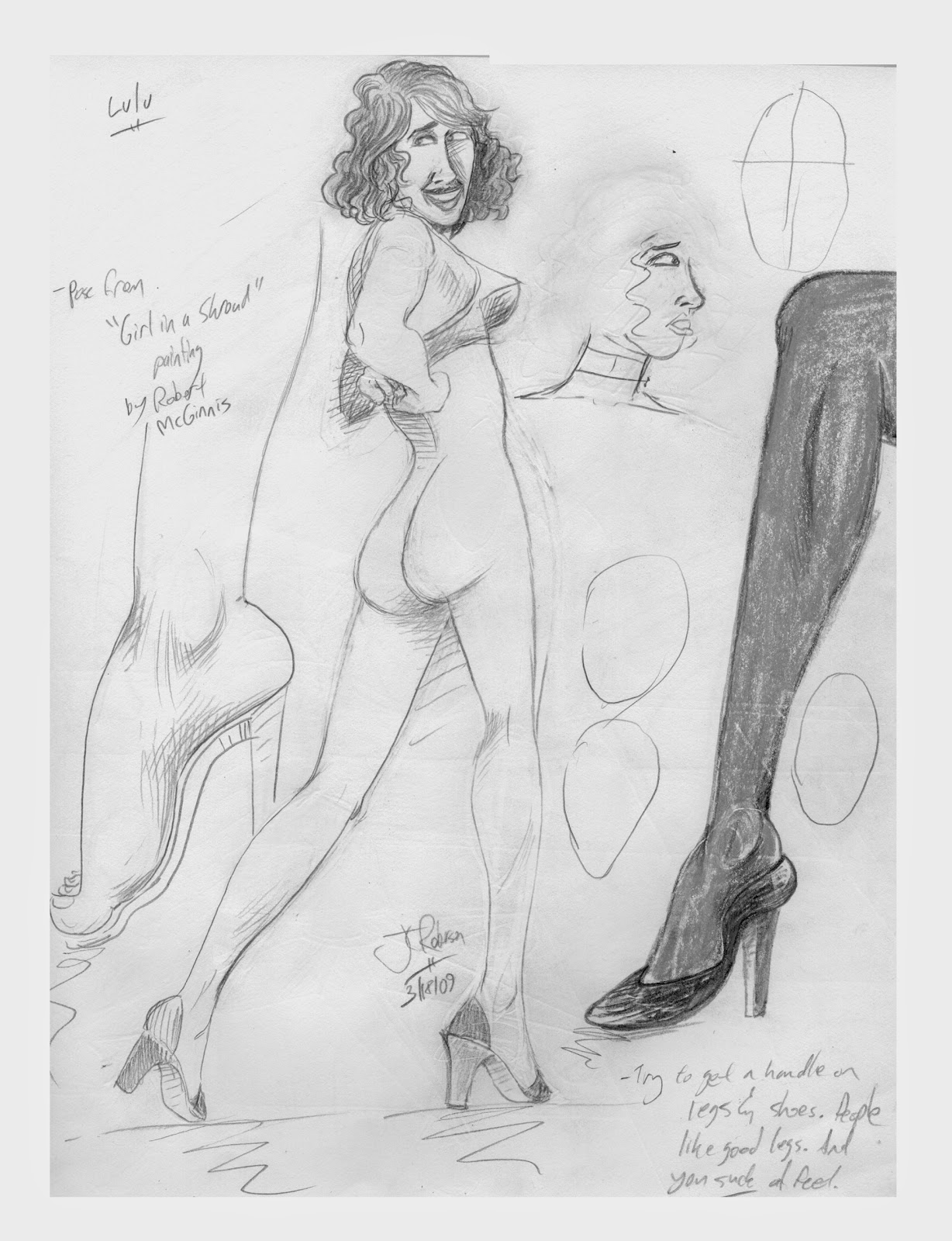 The exhibition takes place in late July to mark the 150th birthday of Wedekind (July 24), which I had no idea was coming up. The title of the exhibition is "Wedekinds Welt - Theater, Eros, Provokation" (note: site is in German), and apparently it will be covering many versions of his work over the last century, as well as works inspired by his, such as Guido Crepax and his fixation on Louise Brooks, the most famous Lulu of all. 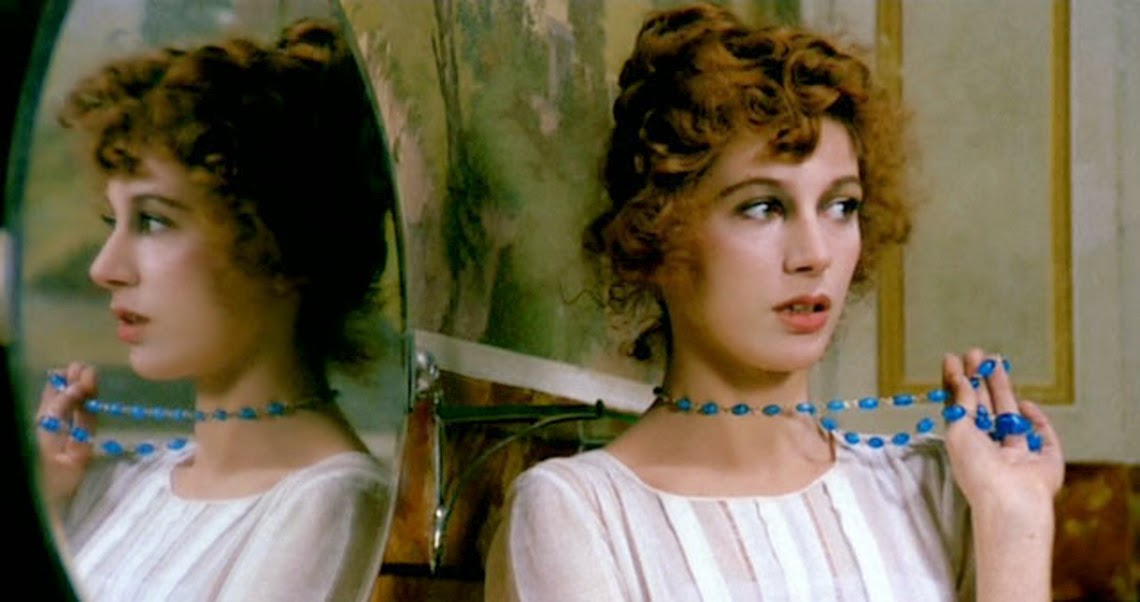 And speaking of weird fixations on legendary sexy actresses, they say they will be speaking to some degree (not at length, I'm a minor one of many much more worthy adapters of Wedekind covered) about the connection of my version of Lulu to the great and beautiful Italian actress Stefania Casini. As most of you know--because I never shut up about it in interviews--I based my version visually, and to some degree spiritually, on Casini. Not precisely--I think I only relied on photoref directly for one or two panels--but just attempting to catch something of her look and attitude, imagining how she might have played the part.

I even had the pleasure of telling, and thanking, her recently, and she's...flattered. Which is something I think is kinda neat.

Anyway, there's something for people who think I never talk about anything nice. And looks as though all that money I spent on those years at the Goodman School at DePaul went to something for once. Well, not really.

Oh, and here's the latest inked (pre-lettering & greys) page of the next chapter. 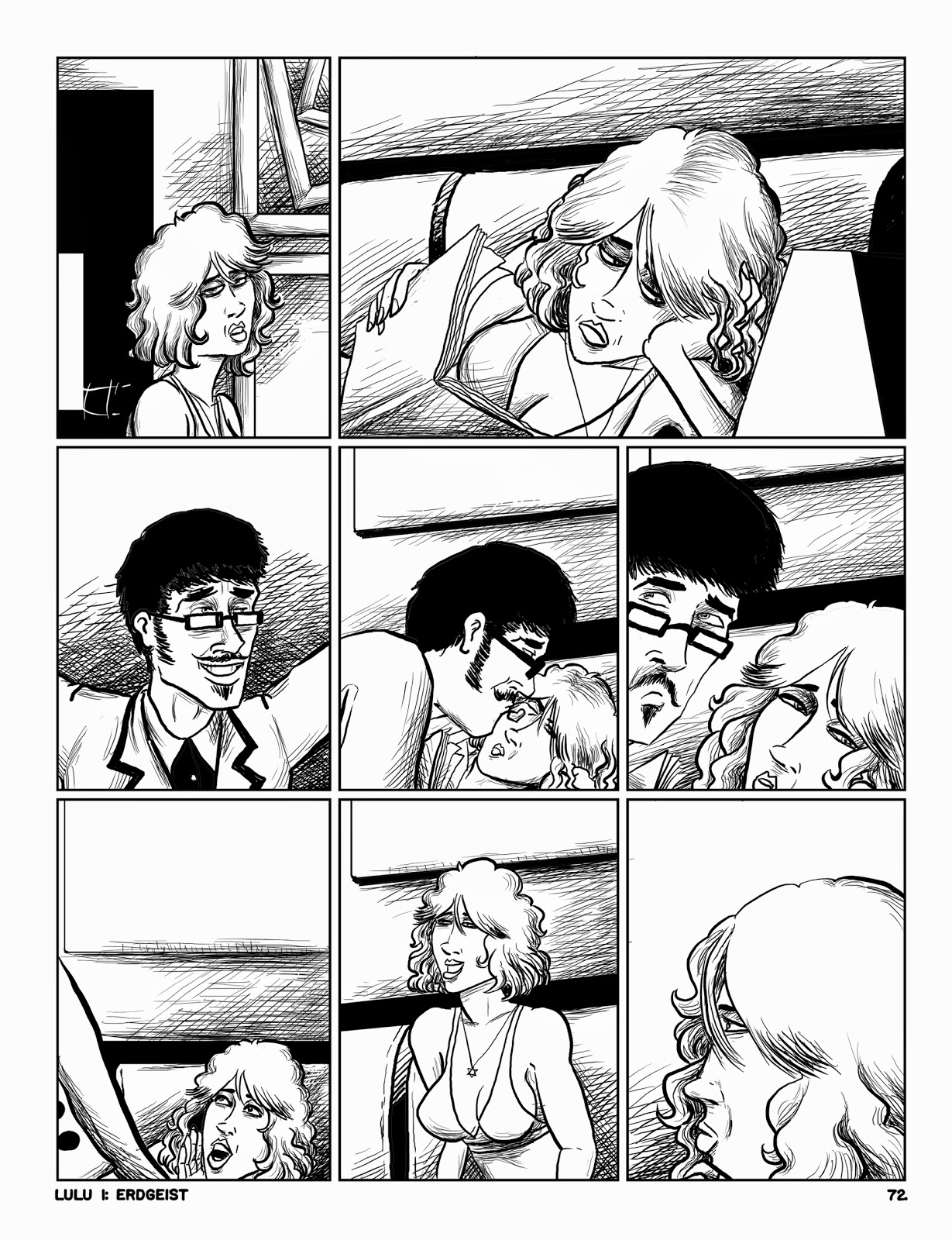 Update: just got the exhibition catalog. Very nice, big book, and I'm on 2.5 pages of it I can't read, because it's in German! (Update: but I now have a lot of the gist of it thanks to some help; click here) But a great honor nevertheless. Also nice to be right next to Guido Crepax in the book. 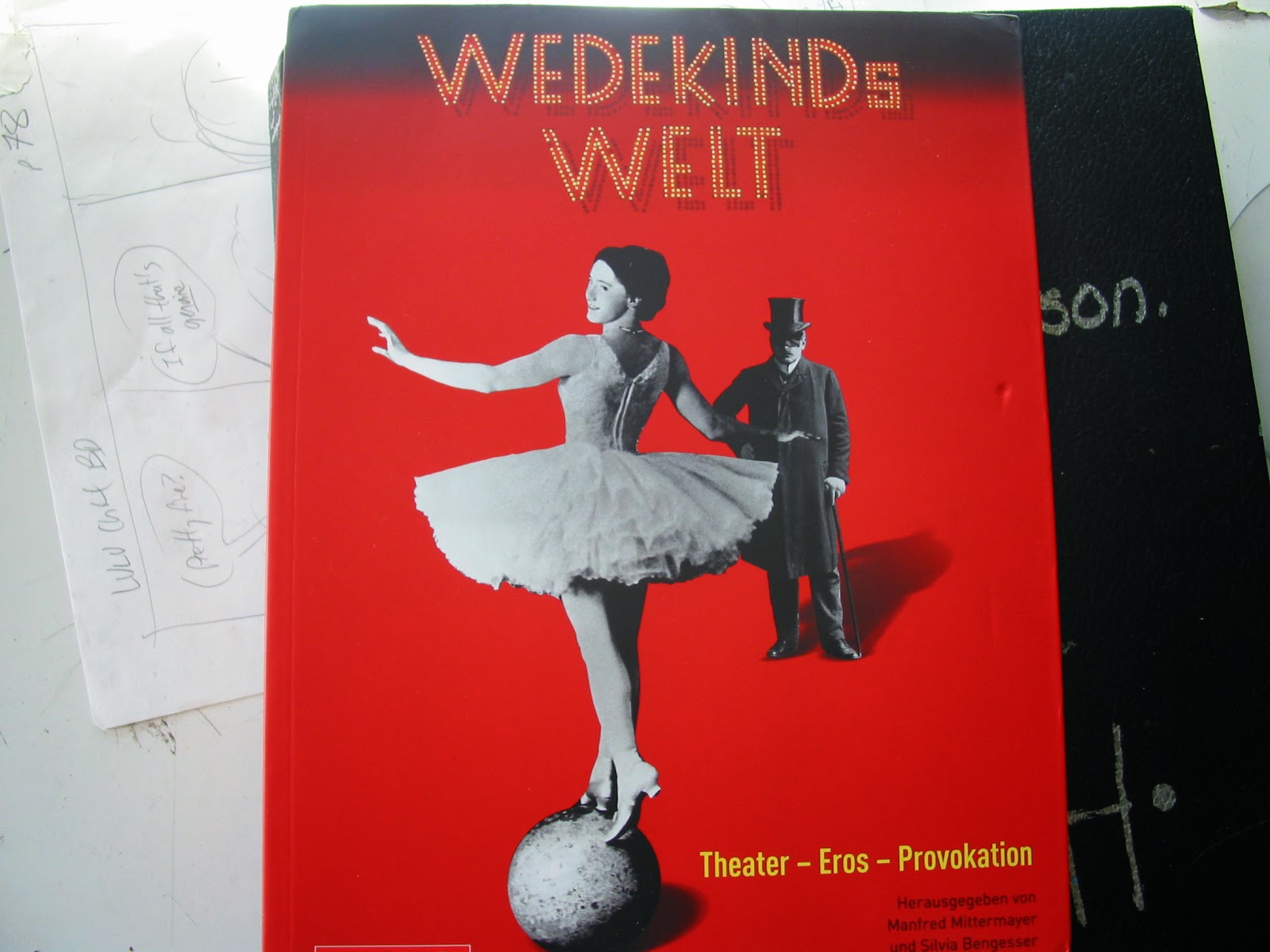 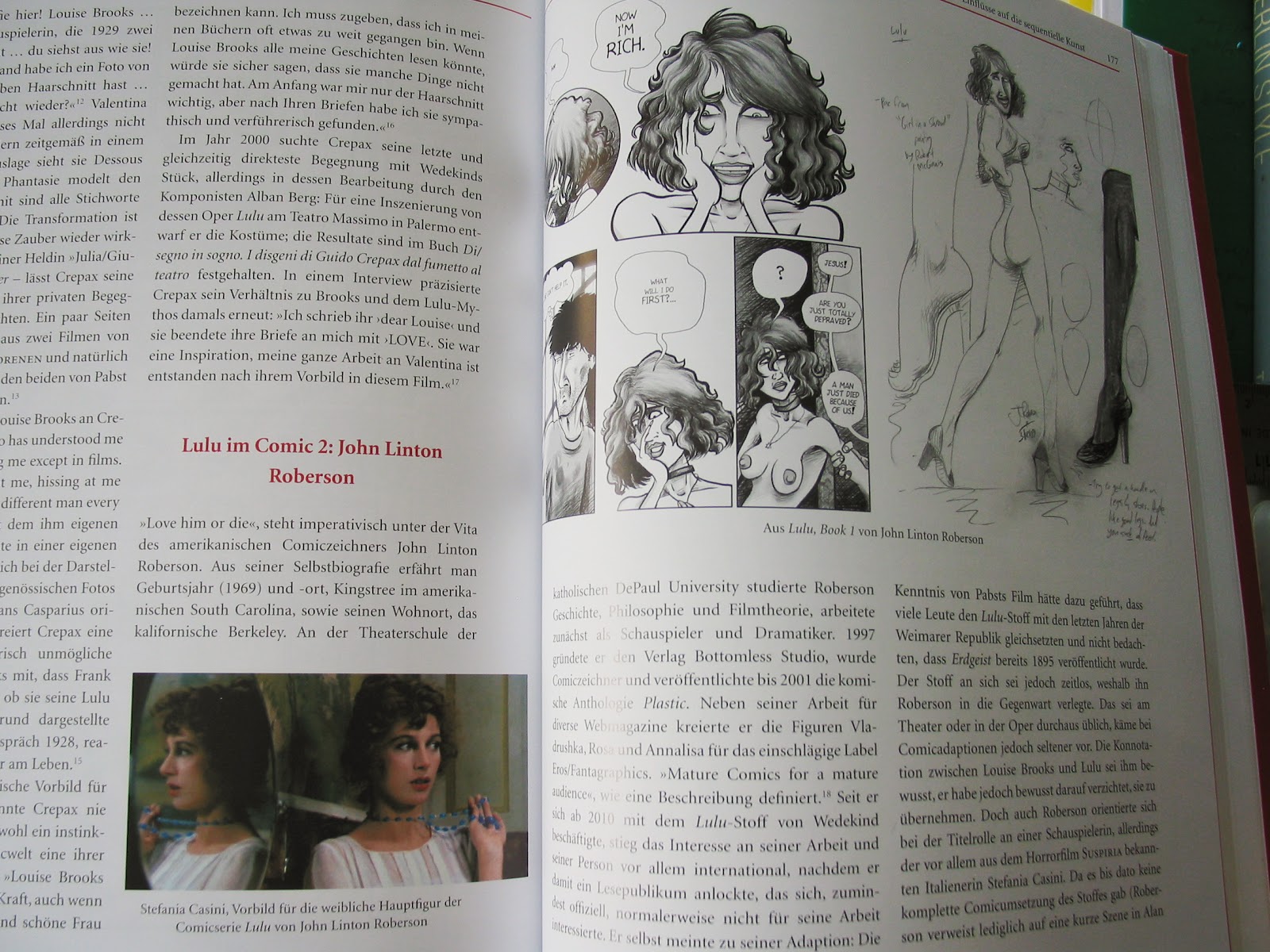