Many of you might recall my cat Artemis, whom I've posted about here from time to time. Some of you were kind enough to help me financially to get her to a vet during my long period of unemployment a little while back. (and again, thanks to each of you)

So I should tell you that last Monday, Artemis died after a month's illness, starting with a mysterious lump appearing suddenly on her head. She soon after stopped eating--she had an appetite but threw up if she tried to eat, so would only go to her dish, think about it a moment, then walk away sad, getting thinner and thinner. I had to put wet food in her mouth myself for the last 3 weeks. She'd eat it then, but wouldn't on her own.

The vet was still putting her through tests when she eventually dehydrated last Monday, going into gasps all morning.  I stayed home from my day job, trying my best to comfort her. The only thing she liked at that moment was being brushed, so I just kept brushing her. I don't think her fur was ever smoother. She would take no food at all. But she still hung on.We already had an appointment for her later that day, but had managed to move it up.

She tried. She fought to the end. There had been more than a few scares with her over the years, some (most, really) very recent, and she'd said "fuck you" to death each time. Artemis was the Cat That Wouldn't Give Up. She had just recovered all her weight and fur from last year's illness, and had never been so happy and content in her life. Then one day, a lump out of nowhere at the base of her poor little skull, because if there's a god he's pretty damn cruel, I guess, and all that soon went away.

The damndest thing can change in an instant.

We put her in the carrier to take her to the vet. And then she suddenly died, just like that, when I left the room a few moments to visit the restroom before we left. And so the stupidest thing possible kept me from being with her when it happened.  She didn't even really look dead. I had to keep checking that she had really stopped breathing.

She just looked confused that her body had given up. There was so little left of what had once been a very big and healthy cat. We buried her next to Sunny. It was one of the worst days I remember since...Sunny died, really.
And so, along with Sunny just a little over a year ago, both the cats I came here with, who have been with me for years, are dead. They were just about the only friends I had in my five years in Seattle, and Artemis had been with me since 2006 in Chicago. Sunny was somewhat old, older than I had known. But Artemis wasn't even ten.

And she was the most devoted, loving cat I've ever seen. An ex-girlfriend once remarked, "Artemis doesn't 'love you.' She's 'in love with you.'" I used to call her my little stalker.

The one-year-old Charlie is still about, of course. And he's pretty sad. I tried to stop him, but he saw Artemis' corpse and sniffed at it before we could cover it. I don't know how a kitten takes such a thing. I'm hoping he's still young and shallow enough to let it pass. They had gotten very close. 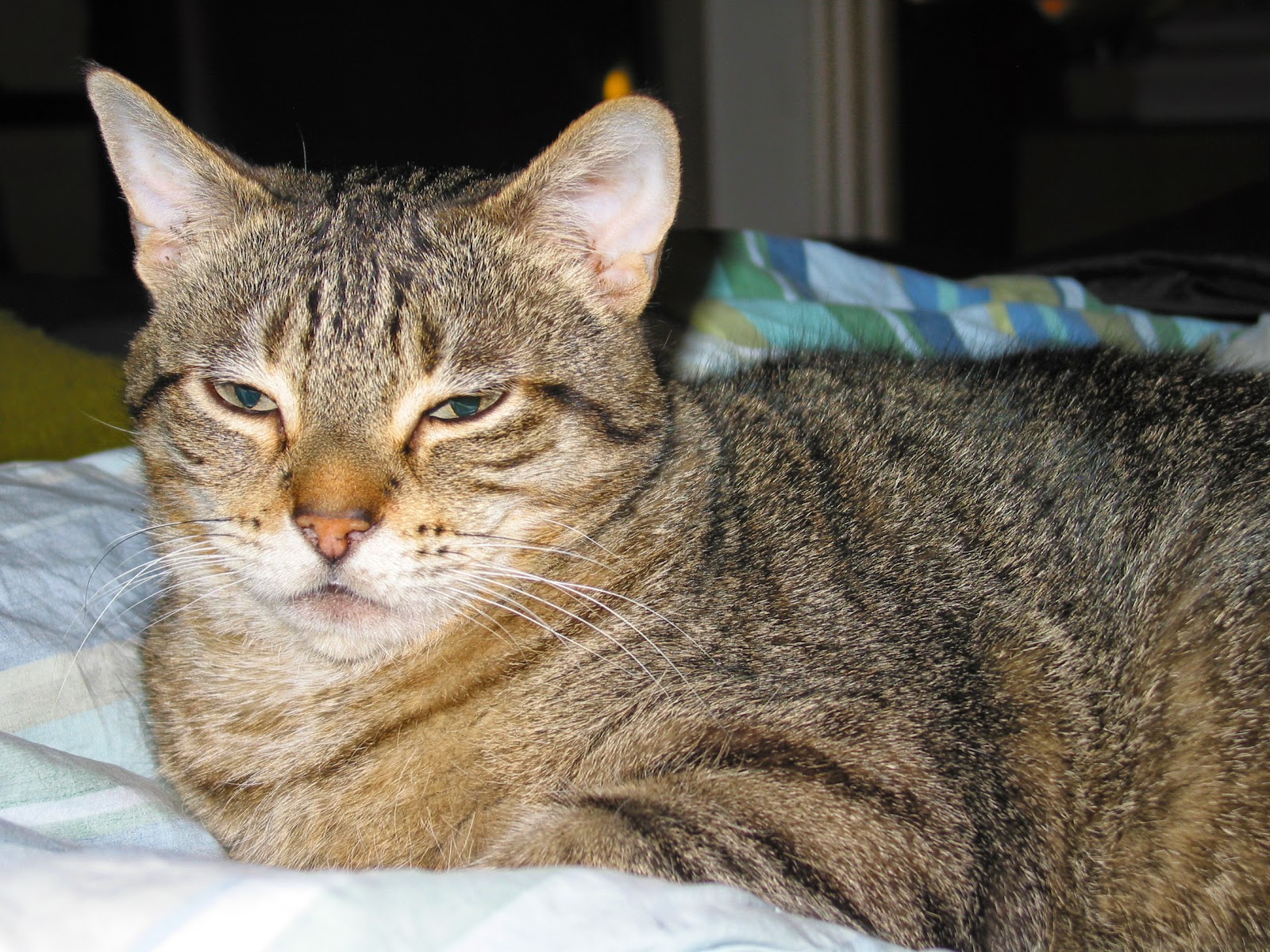 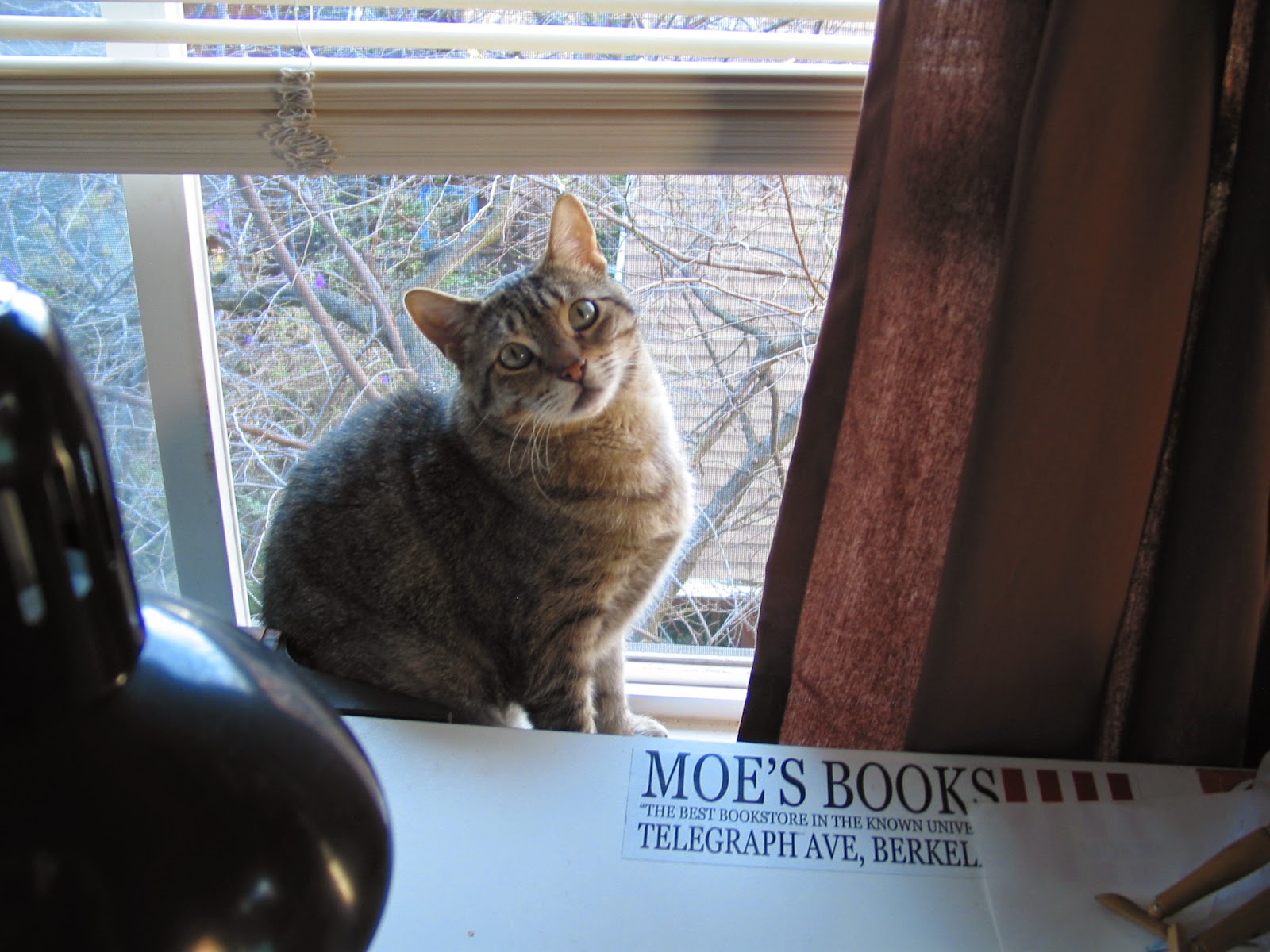 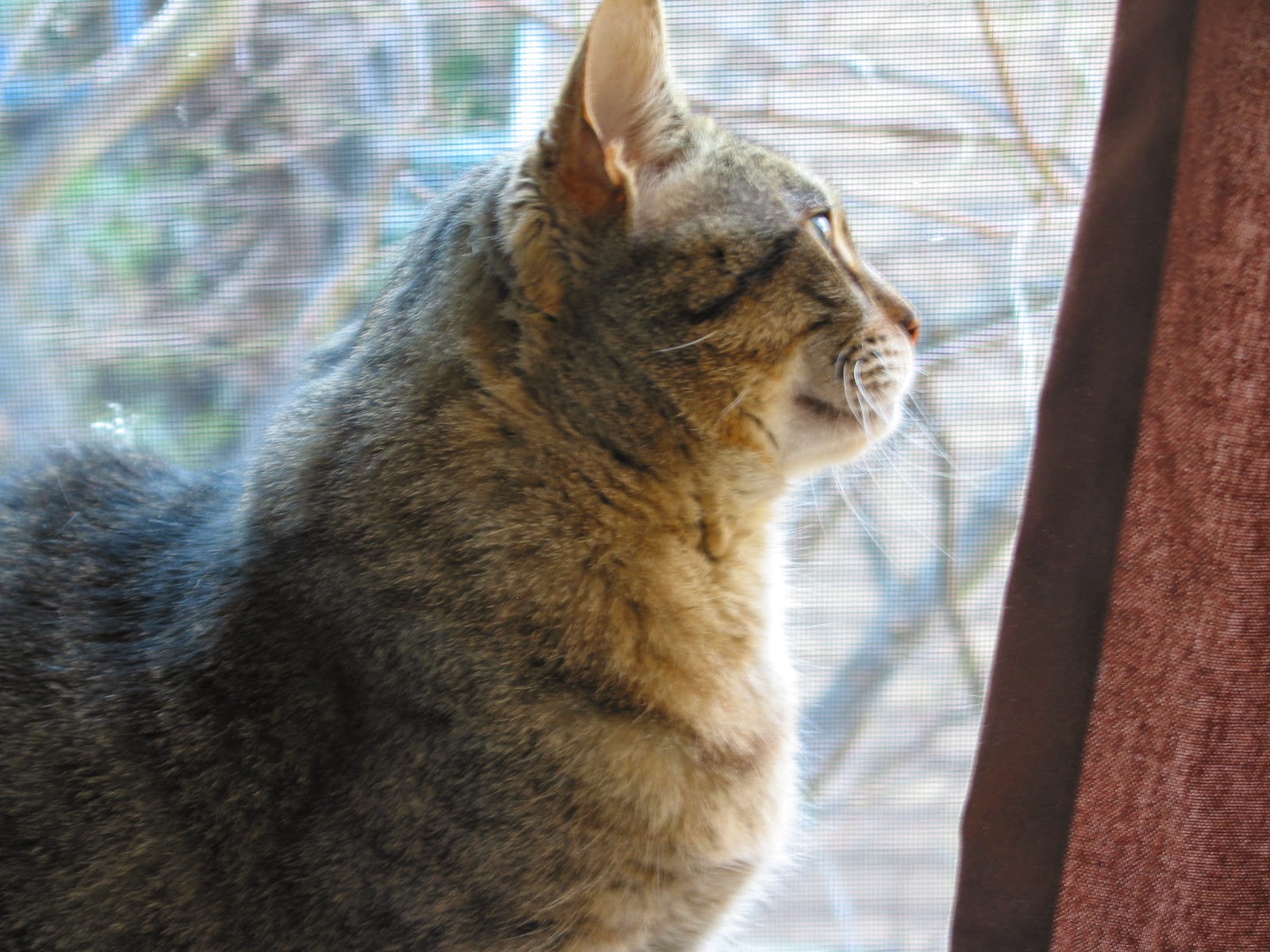 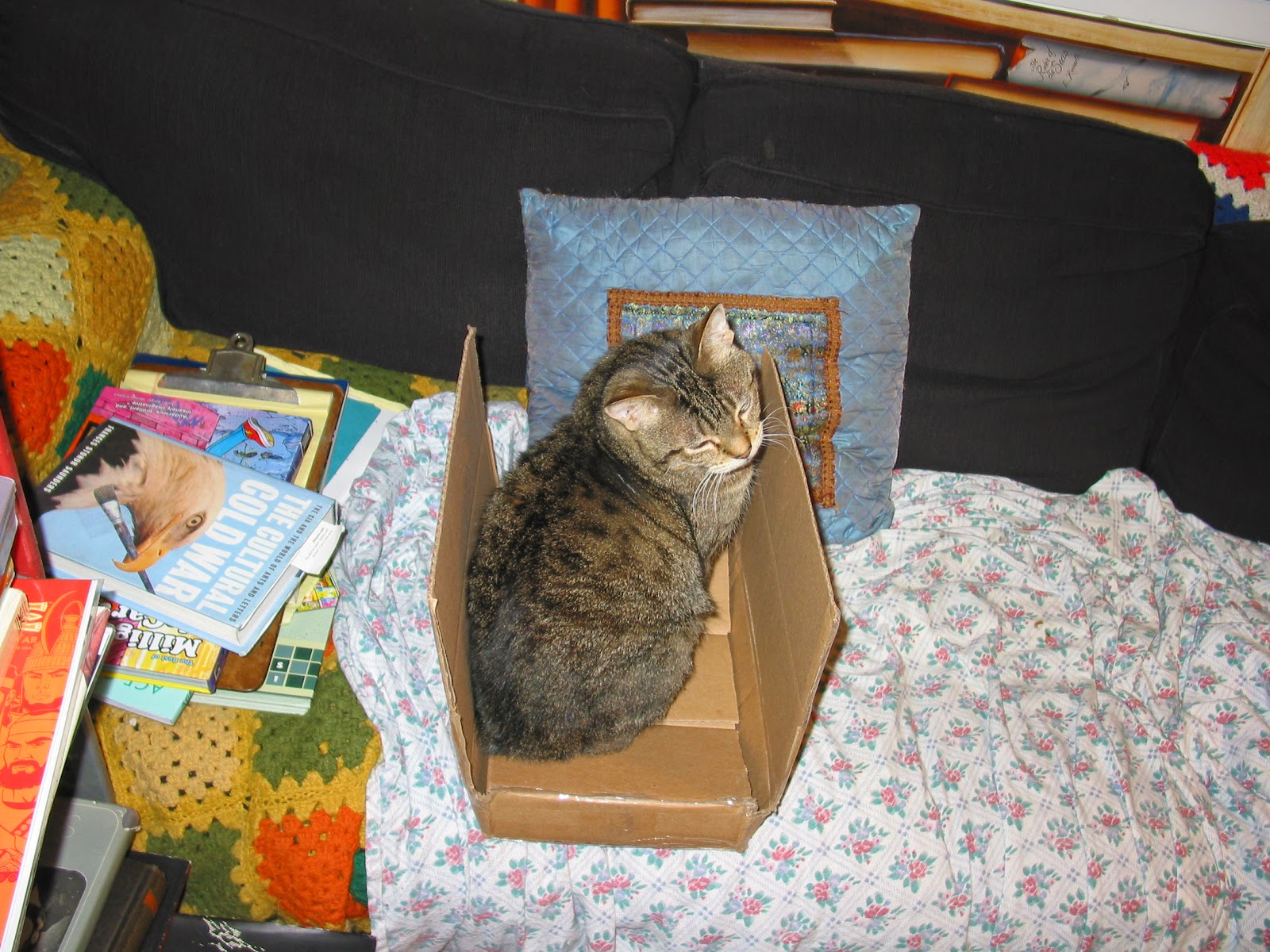 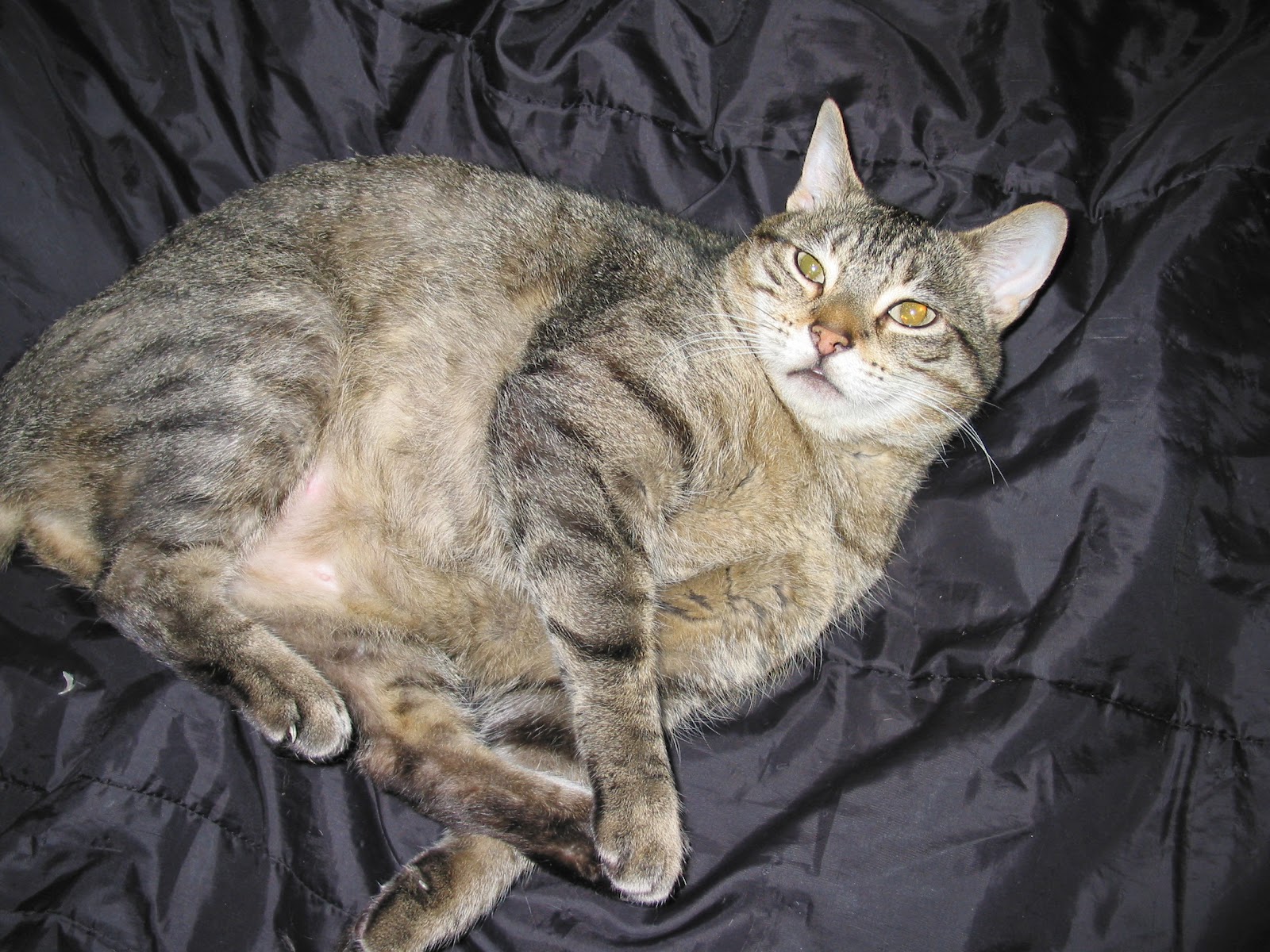 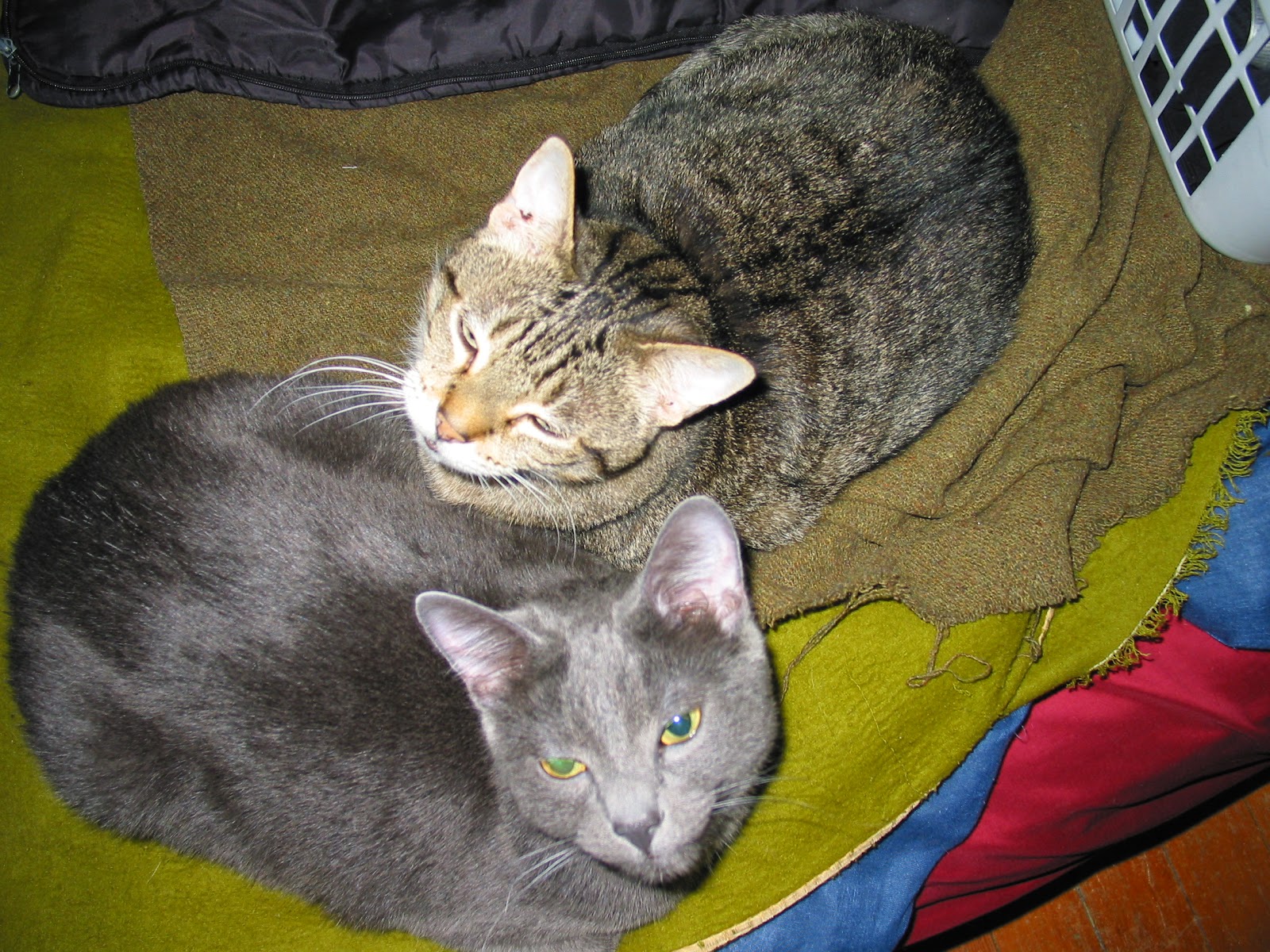 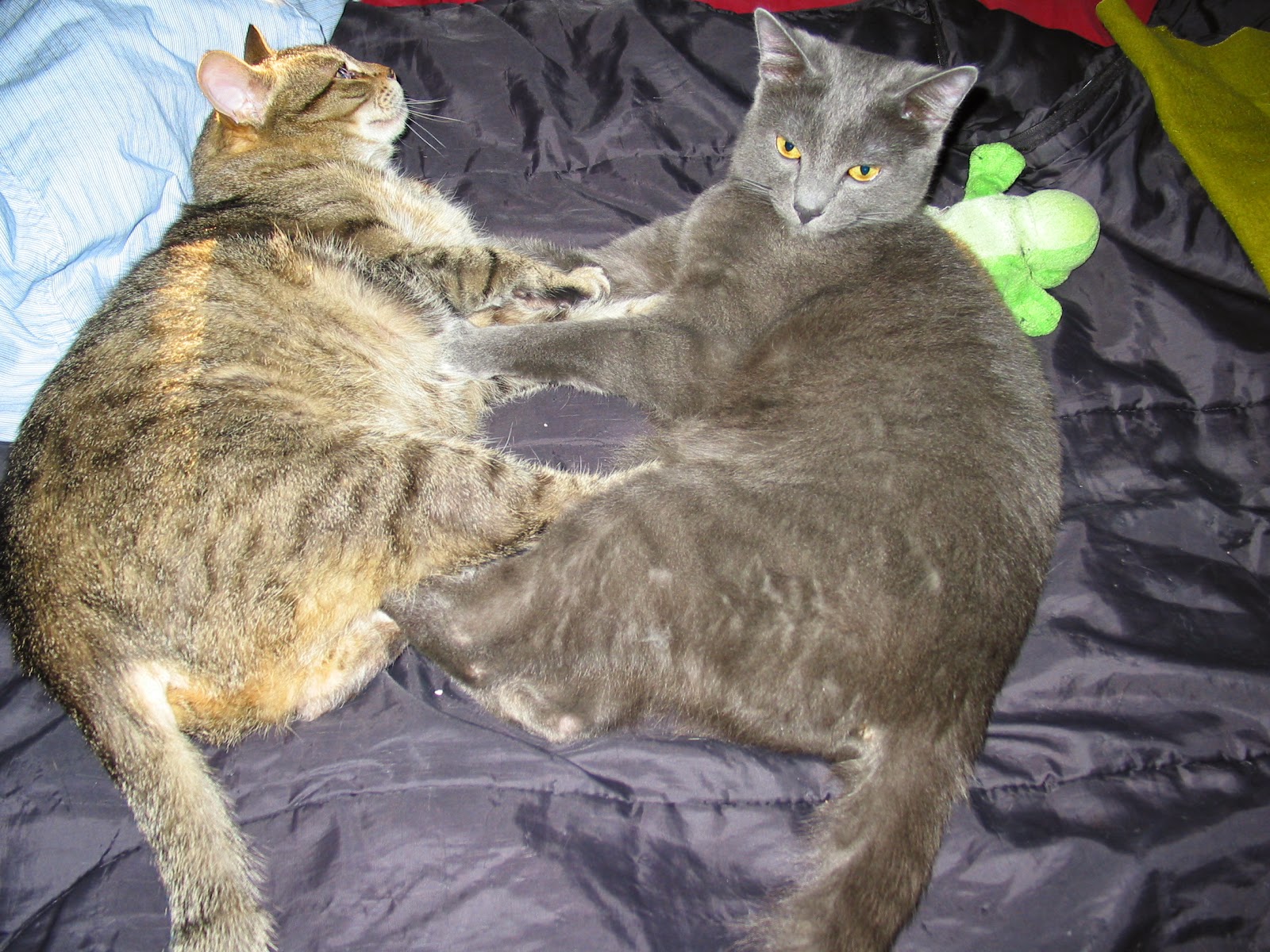 I still expect to keep seeing her.


Labels: Artemis, cat, death, it's all about ME


Right before it collapsed, each and every time, people said we had entered a new era where we could only go up.

Zombies are just one of our many ways of avoiding the fact that a dead body is nothing, just an inert fleshbag of garbage.

To confront that fact forces you to create a meaning and shape for your life. And what could be more terrifying than that?

The single most influential piece of British comedy, as close to complete as you'll ever see. Enjoy, and have a happy weekend.

Watching Terry Jones' MEDIEVAL LIVES, a particular fact in the "Damsel" episode (here's the video cued up to the pertinent bit, but I recommend watching it all afterward below, embedded) I was struck by:

So to recap: if a husband was unable to perform for his wife, his frustrated wife could in turn seek redress in court, and the husband would be subjected to examination--of whether his member could function--by "respected women."  (before you start panting, this would generally mean "quite aged")

This implies an openness and matter-of-fact attitude about discussion of sex. Rather than some untouchable mystery, it would be treated as something as normal as eating or working, and to be dealt with as practically. Indeed, the medieval era has always been known to be relatively open on the subject, certainly far more so than the Victorians or even the Renaissance (who, Jones reminds us, were the ones who gave us witch-burning, and mostly as an overt means of destroying women's status in society). And--partly due to a shortage of labor for a long period after the Black Death--women had greater rights at that time than they did at any point afterward until very recently.

In times sex can be discussed openly and freely, women usually have more rights than in times it cannot. In times when women's rights are ebbing, it tends to be fiercely repressed: the Victorian era would be a particular example.

Possibly because if talk about sex is freer, the possibility of men being criticized for their sexual shortcomings is also greater. And going with that, the lessening of an inherent assumption men should be in charge.

The subject of sex is censored in societies only to tighten the hegemony of men.

12 July 2014
Printing the Legend is Lying: A Small Rant About 24 HOUR PARTY PEOPLE

I happened by chance to come across an old Guardian article that kind of annoyed me. Or reminded me of an annoyance, when I first saw 24 HOUR PARTY PEOPLE. Tony Wilson, remarking on the film: "It's all true, it's all not true. It's not a fucking documentary." And even in the film this attitude is directly expressed, to favor "myth" over facts. The "print the legend" quote from MAN WHO SHOT LIBERTY VALANCE--one of the most deeply cynical classic films ever--is used as justification.

Now, I don't mean to pick on a dead man here. But I guess I will, because this reminded me of  some problems I had with this when I first saw it in 2003. One major one is: of course you would favor the myth, Tony, because it makes you look like such a damn hero, walking around as handsome and witty Steve Coogan in those lovely coats and scarves. These bands never would have made it but for you and the story of Manchester music is all about you even though it doesn't include the fucking Smiths. (whom I don't like, but I certainly don't deny their importance) Which is even mentioned at the end. Just the same, the sense is given throughout the film that somehow what you're seeing is the dominant current of What Was Happening In Manchester In That Heady Time. So it has its cake and eats it too. It leaves one with the impression this is THE story, while excusing itself for its many lies.

It's all about just Wilson, Joy Division, and the Happy Mondays who nobody cared about five minutes after they crashed and burned and whose music (unlike Joy Division) has influenced absolutely no one in the long run. And there's nearly nothing about New Order, who MADE Factory Records. I don't care for them either, but I recognize that, as with the Smiths, I'm in the minority--they were and are huge.

Wilson is portrayed as the dashing hero/martyr/fool for Manchester music. You'd almost think he was its mayor.

Bullshit. Joy Division was made by themselves and Martin Hannett. If it hadn't been Wilson it'd have been another middleman parasite. Wilson was important and was good to his bands, but let's remember the film is a self-admitted prolonged piece of egomaniacal puffery, and, like all Michael Winterbottom films, is shallow as a puddle while posing as intellectual and postmodern. It's not a bad film, as a film, if you're just looking for something entertaining. But it poses as more.

I would also venture that the myth is what people already know. Why not surprise us instead with what happened? Surely that was sometimes interesting.