I Didn't Write That!
25 May 2014
Deconstructing Comics: A Talk in Berkeley with Deb Aoki, Jason McNamara, Tim Young and Me (podcast)

In April, Tim Young, visiting from Japan, made a stop in the Bay Area during his "Tim Across America" series of podcasts for the mighty Deconstructing Comics in which he talked to various comics folk as he went...across America, like it says. Anyway, when he came here and wanted me to be part of a round-table talk, I suggested as a meeting place Sack's Coffee in Berkeley. Because it's friendly, its coffee and pastries are nice, and best of all, it's on my block. I didn't tell them that at the time, I think.

Tim had myself, Deb Aoki, and Jason McNamara talk about everyone's favorite bête noire, the monster that is corporate comics. It was a far-ranging discussion and, as seems usual when I'm on the show, went quite long. I had a lot of nasty things to say about DC as usual, but a number of nice things to say about Marvel, as it happens. A number of other subjects touched on as well, including that crazy asshole who had a successful comics Kickstarter and then lost his mind, and filmed himself burning the comics he printed, apparently because he'd miscalculated shipping costs and somehow this was the donors' fault. I did not know about this prior to the discussion. A bit shocked.

(BTW - If you want a worthy project to donate to, though, try this one)

Check it out here. 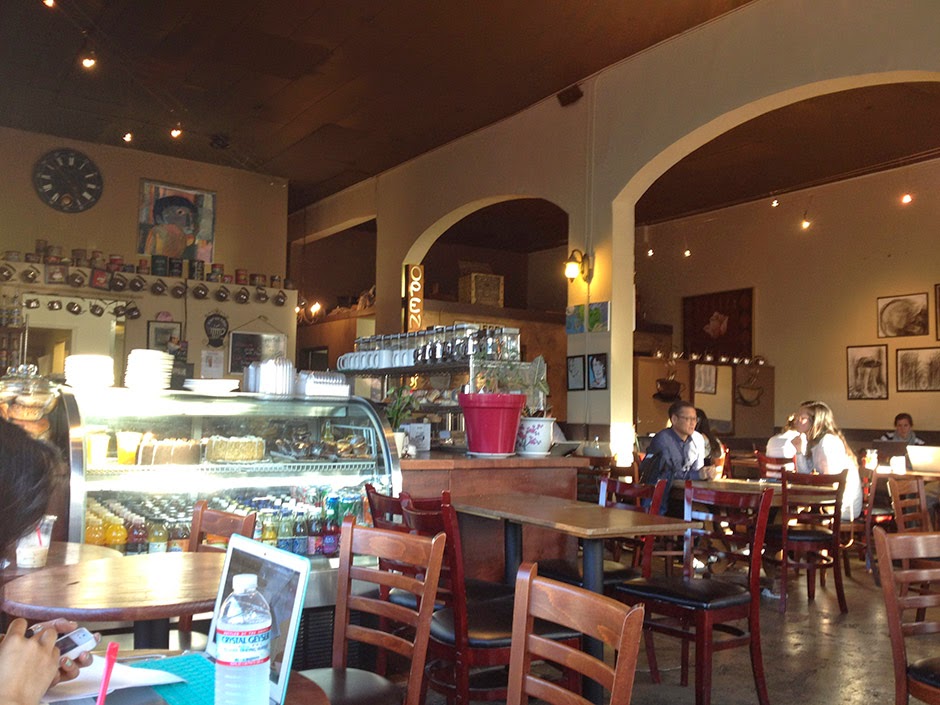 
Some sketching for an upcoming sequence in LULU, in which we see the return of the mysterious sleazebag Schilgoch, last seen in the prologue of Lulu's childhood in book 1 (now available at Amazon and Comixology), here homeless and asking for stuff. Click images to enlarge. 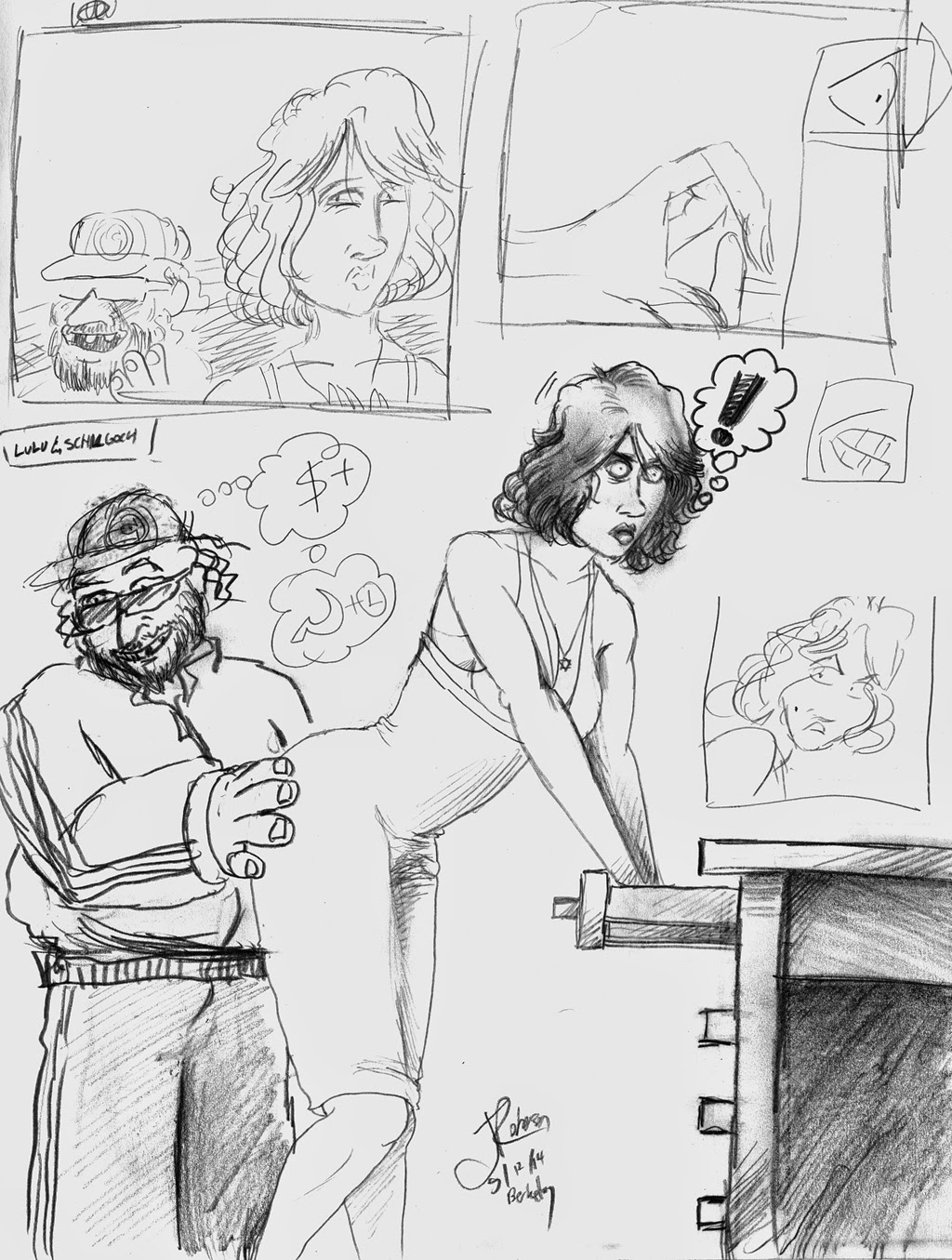 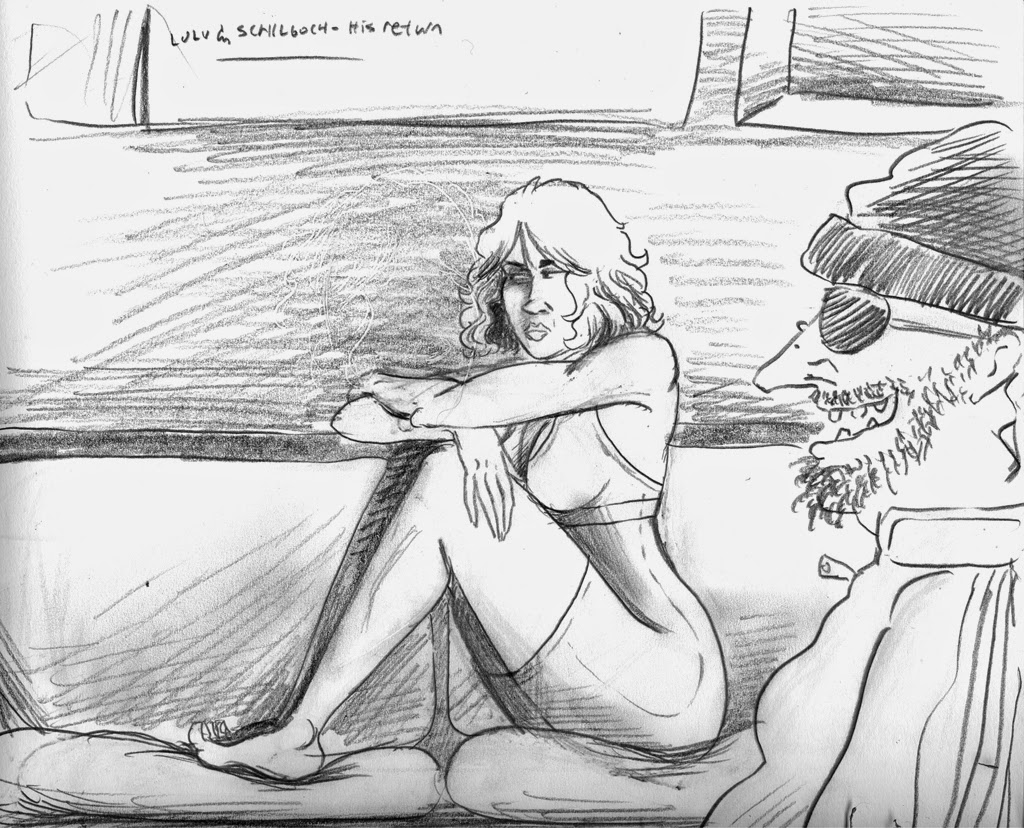 Some new and nice developments with LULU by the way, which I'll tell you about later. Still hard at work on THIS SICKNESS #8 and will post more--watch for it.

Some new inked (before lettering and greys in the published version later) pages from the upcoming LULU chapter 4, to be published in THIS SICKNESS #8. This I intend to have out this year, by fall. Really. I say it enough times to myself and it shall be true.

As mentioned before, it will also include SUZY SPREADWELL and UNCLE CYRUS. This is why you haven't seen much blogging lately--hard at work, but full disclosure: also got sidetracked for a week by a Game of Thrones binge. Yes, that has sucked me in too.

Shorter updates can always be found on the Bottomless Studio Facebook page and far too much Twitter.

Anyway. Here. New artwork. And if you don't yet have your copy of LULU Book 1, get it at in print at Amazon or in digital at Comixology. Which are kind of the same thing, but either way... Also, having recently become the last person on earth to buy a smartphone, I'v enow seen what it looks like on a phone. Comixology's presentation of it is excellent; you have to read it to see what I mean. I'm very happy with it, and I'm not happy with anything.

Oh, and I got engaged. Back to work. 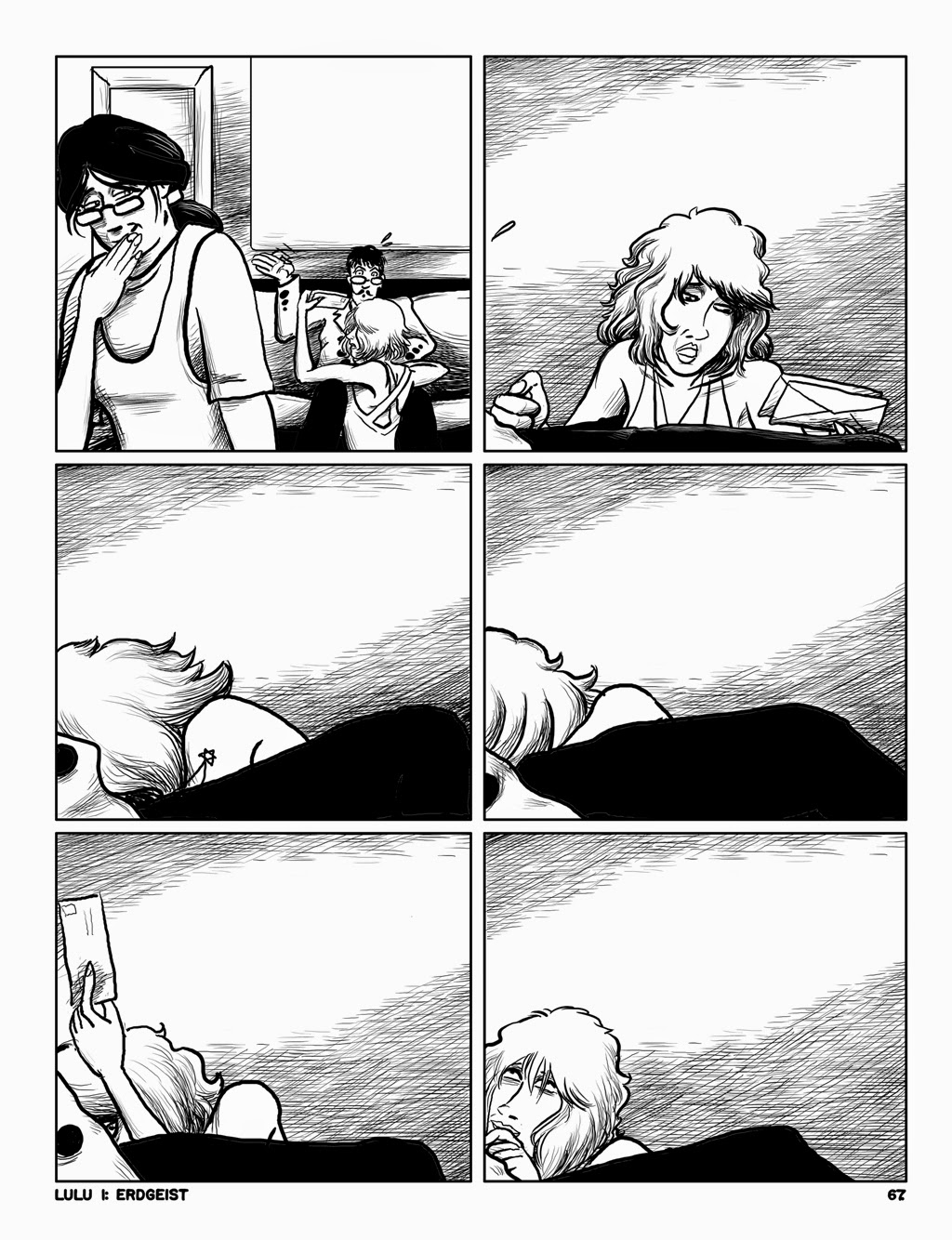 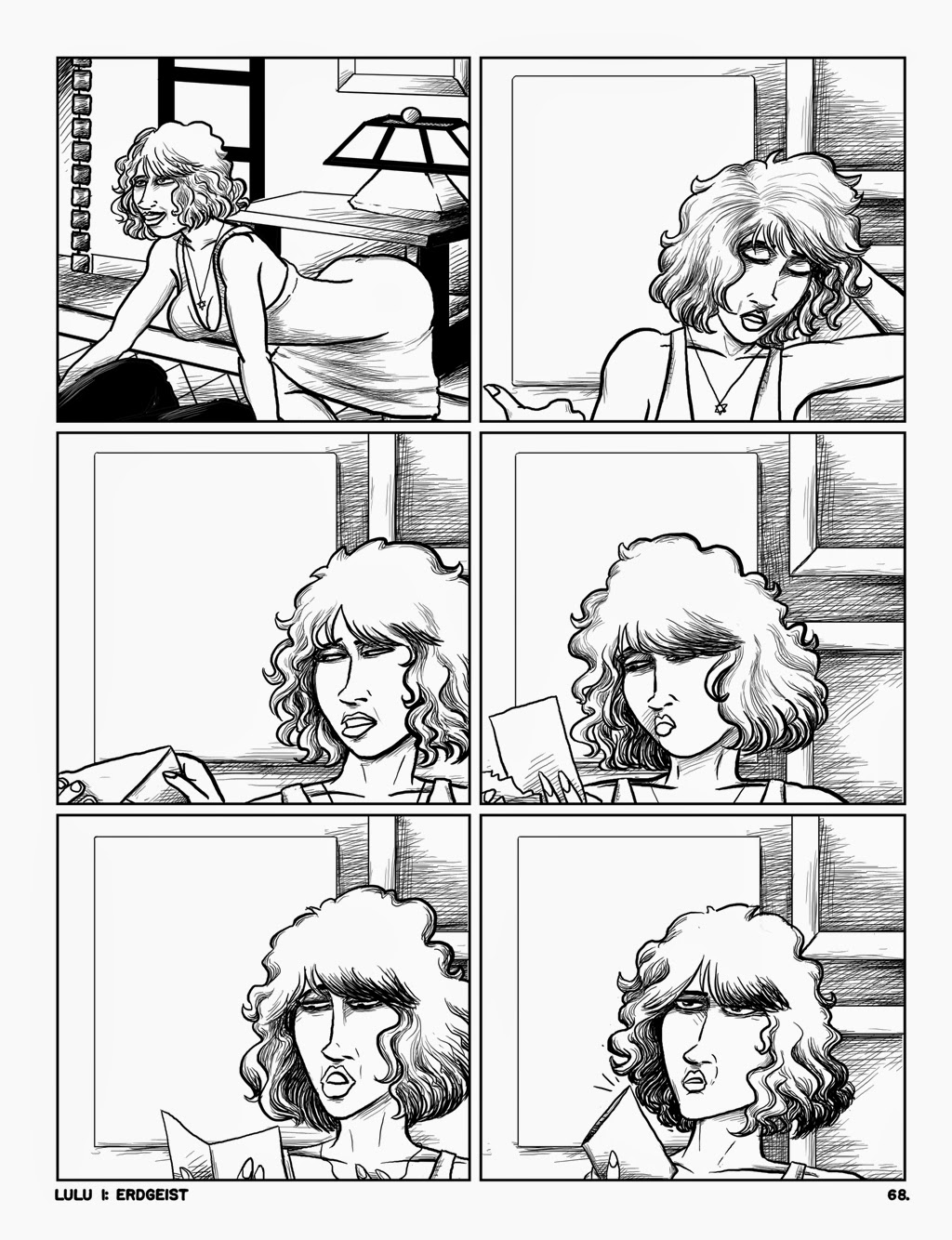 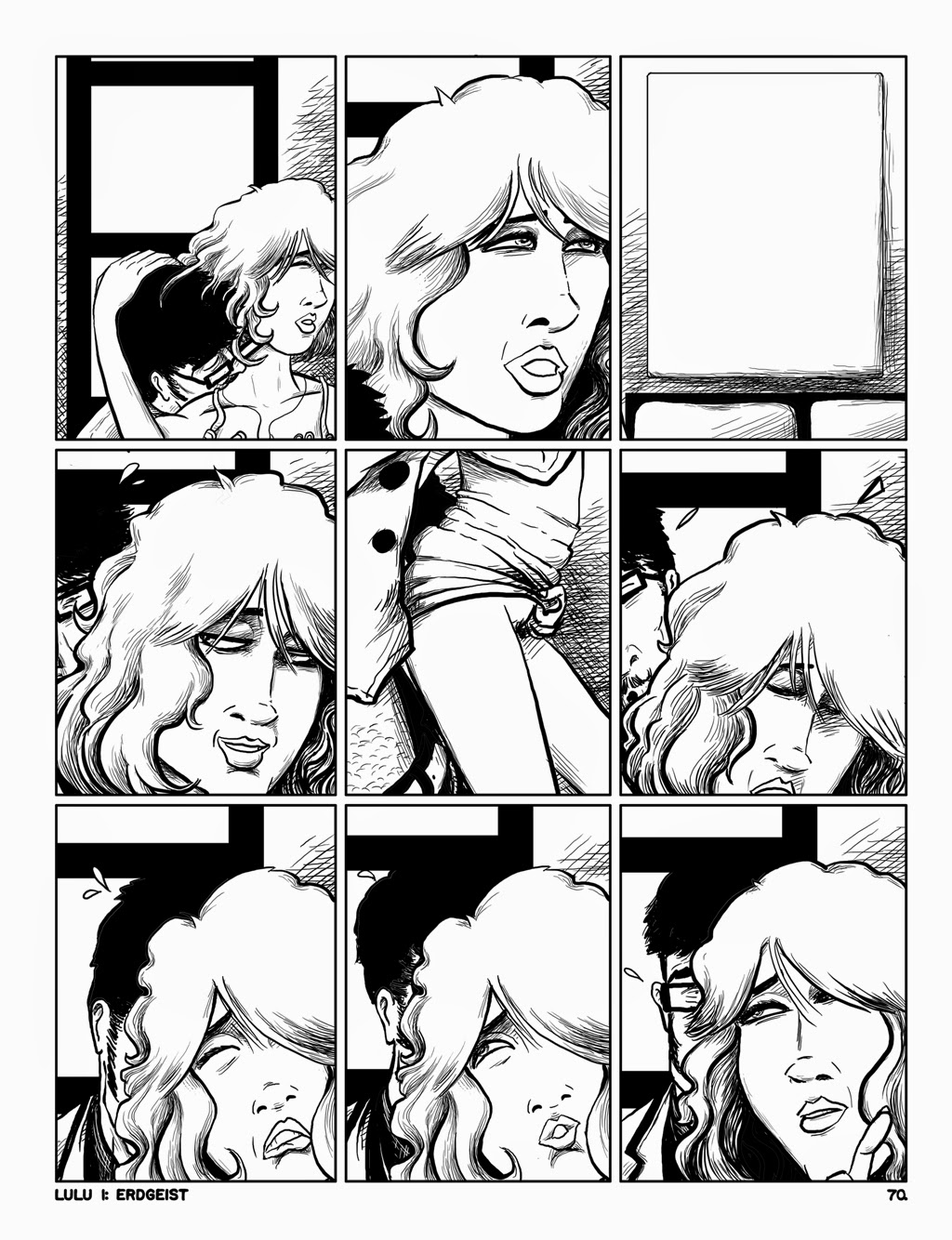 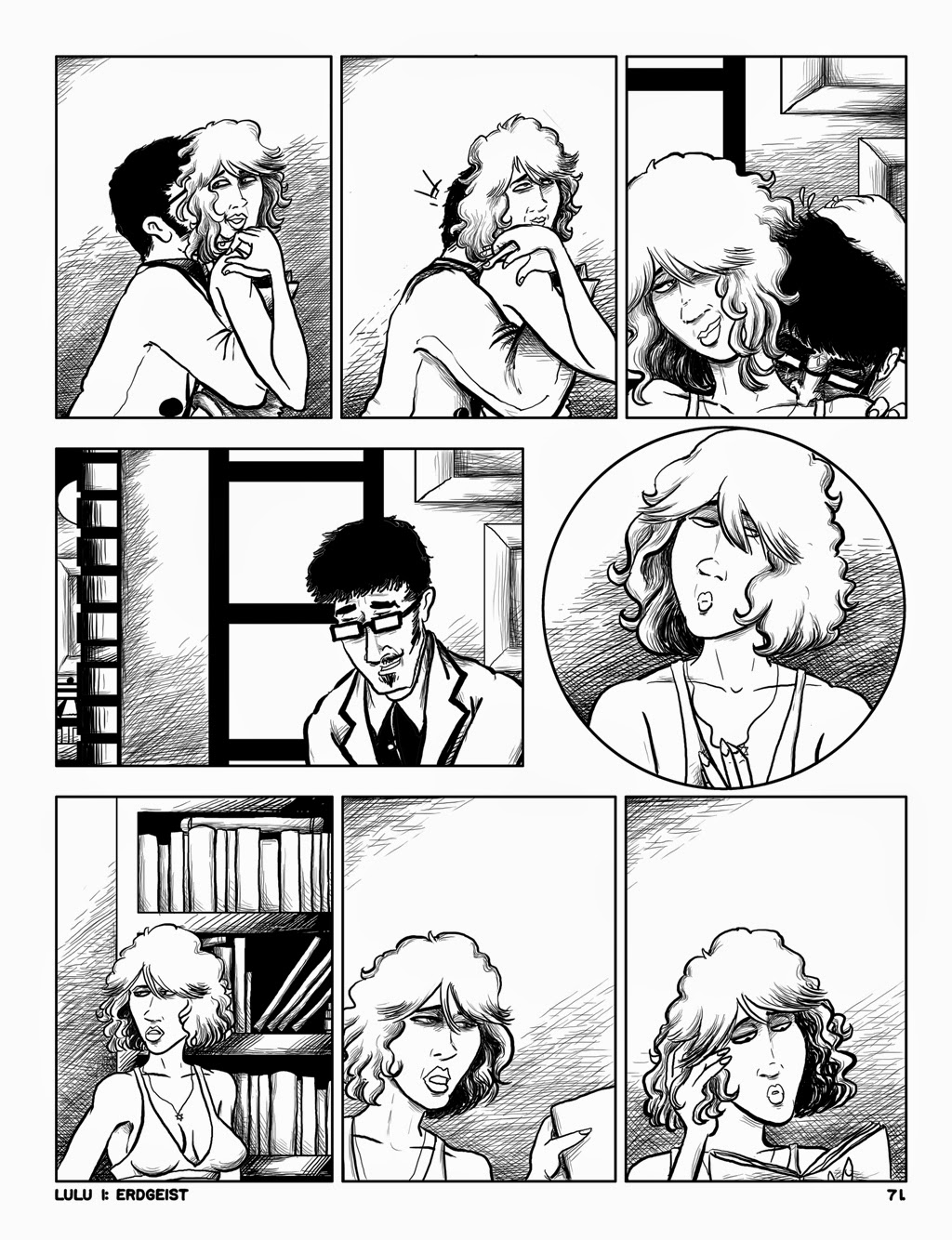