I Didn't Write That!
05 March 2014
Bill Nye Caused Ken Ham To Get Funding for His Goddamn Ark. Nice Going, Nye. 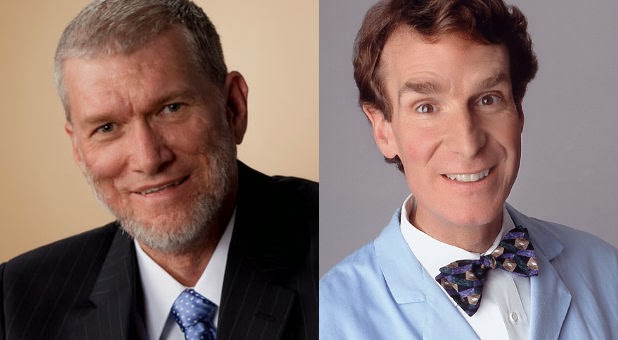 Nye, you stupid, naive, media-hungry tool.  Now Ham has a place he can undo anything you've spent your life trying to teach. Because of you. And it wouldn't have mattered if you won or lost. Just engaging him was enough to do the damage.

This is exactly why I said elsewhere Nye should not do this, nor should anyone engage with these people. They thrive on, and PROFIT from, attention, and plus, Nye consenting to debate Ham gave Ham legitimacy he shouldn't get. Nye got muddy, and the pig he wrestled with enjoyed it.

I get so sick of the Lisa Simpsons of this world, that think that if only they get their point across reasonably conservatives MUST change their minds. Reason has nothing to do with it and to use it on them misses the point and is a total waste. It's like trying to debate against horseflies.

This is also why I never post anything about Palin or Limbaugh, or for the most part, Fox News, anymore. To do so is to be their publicist. They don't care if you mock them--in fact, they like it because to them and their followers it proves them right. And it spreads their message and makes it part of a national conversation.

Why give them that? Why debate them? Do you enjoy it?