It's appearing that the lineup for the next THIS SICKNESS (that's right, bet you thought I forgot!) will be Suzy Spreadwell, Lulu and Uncle Cyrus. So I'm working on the last two simultaneously. I've already posted some of the new Lulu pages; here's another. 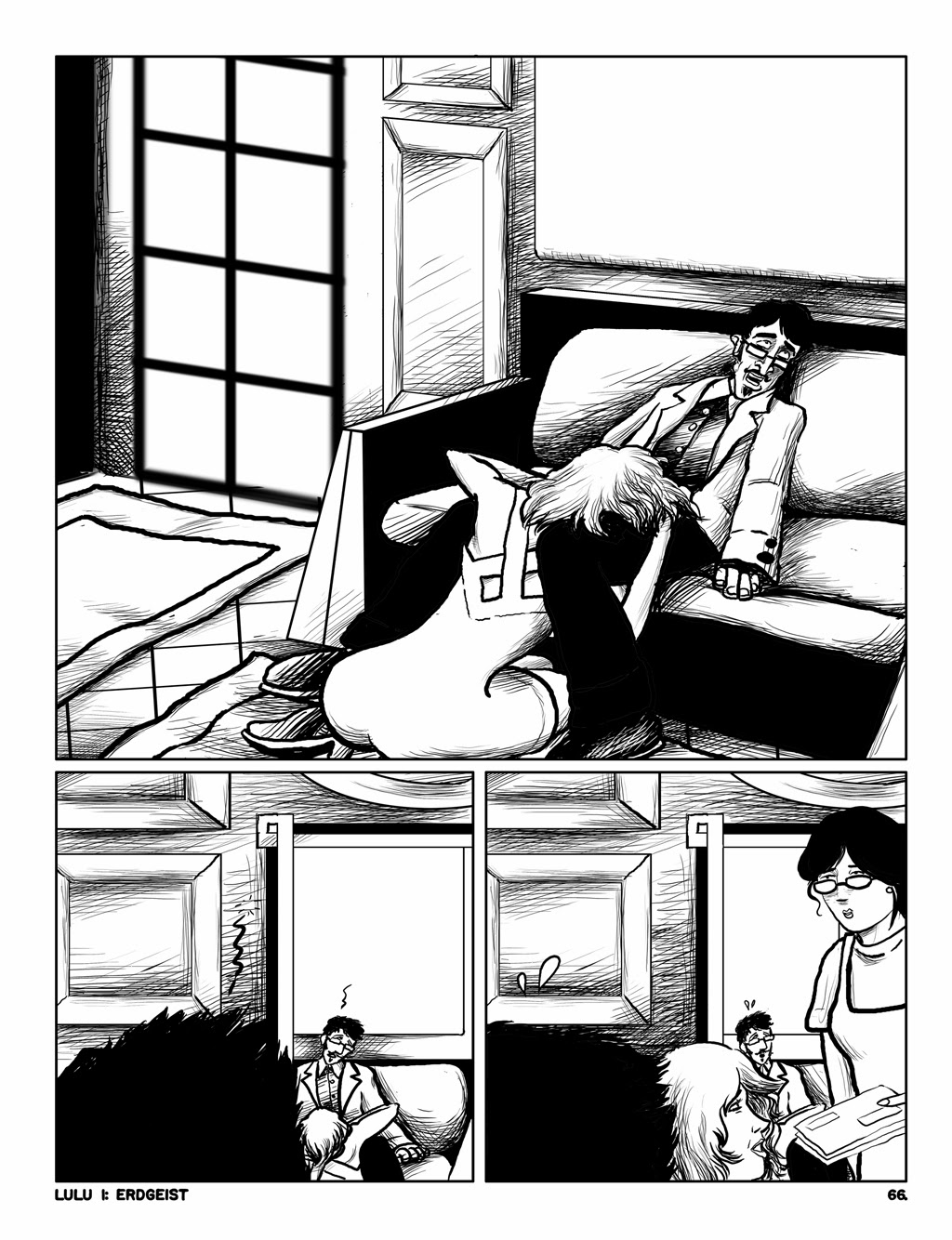 And here's the first inked, and also unlettered, page of the first Uncle Cyrus story since 2001, and the first one to be not just drawn, but written by myself, rather than honored co-creator John E. Williams. With his blessing, I'm happy to state here. Those older stories were done from Kurtzman-style breakdown scripts by Williams--by which I mean the layout in those stories was also his. Here I'm working without it. Hopefully in the intervening time (over a decade) I've risen to an adequate level. 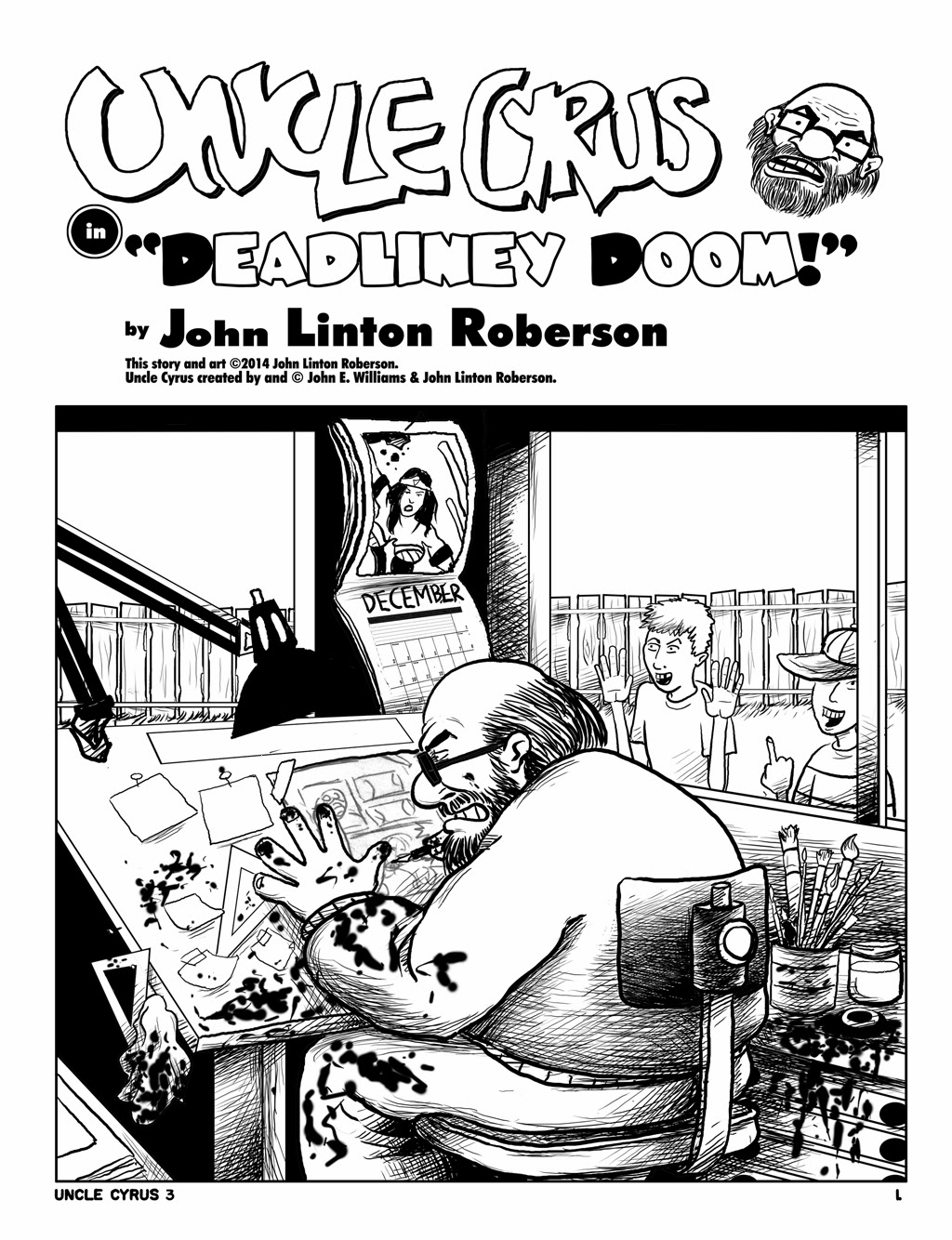