I Didn't Write That!
22 December 2013
Your Random UK Comedy for Today #16 Xmas Edition: Peter Cook - A Life In Pieces

A gem from the late Peter Cook's character Sir Arthur Streeb-Greebling. (sadly, the embedding on these are disabled so you'll have to click on the link) Merry Christmas! 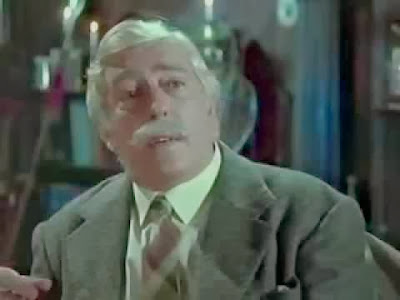 The greatest Christmas songs and stories are not the religious ones, nor about miracles, nor the ones talking about how warm and cozy the holiday is, nor about gifts. It's about the way the season brings out what you lack in sharp relief.

It's a little midlife crisis every December, where you cannot help but take stock of everything you lost or fucked up in the previous year, and think, Christmas should be better, but it's like this instead. But like Camus' Sisyphus, you realize the absurdity of it, say "fuck it" and go on with Christmas anyway. Because what else are you going to do? The one day a year you absolutely have permission to just say, "fuck it, life goes on." And that's what the best Christmas stories and songs are about.

Being Scots-Irish I'm biased, but I've always thought this one the best of those. So--The fucking Pogues, with the sadly late Kirsty McColl, .

A double feature of my favorite two from Tarkovsky, the "Soviet Kubrick".  Or perhaps Kubrick was the American Tarkovsky?

As embedding has been disabled by Mosfilm, you will have to click on the links to watch. Sorry. But it's worth it. Both these films are among the greatest ever made--especially the first one.

And a foreboding of Chernobyl, which also may have caused the cancer (because the area it was filmed was contaminated) that killed him, the film's star Anatoliy Solonitsyn (also the actor who played Rublev ten years before that), and others involved. That would be Stalker (1979)

15 December 2013
Christmas Fast Approaches: Give The Gift of LULU (and more)

Hey, you know what would make a really original and appreciated gift? I have a suggestion!  Do your friends have great taste? They do? Then why not give my new and somewhat acclaimed graphic novel, LULU Book 1?

Available in both print (at Amazon--including UK and Europe--and Createspace) and digital (Comixology). Order now for Christmas delivery, and be sure to get one for everyone you know! Or perhaps one of my posters and prints at Deviantart might suit. Here too are all the books I have in print (including THE GRAPHIC CANON vol. 3, also an excellent and really thick gift). 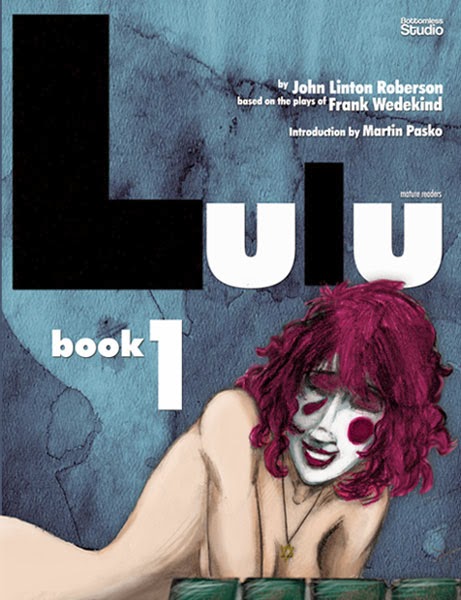 Another of my favorites passes away--my favorite actor, period: Peter O'Toole, at 81, so I guess it had to happen eventually, but still sad. In my opinion the greatest actor of the last 50 years.

Here is his greatest performance ever, in its entirety: THE RULING CLASS by Peter Barnes and Peter Medak (yes, all of them Peters; I may have posted this before, but who cares). If you haven't seen it, fix that now. This was a project that was very, very dear to him, and he's brilliant.

Rest in peace, Peter. Thank you for your amazing work, and for always being the least pompous actor of your generation. You were always, always fun.

As a bonus: Peter O'Toole delivering lines plainly beneath him.

More of the next part of LULU, with pencils here for p. 65. Lulu shows Schwarz what she's been reading.
Click image to enlarge. 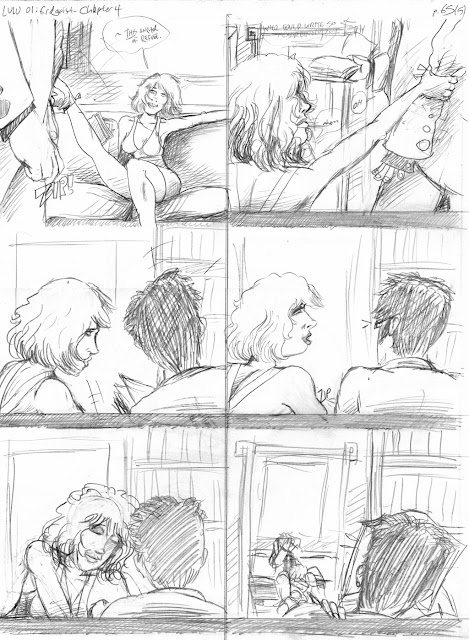 Update: pre-lettered, pre-greyed inks. This may be the most complicated page I ever drew. I invite you to spot all the errors I missed. 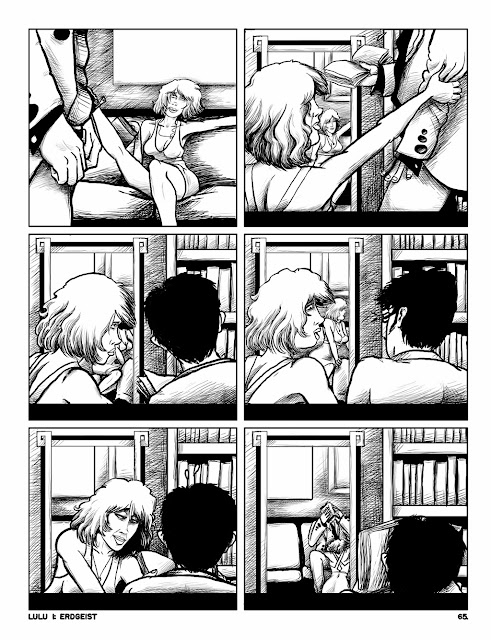 And of course, you can get your copy--print and digital--of LULU Book 1 now, at Amazon, Comixology and Createspace. Just click here!