Meet Charlie. He's only four months old, and his job is being grey. 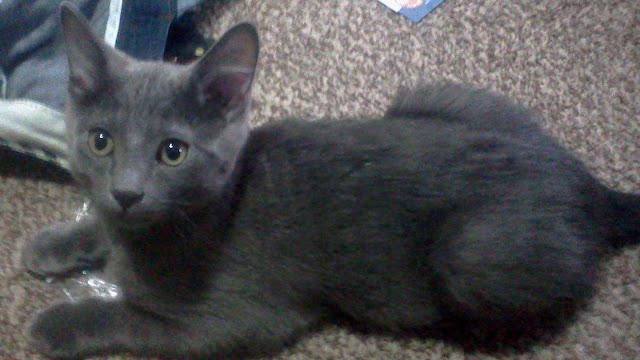 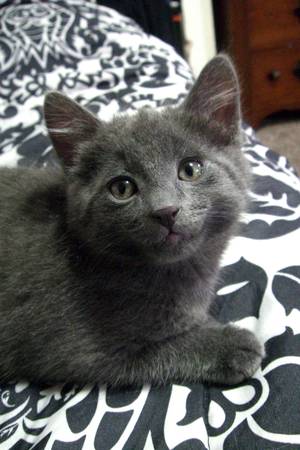 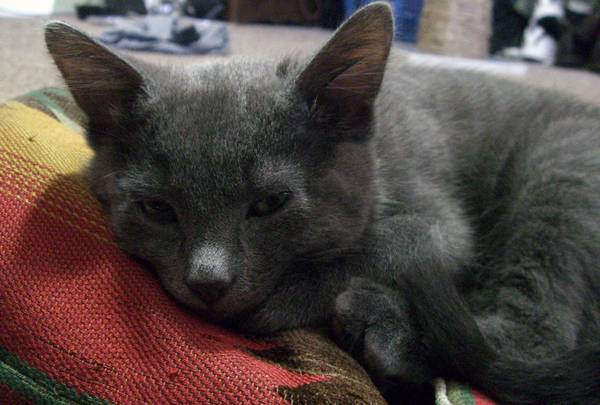 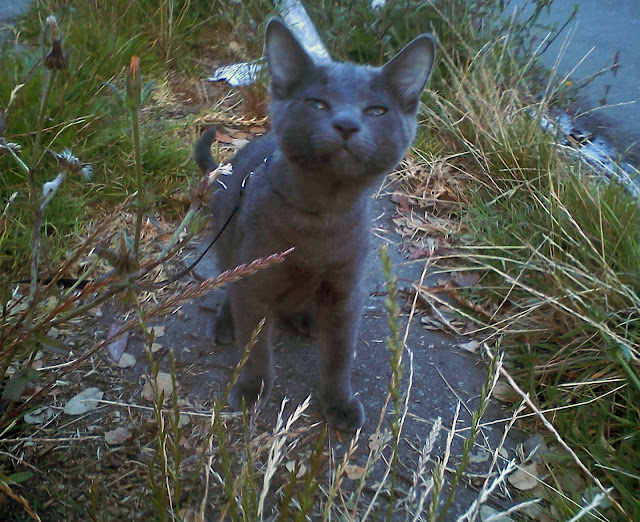 
Labels: aww, cat, it's all about ME, personal

Continuing from last week, here's page 2 of Episode 1. Click image to see in full. (and here's last week's, if you missed it)

Enjoy the wholesome adventures of America's favorite pure, patriotic young Christian lady. The first finished color page of the long-promised Suzy Spreadwell is here for your delectation. Click image to see in full. 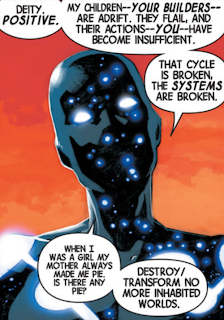 "Indeed? Have you located it?"

"Yes...not in the belts of Orion, not among the Fifty Hypermiculae of Centaurus 7."

"And the Dark Nebula?"

"No. Not there. I believe it is...can it be? In my belly. A void. An emptiness that hungers. Coming soon. Coming strong."

"Dead animal meat covered in its own melted fermented milk, wrapped in the product of wheat from the vast fields the Avengers protect."

"On this, an Avengers world."

11 August 2013
A Moment of Cerebus: In Which I Talk About Sim's Influence

Today over at A MOMENT OF CEREBUS, you can read a somewhat long but informal piece I wrote for their "Cerebus In My Life" series, about the influence of Dave Sim and CEREBUS upon my own work (something readers of this blog have already heard before perhaps).


"Batman did pretty well, so I sat down with the head of DC Comics. I really wanted to do 'Kamandi [The Last Boy on Earth]', this Jack Kirby character. I had this great pitch… and he said 'You think this is gonna be for kids? Stop, stop. We don't publish comics for kids. We publish comics for 45-year olds. If you want to do comics for kids, you can do 'Scooby-Doo.' And I thought, 'I guess we just broke up.'


Just to start with, I'm 44 and I can assure you their comics are not for me.


But I understand what he's admitting here. (which "head of DC" is this? Didio, Lee or Harras?) What he's saying is that they understand their only audience is people my age, who grew up on them in the 80s, who bought Vertigo back when it mattered in some way, who go all squee when Geoff Johns refs some Alan Moore Vega story from the back of OMEGA MEN. And even understood that last sentence.

Whose comics reading is entirely to do with nostalgia and regression, who actually don't snicker at the very mention of the words "Green" and "Lantern" next to each other like any normal adult might, and who think that anything coming out of DC matters. Who think DC characters are cultural icons that should matter to people. Who still cling to their memory of what DC almost seemed to be for a very brief time twenty fucking years ago, prestige gained off creators they stole blind who are hardly the sort of people they'd employ now--in fact, the very people they drove out.

Once upon a time, a hermit saw a rabbit accidentally break its neck on a stump when running across a field, and that rabbit was a delicious dinner. And so he waited at that stump, for another rabbit, till he starved.

It's much like my old hometown Charleston. It cannot be anything new so it perfectly preserves its past forever.

DC is admitting that it has not succeeded in building any new generation of readers. And that eventually it will eat itself. Actually, with the Nu52 it already has.

And digested itself, and purified itself of all nutritious matter and presented us with unadulterated waste.

At least that's how I read it.

The thing is, those fans are there--although DC's only real purpose is the management of trademarks and keeping them current, and now maximizing their merchandising potential. Well, that's really always been the point, if one is honest. I sometimes wonder just what the hell is the matter with the taste of fans and the industry now, though, because someone has to be buying all this shit.

Then reading this on Gerry Conway's Twitter feed (and click that link for an entirely different can of outrage that I'm too tired to address here, but please feel free to comment: a further problem--that women are not considered a real market by the comics industry), from one of his followers:


"Walking Dead proves something non-mainstream can break barriers and have success."

...tells me it's their utterly limited and ignorant cultural understanding.

Where is this surely blissful world where this person lives where zombies are rare things, hard to find in entertainment?

Zombies in comics are to superheroes what chocolate is to vanilla in ice cream. That someone thinks that is the extent of an alternative is telling.