It is sad to learn of the passing of Roger Ebert. Rather than run through all the biographical info or the assessment of his career as a critic, which everyone else is already doing, I'd like instead to briefly call your attention to another aspect of Ebert's career: as a collaborator with sexploitation genius director Russ Meyer. Besides being close friends with Meyer, he wrote two of his films. And was proud of it.

Does that sound odd? Well, Meyer does have a reputation--which is both confirmed and contradicted when you actually see his films. Russ Meyer takes a few films to "get," but once you do, you're hooked into his very strange--and oddly consistent--universe. His films are auteurism defined, with every personal obsession saturated in every frame--obsession which includes breasts of course, but so much more, including, famously, Martin Bormann, who for some reason Meyer always found an excuse to kill.

The Russ Meyer universe--there is nothing quite like it, except maybe some of the comics of Gilbert Hernandez (BIRDLAND is very much a Meyer type of thing and I would be very surprised if it wasn't an influence on Beto there) Oh yes, this is absolutely his happening and it FREAKS ME OUT. 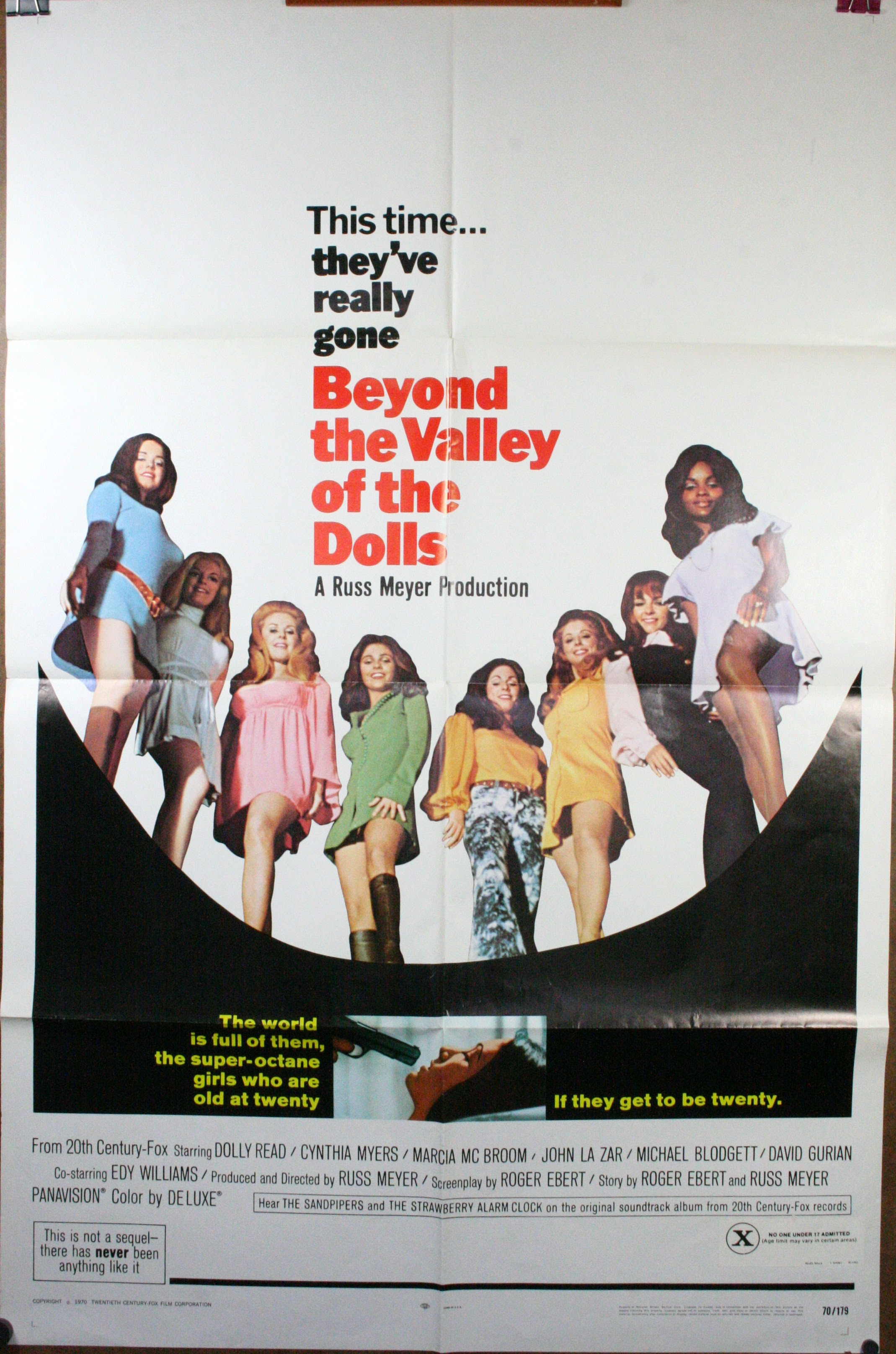 Go find Beyond the Valley of the Dolls

. Drop your preconceptions, and do not expect to take a bit of it seriously. DO expect to be surprised there's more to it than appears to the eye at first.

And a lot appears to the eye, admittedly. The work is silly, and shameless, and nothing but fun.

Roger Ebert, who wrote for Meyer BVOD and UP!, once said to appreciate great art, you must be able to appreciate great junk. And Meyer's is some of the greatest junk ever. Hypertrash, if you will. It knows exactly what it is and wallows in it, grandly. Meyer loved what he was doing and it showed in every frame, and Ebert was his very best collaborator--that being said, among the few Meyer ever had (not counting his actresses, who absolutely loved working with him), being as indie a director as you could imagine.

I like to think of Meyer waiting up there for Ebert and saying, "See? Heaven is just like I said: tits EVERYWHERE."

Here is a clip from UP!


And here is one from BEYOND THE VALLEY OF THE DOLLS.

And a song from the film's band, the Carrie Nations.