A couple of rough pencils for the cover graphic for LULU: ACT 1, a collection which will comprise the first three parts of LULU I've done so far, which makes up Act 1 of the first of the two plays, "Erdgeist." This will be coming out sometime in the first half of the year, maybe soon, so keep checking back for news. I'll be resuming work on Act Two later this year after working on other projects that have been pending.

The collection will include the third part of Act 1, which has not yet been published in print. The first two parts can be found in THIS SICKNESS #6 and #7, still available here along with other works by me and with others. 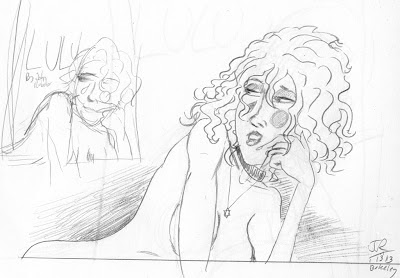 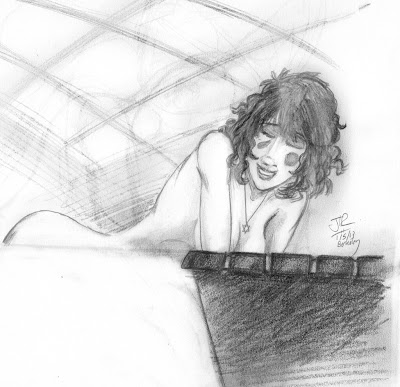 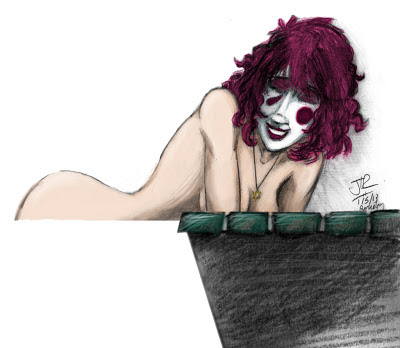