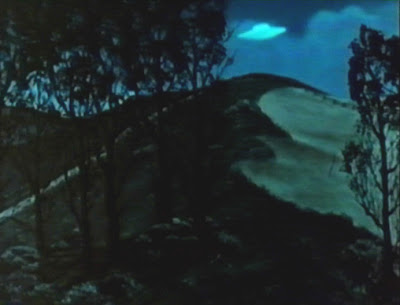 It makes up for what it lacks in special effects (and costumes) in sheer paranoid, expressionistic flourish, and the cinematography boasts a nice, stark use of color(the color equivalent of noir) with deep contrasts, blacks, and very symbolic perspective shots. All reflecting the terrors of a child's mind.

As well as the impressive Helena Carter.

More horror than science fiction, really, and reminds me a bit of David Lynch, specifically BLUE VELVET, in feel.