As an addendum to the 2008 parody of Dominique Aury's(aka Pauline Reage) classic STORY OF O that I did with Charles Alverson, and because you don't read enough Eurocomics, here is an excerpt from the opening scene of the late, great Guido Crepax's famous adaptation of the book that I was paying homage to.

Whatever your feelings about the novel, his adaptation is exquisitely drawn and had a major impact on my own work when I discovered it. Basically, it hadn't occurred to me to make these kinds of comics till I looked at how beautifully he did it. My parody is very much a tribute to him, if a poor one.

Unfortunately, I do not have scans of the English version, and don't want to scan my own copy for fear of the binding, so hope some of you know French. (I don't)

Utterly filthy but beautifully so. Crepax also did adaptations of JUSTINE, VENUS IN FURS, EMMANUELLE, and DR. JEKYLL, but this is the best one. In fact, he did a sequel to this--where O has come to be in charge of Roissy--and later a film came out based directly upon it, meaning Crepax was (along with the Valentina film BABA YAGA, which you can get at Neflix and which he's in), along with Robert Crumb, one of the first major comics artists to get his work made into films in the Bronze Age.

This is a pretty exact visual equivalent of the novel and its tone, which was--at least the first half--written by Aury as a love letter initially to her married lover, the editor Jean Paulhan. Essentially, it's an extreme type of romance novel, despite appearances.

This is 17 out of 116 pages. To read the whole thing you can buy it here. Click any image to see Crepax's art in its full, creamy, inky and larger glory.

Brief setup: O here(the one based on Louise Brooks, who Crepax also based his character Valentina on--surprising he never did a version of LULU) is taken by her lover Rene(the guy in the car) to a place out in the country called Roissy. To prove her love for him(in...some odd mid-20th century way), she has freely given her consent to everything you see below. 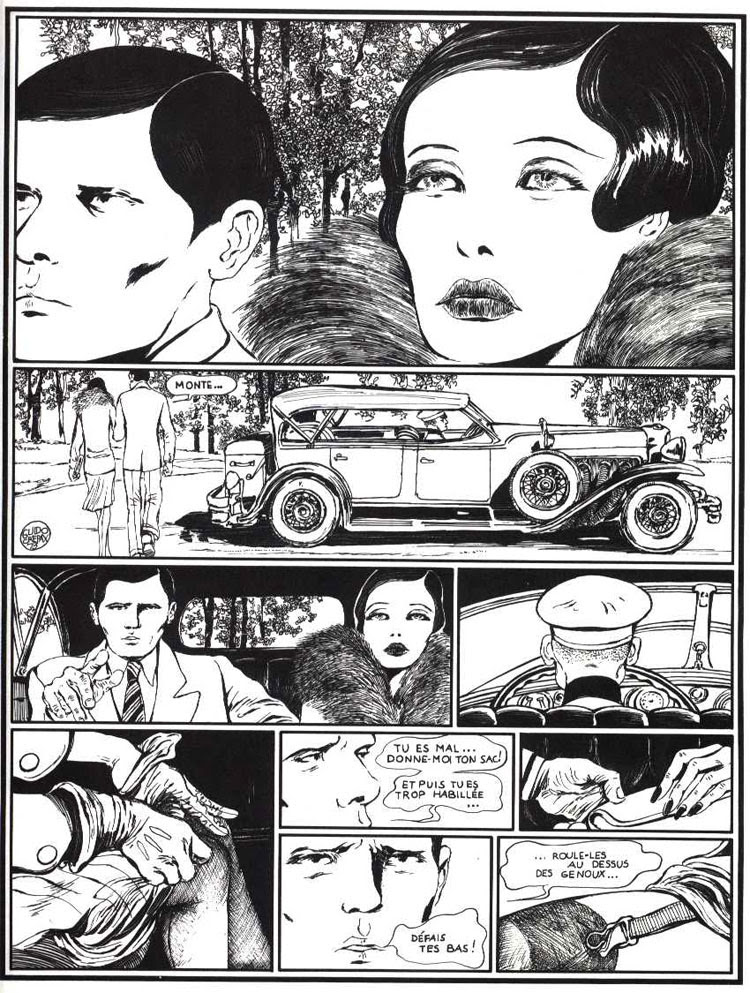 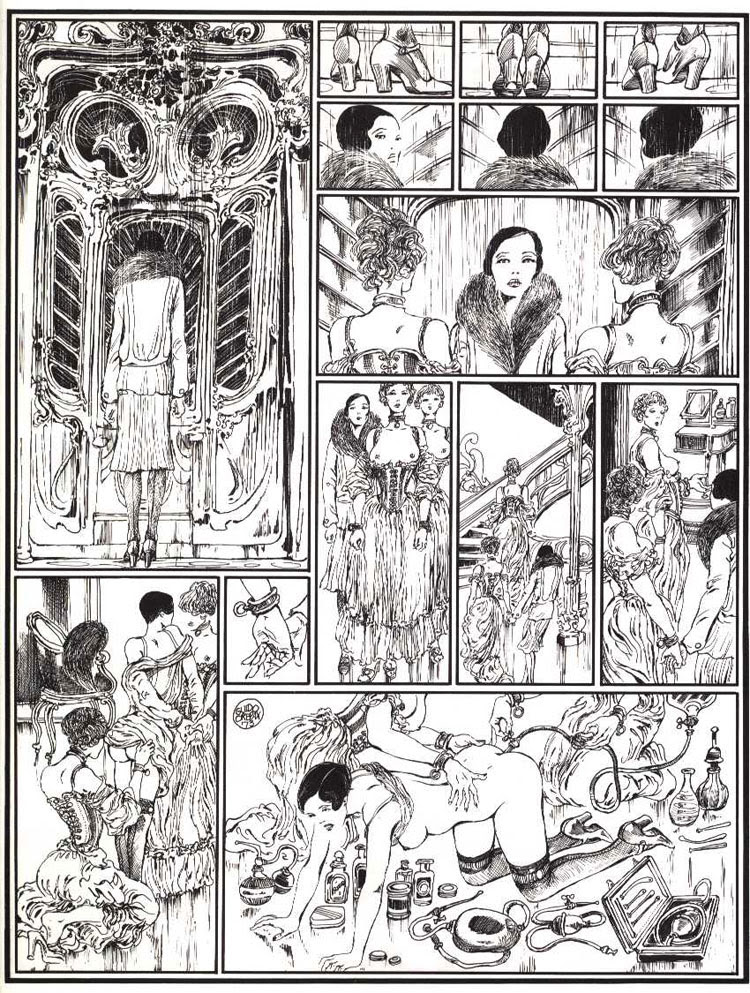 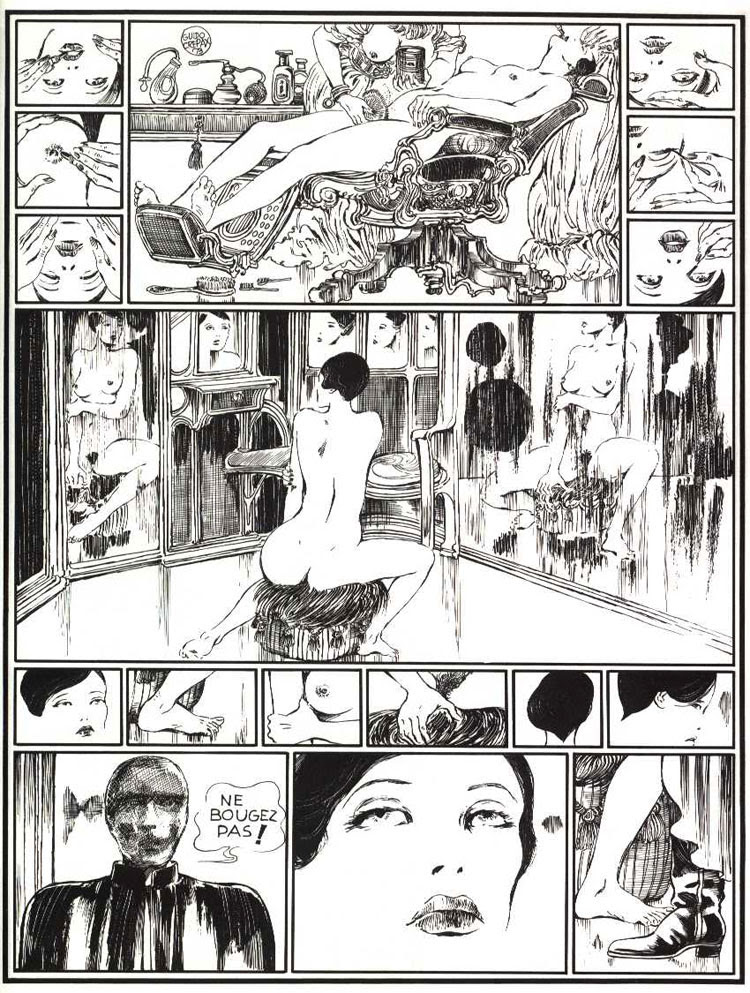 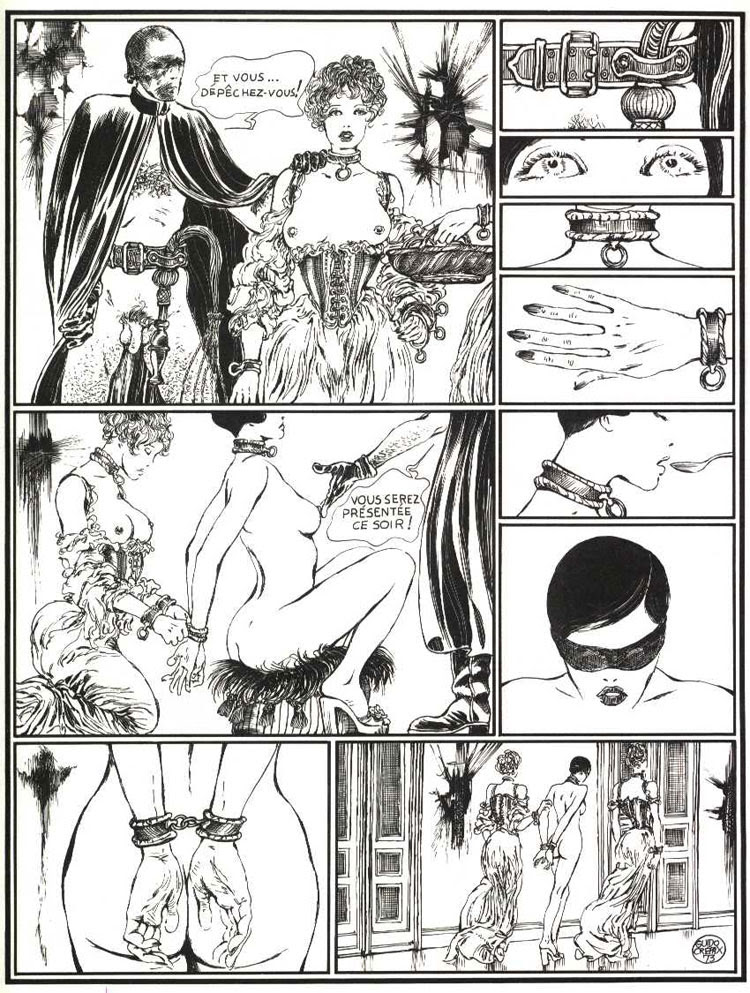 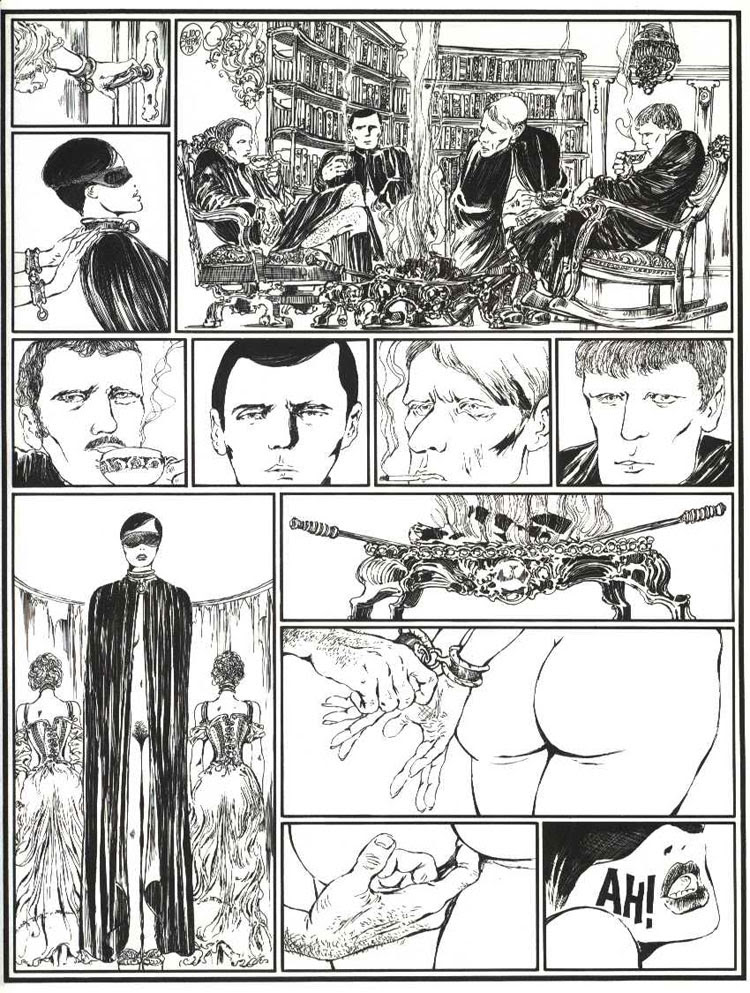 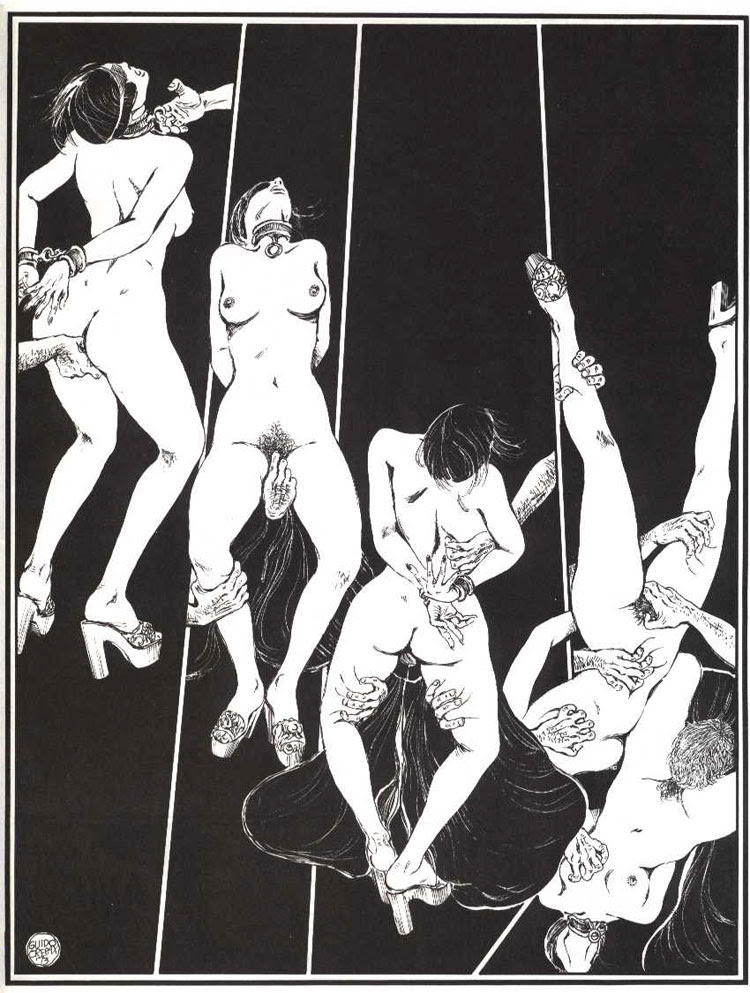 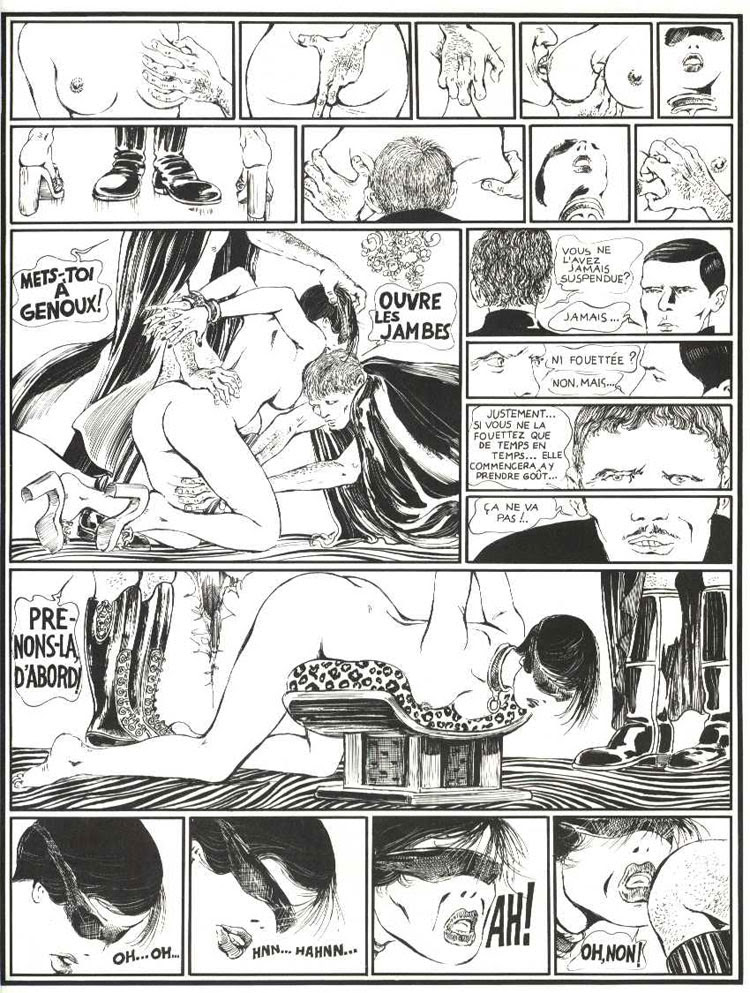 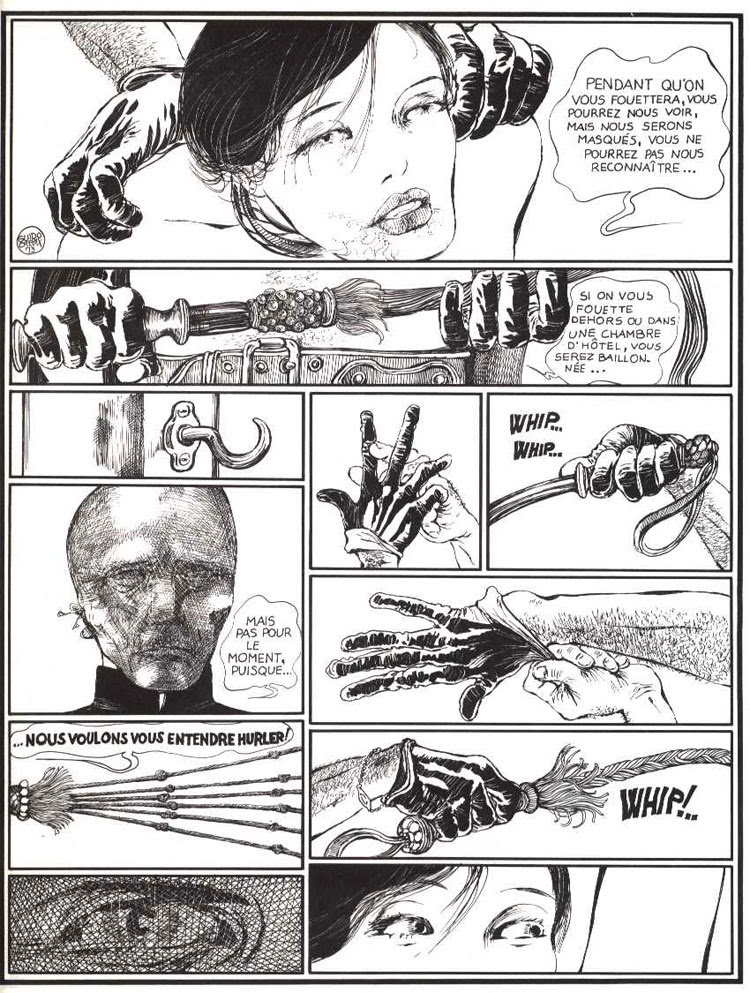 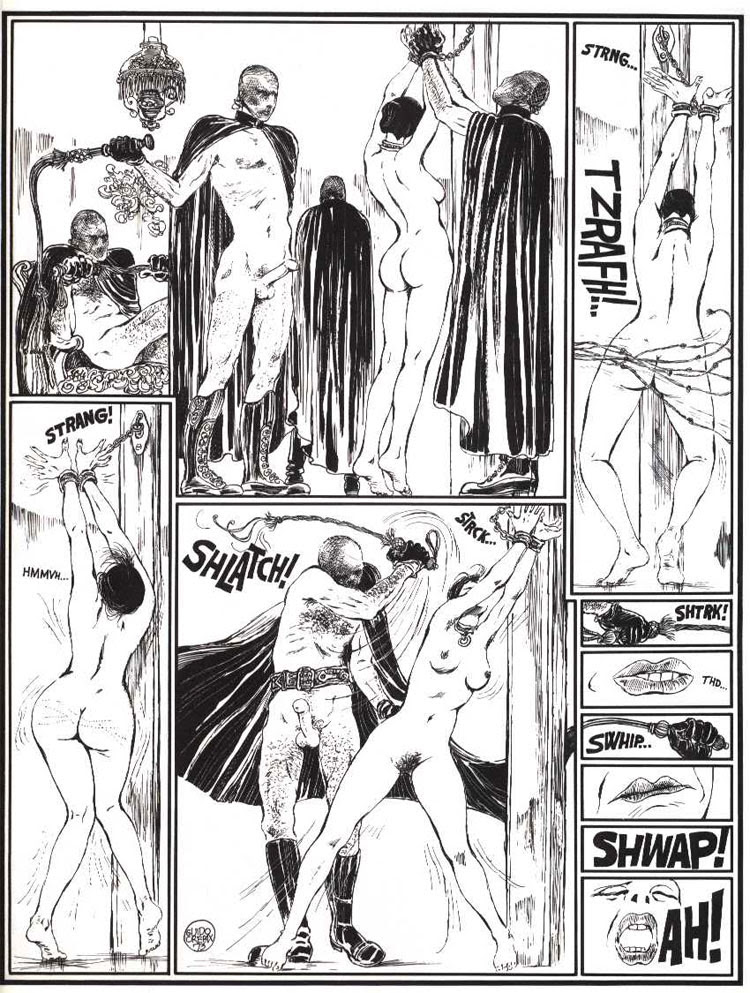 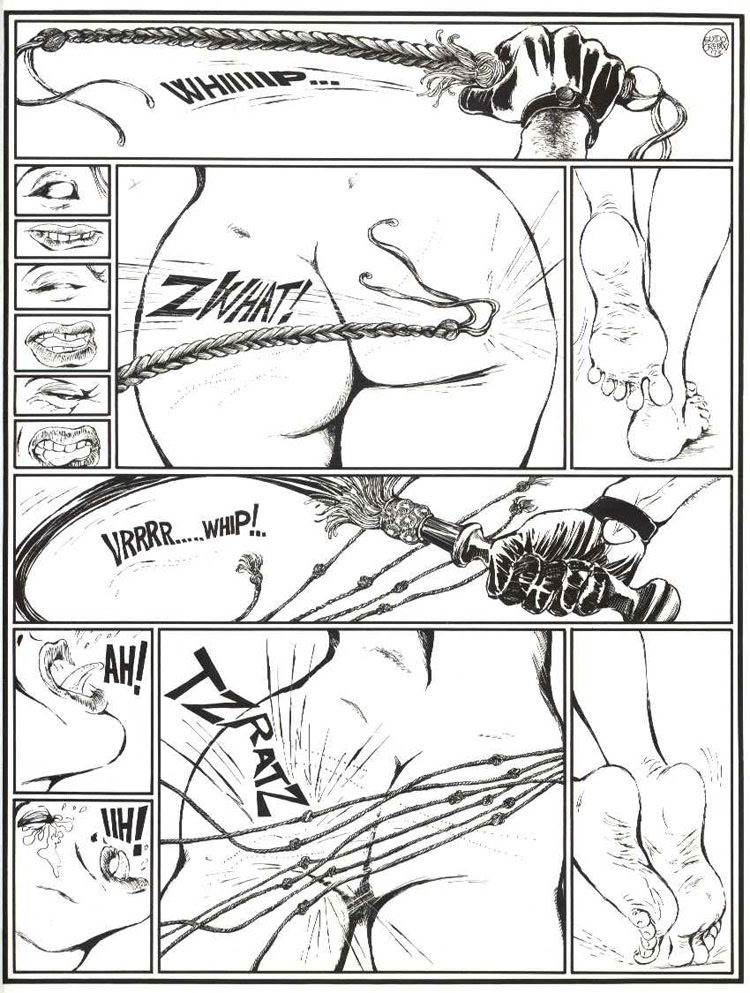 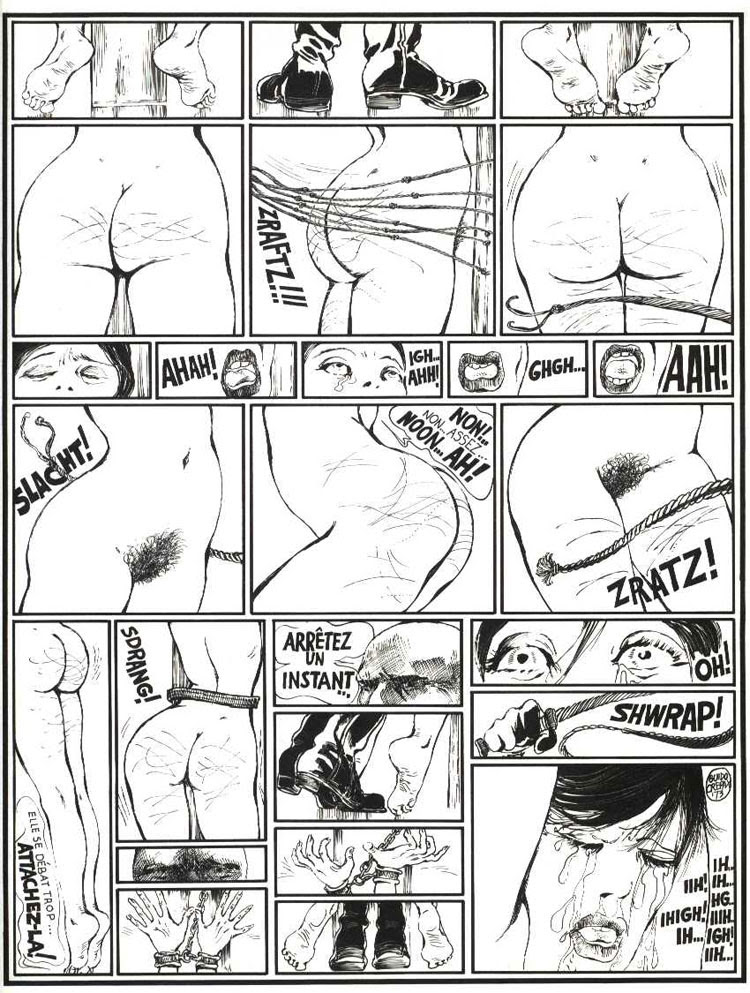 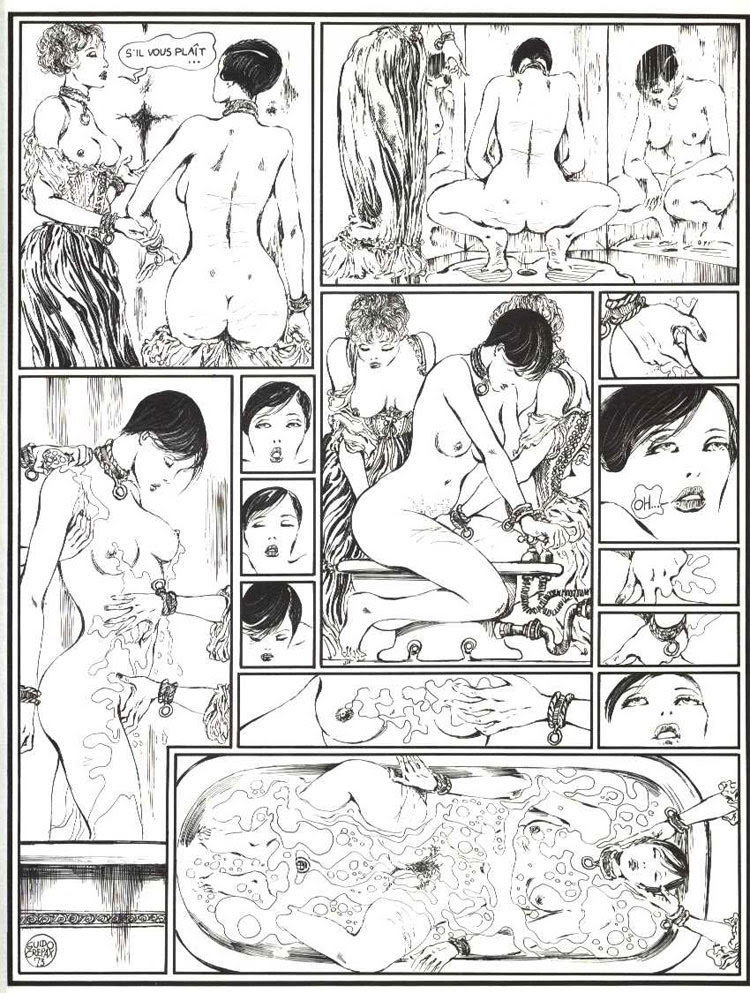 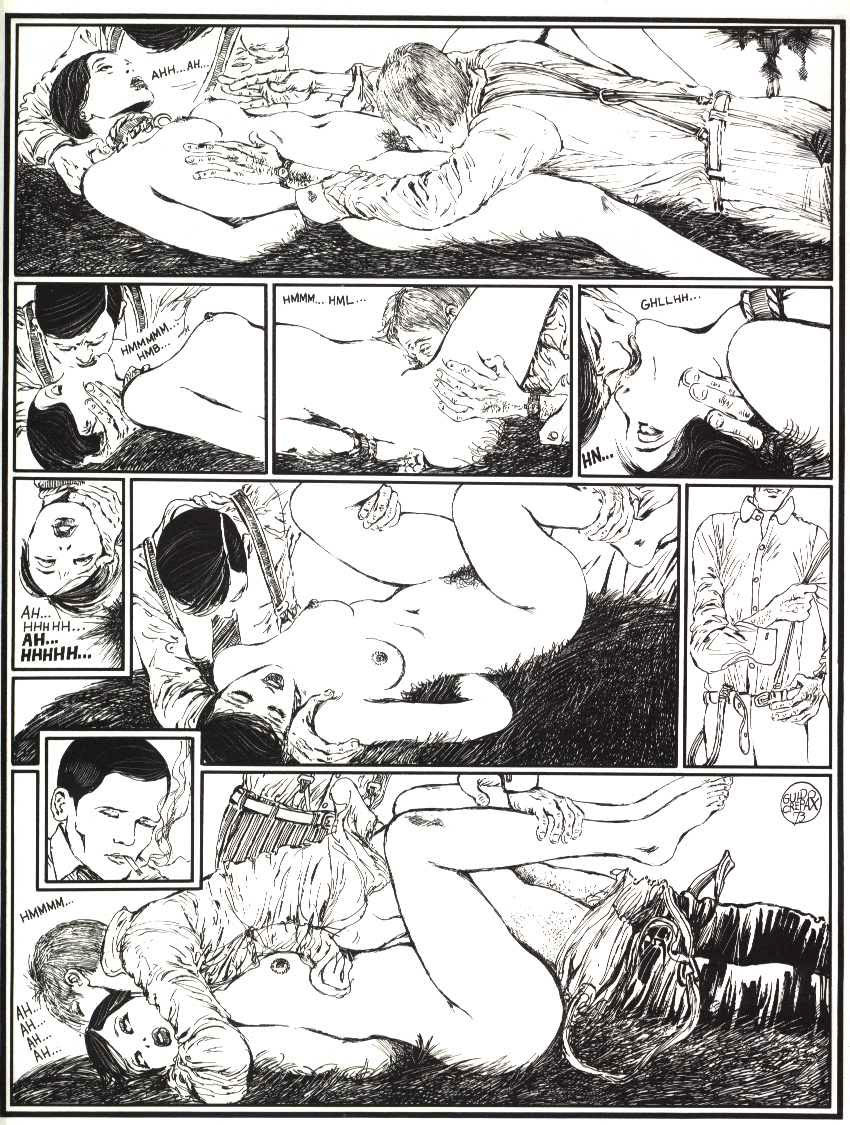 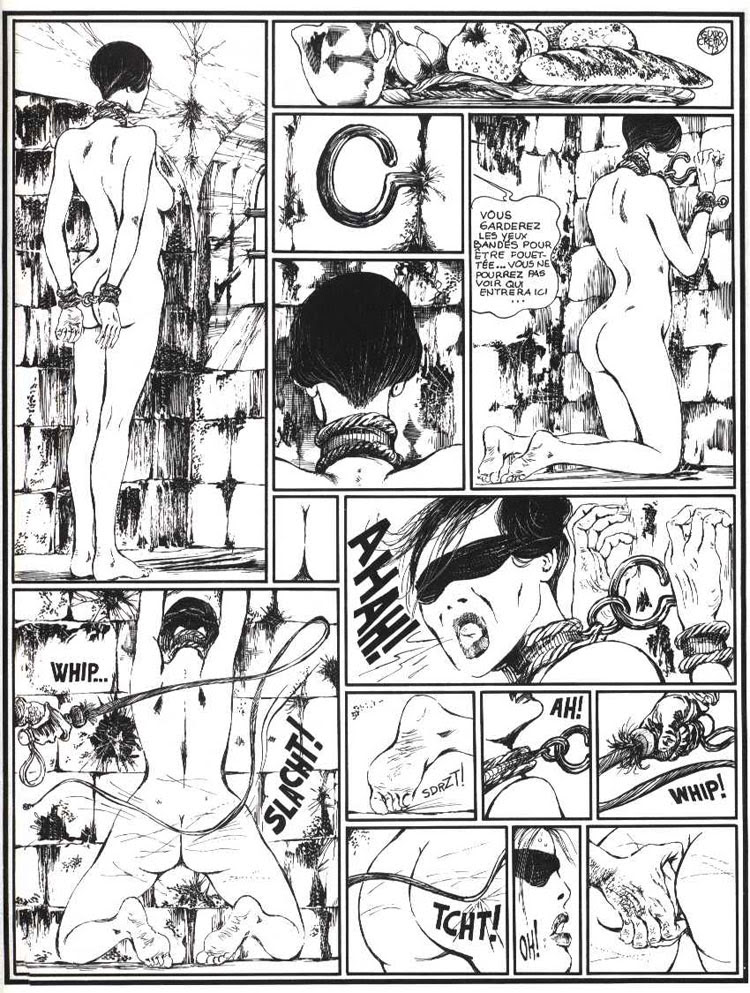 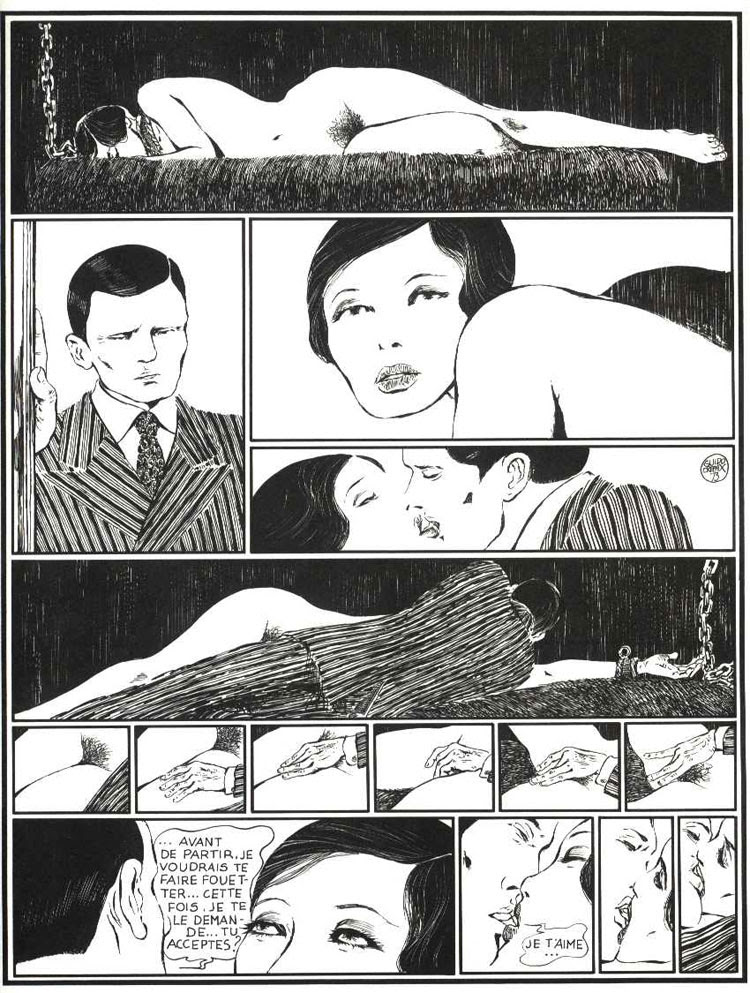