Chad Parenteau at We Got Issues reviews This Sickness #7.

Well. It's been a good weekend all around now. 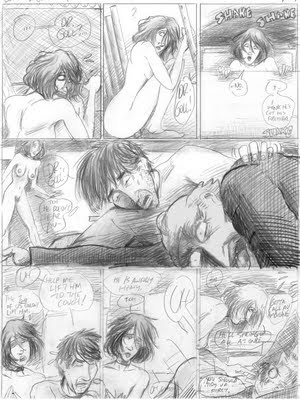 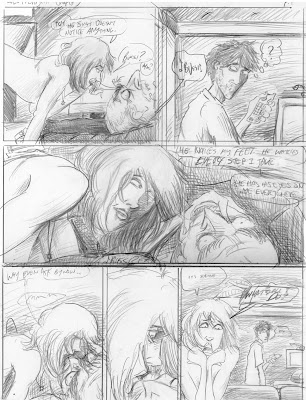 More as they're made.

Also, a reminder: the first eleven pages of LULU, plus the cover art for THIS SICKNESS #7, plus Vladrushka art and more, are all for sale at Ebay.

Set in the height of the Swinging Sixties, and the magnificent year I was born. Look for the parody of the Rolling Stones Hyde Park concert.


And some of this may be familiar if you recall the film Performance. (Jagger is prominent in this--as Turner)


Oh, and Jerry Cornelius is in it too. Here are a couple of pages... 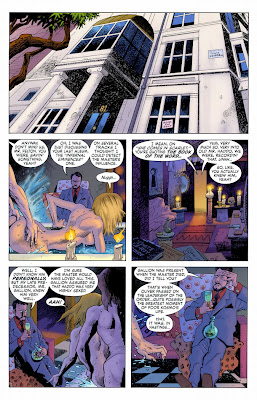 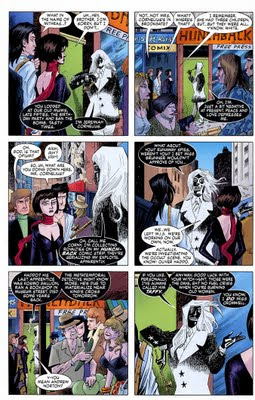 Here are some more excerpts at Scans Daily, and Jess Nevins' annotations--which, if you weren't born in England, you'll need. This book mocks you for not being British in the depth of the references it pulls out. Check it out.

Hawkwind: "We Took The Wrong Steps Years Ago"

This time it's not your nostalgia; the world did used to be at least marginally better. And is too beautiful to let rednecks think some stupid old book gives them the right to destroy it. Or anything.

04 August 2011
"I'm Tired of Dealing with the Crazies" - Chris Christie, a Decent and Courageous Man

I have to give credit where it's due. There are lots of critical things I could say about Governor Chris Christie of New Jersey, on other subjects.

But not this time. That's the last I'll mention it in this post.

Because today, Governor Christie showed that he has character. That he has decency. That, well, you can at least say of him that he's a man. That he is a finer person than his entire political party. Today he stood up for a judge he promoted to the Superior Court in his state, Sohail Mohammed. You can imagine what the objections were. There are many, many Republicans now willing to make scapegoats out of Muslims simply for being Muslims, to score points among the slobbering, racist scum that collects at the Republican base, because locking up the idiot vote helps a great deal.

Christie, apparently, doesn't give a shit about the idiot vote. Watch the whole thing and find yourself clapping eventually without meaning to. He calls the people shrieking "Sharia Law" and other such nonsense "ignorant" and worse. That's where he starts.

None of these things will help him with the GOP base. And he knows that. And he does not seem to care, and in fact is angry that he should. Which of course, he shouldn't.

I do not give praise to Republicans lightly. But this deserves praise.