I Didn't Write That!
24 May 2011
New in print! THIS SICKNESS, SUSPENSION OF DISBELIEF Now All Available

...for your purchase, and you can only buy them here, not in stores because, well, I don't want to cater to Diamond! (However, they will be available in a few days on Amazon as well, and I'll post when they are) Buy these now, and pass this on to your friends!

UPDATE: All are now up at Amazon too, including rare signed proof copies of the banned ones.

Two new releases, one comics, one a play: 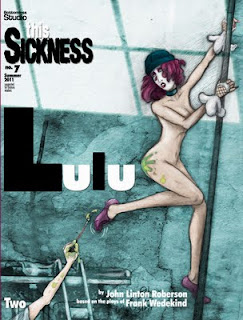 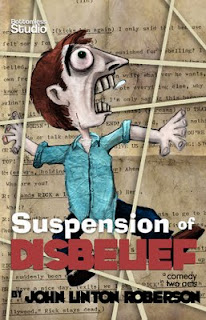 SUSPENSION OF DISBELIEF
122 pages, Play in two acts.
The first major work I ever did, written back in 1989, revised a bit in 2002, and premiered in Chicago in 2004*. A comedy that deconstructs itself. Now at last in print!

But! don't forget...these are still available:

UPDATE:
I had announced these two below as well(Vladrushka #1 and Trade, which was to collect Story of Oh and the Rosa & Annalisa stories), but banned again, sadly. Write Createspace and complain here. I've fought all I can and this is my third try, both through Cafepress and Createspace.

A shame. I have proofs of both and they're beautiful, the color in Story of Oh! especially. You can still read the contents here of course. If you ever want to have a copy of either, though, it's up to you at this point to make Createspace change their minds--I have done all I can and I'm done beating my head against a wall. Do you want the books? Demand that Createspace allow them then. Please.

I may even cease doing "adult" work entirely(well, anything more explicit than LULU), I'm so frustrated. Createspace is making me look like a creator of vaporware. They approve the proof, I announce, and then the instant someone buys anything they ban it and make me look like a liar to everyone, so no one cares when I announce. The publisher who cried wolf.

Someone ought to tell them the public wants this stuff. If they do. I keep being told that, but it would be nice to see some fan support. This was a lot of work, months, even years, for nothing. I'm not going to do the Vladrushka series if all I can look forward to after all the work that will take is having some people read it for free on the web forever. The intent is and always has been to end up with print. I make books. That's what I like doing. It's what I've done since 1998.

This is all just me here after all. I don't have a publisher anymore to go to bat for me with their clout. I have no clout. So I need your help and your voices. If not, then these two books will never be in your hands. Not ever. Apart from the lovely proof copies I have right here. (Createspace makes a good product, that's the frustrating part)

I make good books that I can't get to the marketplace because Createspace are skittish. I'm sorry about that. When I announced them, it was because I thought I could. But I'm not putting out censored versions. I would rather not put them out at all than give you less than was intended. This is the 21st century, I'm told.

But there are still four books available for you to enjoy, at least...

The books Createspace thinks will frighten the horses: 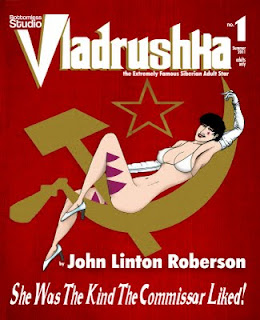 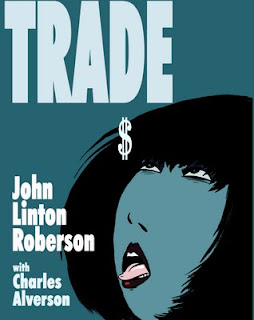 (*With myself directing, unfortunately. Proved? Writers should never direct their own work.)