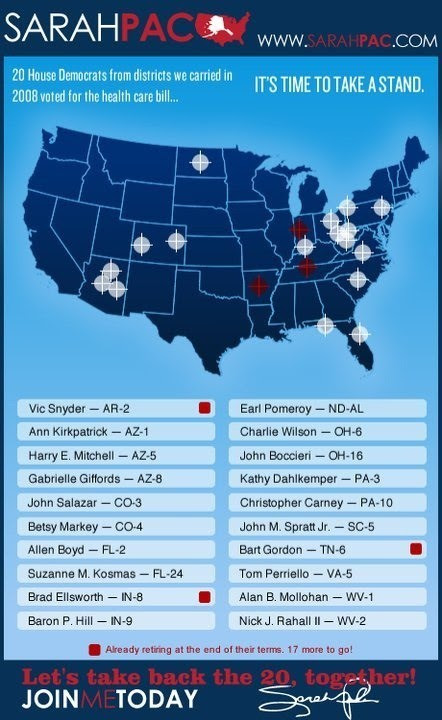 One of you now killed six people and put Rep. Giffords of Arizona into critical condition. Your words are now soaked in innocent blood.

I hope you're all satisfied now, conservatives. Someone has sought a second amendment remedy. Proud of yourselves?

No, don't start protesting what I just said. I don't give a shit what you say. I think we've heard enough from you. Imagine, people who make death threats also kill. Who'd have thought?

Beck, Angle, and most especially Sarah Palin: shut up now.