UPDATE: Having listened to it, as far as it went I thought it was quite fair. Perhaps more thoughts later. It's not a glowing review, but I think they at least understood it.

Keep in mind, though, they only reviewed VLADRUSHKA and THE MAN.

Labels: deconstructing comics, it's all about ME, my comics, vladrushka

LULU continues, as Goll leaves his wife alone with an artist with, as we can see from his art, certain longings weighing on his mind. Or somewhere.

Also, just to remind you, I have two brand-new and very naughty b/w (and totally non-digital) Vladrushka pieces(NSFW), original artwork on heavy illustration board, available for your bidding at EBay: Vladrushka & Berlin in "Encourage Literacy" and V. by herself--well, sort of--in "Orgasm(1)". Only three days left at this writing. Bid now!

Chapter One of Lulu in print now in THIS SICKNESS #6--available only at Amazon!

This week's excellent Deconstructing Comics podcast, they discuss Little Lulu, and you can listen or download here.

They announce at the end(pronouncing my name wrong, but pretty much everyone does that; for everyone's reference, it's Rahberson. ) they'll be critiquing my comics, on this site, next week. I look forward with anxiety, as these guys tend to be pretty tough. But it's better to be talked about...anyway, be sure to be there next time to listen.

If you'd like to hear my voice in an actual interview, incidentally, there's this one Joey Manley did in 2006, when I was with Adultwebcomics.com.

Labels: comics, deconstructing comics, it's all about ME, lulu, my comics, podcast, vladrushka

New auctions of rare and cool stuff from my collection, so that rent may be paid. Includes several classic NATIONAL LAMPOONs, and much, much more!

Click here, check it out, and bid on as many as you please! 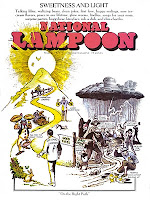 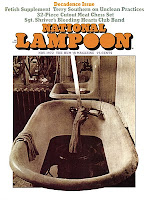 Saturday, my birthday, and LULU resumes for a while. Served is page six of Chapter 2, aka p. 26.

Chapter One in print now in THIS SICKNESS #6--available only at Amazon!

"I think it is clear that we Jews owe Sarah Palin an apology. For centuries, we have had the temerity to compare our suffering to Hers."
--An Andrew Sullivan reader, today.

It's true Loughner is probably just an incoherent madman who, like Arthur Bremer, would have found another prominent politician to fixate upon if it hadn't been Giffords. But the current his madness followed was still the product of a toxic atmosphere stoked, in the main, by the right wing.

A lot of the reaction on that side has been tellingly defensive, most prominently Sarah Palin, who today, as a memorial service was conducted, proved that in her mind, it's always about her in a video message in which, among other things, she appropriated the term "blood libel" in regards to the statements of many that she is one of the most egregious stokers of the gun politics meme. The term refers to accusations of child murder against Jews in the Middle Ages, and her blithe use of the term demonstrates her tone-deafness, her martyr complex, her ignorance, her narcissism, and/or her insensitivity. I'll leave it to you to mix and match which of those you deem most important. Fortunately, her solipsism throughout this matter has accomplished one thing: making it even less thinkable that she could be president.

But in regards to the defensive posture of the right in general--they are quick to dismiss him as a lone nut, leaving aside that they have actively recruited such people as foot soldiers in the Tea Party. He may well be insane. But Dalia Lithwick at Slate points out they cannot have it both ways. Because they also claim he is somehow colluding with the Obama administration so that he'll get off with the insanity defense, having accomplished his supposed goal of tarring those who like to mix guns with politics as crazy.

And by the way, proposing a conspiracy theory that specious is a great way of differentiating yourself from a psycho, is it not?

The insanity defense is a canard of the right to point out the irrational lenience, in their minds, of the US justice system. This, of course, leaves out the fact that the standard of proof is very high, and for this reason it is rarely proposed by competent lawyers, because it is rarely accepted. And that even if Jared(he even has the name of a little douchebag) Loughner gets to go to a crazy house instead of the big house, in Arizona that means he stays in an asylum till it's determined that he's legally sane. And then he serves out his sentence in an actual prison.

But the right insists that he's crazy, that his actions have no coherence or sense(or if they do, he's a leftist, a charge I cannot even fathom), that it's nothing to do with politics, certainly not theirs. Well, then, are they arguing that he should be found legally insane? Both things cannot be judicially true.

Update: a worse twist to Palin's use of the term "blood libel": Gabrielle Giffords(who opened her eyes this evening) is Jewish.

One of you now killed six people and put Rep. Giffords of Arizona into critical condition. Your words are now soaked in innocent blood.

I hope you're all satisfied now, conservatives. Someone has sought a second amendment remedy. Proud of yourselves?

No, don't start protesting what I just said. I don't give a shit what you say. I think we've heard enough from you. Imagine, people who make death threats also kill. Who'd have thought?

Beck, Angle, and most especially Sarah Palin: shut up now.

06 January 2011
Do I LOOK Like Someone Who'd Know Where To Find Prostitutes?

I wouldn't think so, and yet as I stood at Mercer & Aurora waiting for the bus to take me the fuck home, apparently someone did. I'm about to try to light a cigarette in the merciless wind no doubt sent by Rob Reiner, because I have about 4 minutes till it shows.

Then this van pulls up alongside me. Well, more like a minivan or a vanagon. It does have windows but it only occurred to me later they were all covered up. This guy with a mohawk and bad teeth opens his window and says to me, "Hey, are you a local?"

Oh, someone looking for directions. Good. I needed to get some bad karma by getting them lost. "Well--sort of. I don't really know where everything is, but what are you looking for?"

"I'm in town from San Francisco. Someone told me Aurora was where you find all the prostitutes, but I ain't seen any. You know where they are?"

Um, interesting question to ask a total stranger, and me at that. But I always try to be polite and helpful if I can. Yes, even then. "Well, I don't...I mean, I don't frequent prostitutes, but I have a rough idea, and that's on the other side of the bridge."

"Um, not as far as I know, but I live above Aurora on that side of the bridge and yeah, they're all over down there, like in this area you'll see all these scary motels. You just go across the bridge, you'll find it. But I should warn you, they're, like, skanky awful CRACK prostitutes no one in their right mind would want." I feel the need to mention that because I know that in San Francisco, prostitution is virtually unionized and, while not legal, basically decriminalized, so people who go to them there are used to ones that are clean.

But that doesn't seem to make much difference to him. I'm wondering if I'll be able to light this smoke before the bus comes.

"Well, pretty much just wandering around. I don't know." He thanks me and goes, and I think, well, I guess I'm being a hospitable local in...SOME way.

Then it occurs to me about the windows on the van, and I think, oh no, I didn't just get a bunch of poor hookers killed, did I?

Bad karma. It'll find me one way or another. Sigh. I was only trying to be NICE.

Saw this billboard while on the bus, one of a bunch of pro-life ones that have gone up on this side of town. Saw one the other day with a sleeping baby--I guess a cute one, but all babies look like unformed hairy lumps to me--and a big headline in blue, boring Verdana, "I COULD DREAM BEFORE I WAS BORN!" Gyuchh. But I suppose preferable to the dismembered-fetus ones you sometimes see instead.

But this one was just confusing. A smug baby with arms crossed wearing a tie in a high chair, with the headline, "Dad says I'M the new CEO in the house!" and under that, "Life begins at conception!" Call me dense but I failed to see the connection, and wondered if they were high when they laid out this ad. But even more so, "the new CEO"--um, again, maybe I'm dense but how is that going to make people want to kill that baby LESS?

Labels: it's all about ME, seattle

My pencil and chalk LULU illustration, "Gun," is now available for you to bid on or purchase at Ebay. Put in your bid now!

UPDATE: SOLD! For a lot, to a gentleman in Canada with excellent taste. Thank you, person I won't name here.

Oh, by the way, everyone: any of my originals, assuming I have not sold it, is for sale at any time(and I take Paypal), and even the stuff I ink in Photoshop these days at the least has a physical pencilled original. If you see anything I drew that you like, write me, ask if it's unsold, and we'll see what we can do.