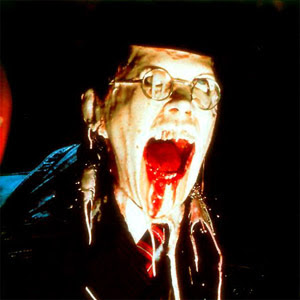 John McCain, Upon Hearing News of the Repeal.

Despite McCain's dogged efforts at trying to delay the repeal of DADT till at least after his death, whenever that will come, it happened. It's so sad that he finds himself on the wrong side of history, and so late in his career. It'll be so fresh in people's minds when his legacy is considered. And perhaps they'll then look more in detail at his history than beltway journalists do now, and realize he was always a hideous, lying reptile.

Anyway, one more remnant of a now-distant past out of the way. Well done.