I Didn't Write That!
21 June 2010
Early Stuff By Me: Two Cartoonishy Things

Digging through my archives, which is to say a large red trunk I've owned since I was 7 which is covered with worn Wacky Packages stickers, originals; imagine if I'd saved them. I had Art Spiegelman and Jay Lynch all over my trunk as a kid, it seems, and had no idea. The underground found me early.

Anyway. I came across these two embarrassing relics of my past for you to enjoy.

The first is from 1990. A cartoon done for a protest rally flier(I thought it hadn't been used, but my friend Marc tells me it was) just prior to the first Gulf War. I didn't draw anything else for a long time afterward... 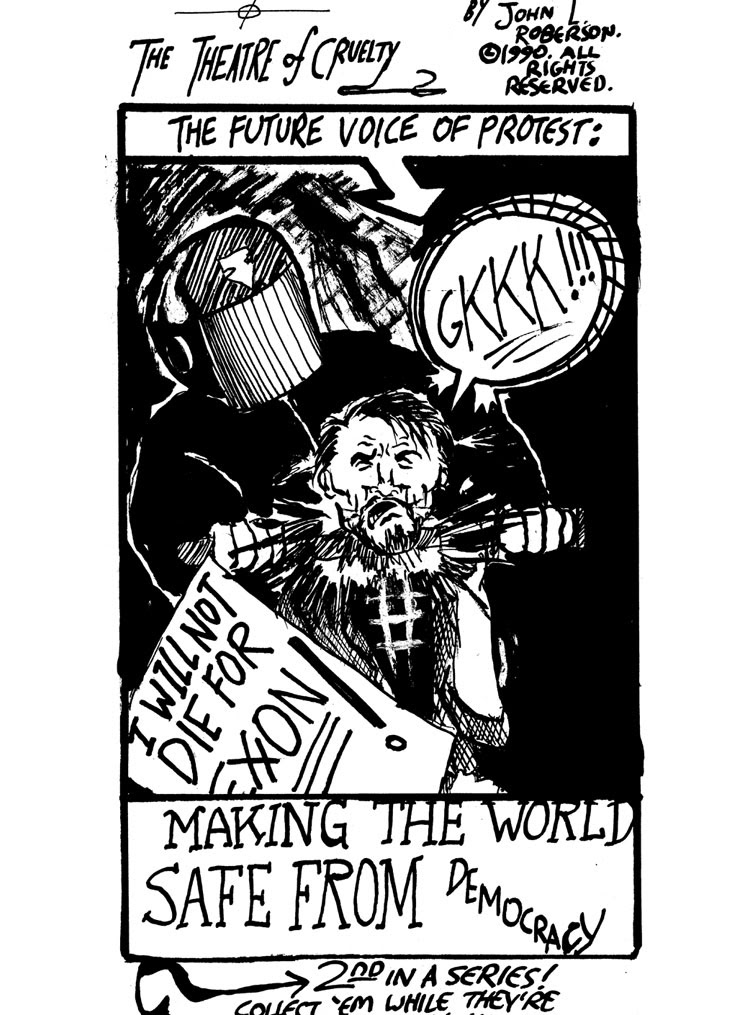 And 1996-this was a rough for a cartoon I never drew. At this time I was a confirmed Luddite and had not actually used a computer for more than word processing, which changed the following year because of my job. Though I didn't actually own one till 1999. 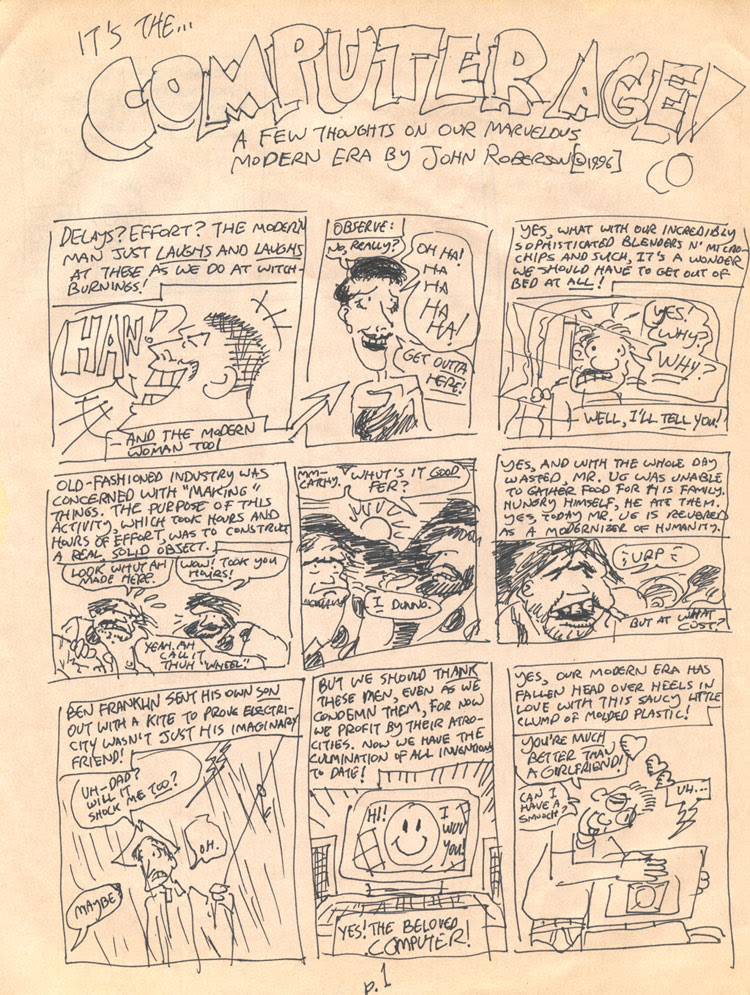 Speaking of computer problems, mine are solved for now, so you'll be seeing more LULU soon. Thanks for your patience.

I also may have new Vladrushka for you in the near future. Keep watching this space.

Labels: history, it's all about ME, lulu, my comics, technology, vladrushka, war