I Didn't Write That!
20 March 2010
Teashirts, Desperate and Panicking, Come Out Of the Closet

The fascist closet, that is. Today, on the eve of a healthcare vote they(the Teashirts) will almost certainly lose, the Teashirts, not content to have attacked a person with Parkinson's, marched in Washington shouting "nigger" and "faggot," carrying signs saying "If Brown Can't Stop It A Browning Can" or "Vote No Or Else." Threats. Racist and homophobic epithets. Guns. Proudly declared. This is what they sound like when the gloves really come off.
They have already begun with a brick.

This is a way to convince Congress? Threatening with assassination? Are your side proud to act this way? And are you now going to turn around and deny this?

How long before they use real bullets, real bombs? And if they did the GOP would call it the rightful outrage of citizens, and not condemn it any more than they have any of the rest of this so far. Because this is what they want.

Fuck the Teashirts. Fuck these pieces of shit. That is my response and the only one that is merited. We need an America where such people do not feel emboldened. This is what Glenn Beck and his ilk have brought us and I am quite sure they are proud. This never had anything to do with anything at all but the fact that they lost and they cannot take it, as most spoiled children can't.

This is the right wing of America with the gloves off. Some choice pics of your "fellow Americans" below. 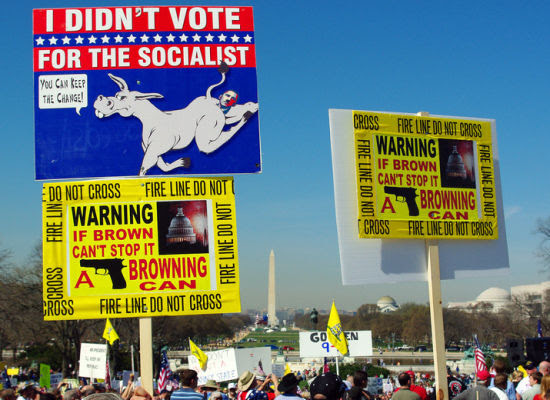 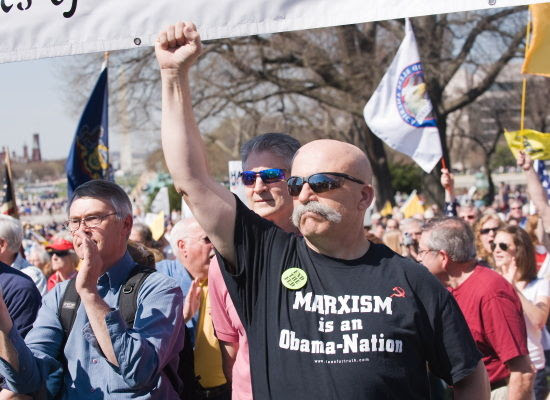 Why look. The fascist salute comes out to play. Complete with matching black shirt. 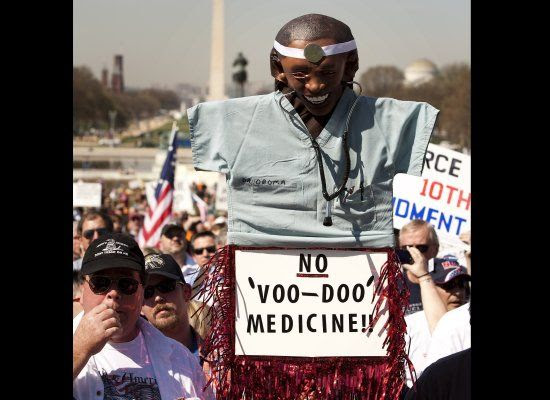