A teenager was beaten to death while beating on the windows of his school to be let in. On the other side of those windows, students in class watched. And that's pretty much unsurprising for the knuckle-dragging, dangerous, vile place Chicago has become.

Good luck getting those Olympics you've neglected everything but downtown to try to get, Daley!

So, with astounding lack of reflection, with a straight face says the slimy little John Ensign, forgetting that not all of us have rich parents to bail us out of a problem; actually having the audacity to quote Ronald Reagan which, coming from a Republican, means he's trying somehow to say that government programs are harmful to personal responsibility. Well, perhaps his Senate paycheck has been harmful to his.

A man with no credibility and no integrity, a hypocrite still there after having attacked others for doing less ugly things and telling them to resign--this is the man representing a side that shouldn't have a voice in this debate anyway. Do the Republicans have some kind of secret magical amulet somewhere that shields them from the effects of reality? I hate to bring it up, but--Didn't they completely fail to govern the country, have an unprecedented stream of scandals, lose two wars and get their asses handed to them in the last two elections? Why am I hearing John Ensign speak?

And so, with four Democratic defections led by Max Baucus, Jay Rockefeller's version of the public option is murdered by a party that lost the election, that has proven it doesn't care about the good of the people of the US. This is a party that would have let an American city die if not for public outcry(and damn near did anyway), right after tearing the country apart to save the artificially animated corpse of a single Florida woman already long since dead. And the reason, revealed? Death panels? Rationing? No.

Not because people are against it. Most aren't. Not because the American people don't want it. Most do. Because people might like it. That is what Ensign said. It might be seen to be preferable, once people see what it's actually like. This is the reason--they fear it would work. The Republicans--are we supposed to be grateful for their tough love?

And all you people foaming and yelling and ranting against the health care bill--you do realize that you're slapping yourselves in the face? That you're helping no one but the insurance companies? If you're fine with that, start just saying it. Declare your loyalty to United or Blue Cross. Hell, vote for their candidates. Just be honest with yourselves, and don't whine if someday your child dies because your insurance company unexpectedly denies coverage. Consider it a sacrifice to your insurance god. And yourself someday as well. All hail Moloch! He's laughing at you. Be glad you're entertaining.

Hanged, by people who would scrawl "Fed" on his chest. Which is to say, the kind of right-wing extremists who read things like the Turner Diaries and are being stirred up by Beck, Bachmann(who's been spreading paranoia about the census) and Palin.

This is what it leads to, and it's started, and the GOP let this beast loose. Why? I'm not even sure they know anymore.

Oh, this is just too beautiful for words. Guess that Disney sale wasn't so smooth after all.

Here is my hero John Cale's appearance on the show "I've Got a Secret" in 1963. This was 2 years before he formed the Velvet Underground with Lou Reed. At the time, it was based on his participation in an 18 hour 40 minute piano performance, the first full length presentation of Erik Satie's "Vexations," held at the Pocket Theater.

15 September 2009
Joe Wilson=Homer Simpson
Joe Wilson's appearance. His loutishness. His lack of awareness of why he should even be apologizing, and lack of contrition in said apology. The wooden way, as though he's still tackling Hooked on Phonics daily, that he reads every prepared statement. His obviously smarter wife, who seems a very patient woman. This all reminds me of someone. But who? 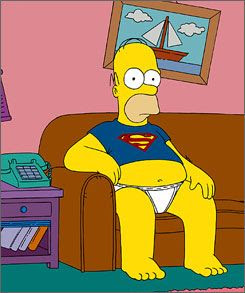 10 September 2009
The GOP Hate War Jumps The Shark
It appears that the GOP has finally realized they're looking like fools, with the rude interruption of Obama by Congressman Joe Wilson (R-SC), calling him a liar in the middle of the address. It encapsulates the entirety of the GOP's, and its pawns', answer in the healthcare debate into one perfect, easily-repeated clip.

"Everybody was stunned," Rep. Maxine Waters, D-Calif., said of Wilson's eruption. "It was just something that nobody had ever witnessed before. We all felt embarrassed."

House Speaker Nancy Pelosi directed a fierce frown at him; first lady Michelle Obama pursed her lips and shook her head from side to side. Vice President Joe Biden looked down and shook his head too.

Obama, meanwhile, looked toward the outburst and replied, "That's not true" before going on with his speech.

Tonight, in front of most of America, it's not so much that they overplayed their hand, but that they made it clear they already have. And the few sane people in the party are using it as an opportunity--too little, too late--to try to distance themselves from this mad wing of the party. Well, a wing that has taken over the whole body. Does anyone know what the Republican response was? As far as most people are now concerned, that was the Republican response.

In any case, it was a foolish moment and Wilson has screwed his party, and set them now in place as children not to be taken seriously. As though they hadn't already.

More sellin' of collection, which appears to never run out. Which is fine as long as they sell! Check 'em out. 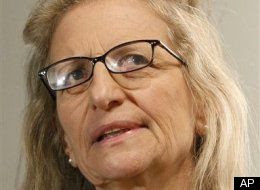 Annie Liebowitz, the very talented, legendary photographer, nice lady, and my idol Susan Sontag's widow, in a horrible situation to be in when you're approaching your twilight years and your greatest love is dead. She has to repay a $24 million loan by Tuesday or she will lose all the copyrights on all her photos. This is sad, after what she has contributed to our culture, and still does.

I wonder about that terrible, tasteless and unimaginative Sean Lennon "tribute" to her famous, iconic Rolling Stone cover photo of his parents taken earlier on the day John died, the final photo(apart from whatever the police took of the crime scene) ever taken of his father. I wonder if he'll use the money from that shoot to help her, or use the photo to raise money for her, or even dip into his deep and tubby(and unlike his dad, clothed; it's his girlfriend who's naked, the coward) pockets, or anything. So wrong, so sad.

They're shameful allegations, that Glenn Beck raped and murdered a girl in the 90s. He really needs to address it or people will just keep talking about it.