I Didn't Write That!
29 June 2009
Jones & Anderson's "Somerset Holmes" (1983)
...which, as I noticed recently elsewhere, appears to have a lot of similarities to David Lynch's much-later film Mulholland Drive. Though it's probably purely coincidental(they certainly both pursue the same noir thread), but interesting. Actually, it would be even more interesting, and fun, to see Lynch adapt that comic. (anything but another Inland Empire, which I respect, but dislike--and I'm a fan of "the Grandmother")

In any event, here you can see some of it. Enjoy and ponder. Something I wonder if someone can answer for me: how did Bruce Jones have so many freaking projects ready for Pacific? Seriously, in the early 80s it seemed he did everything they published that wasn't done by Grell or Kirby. Dude was a machine.

And Jesus, isn't Brent Anderson(later of Astro City, of course) an amazing artist? Here's a taste... 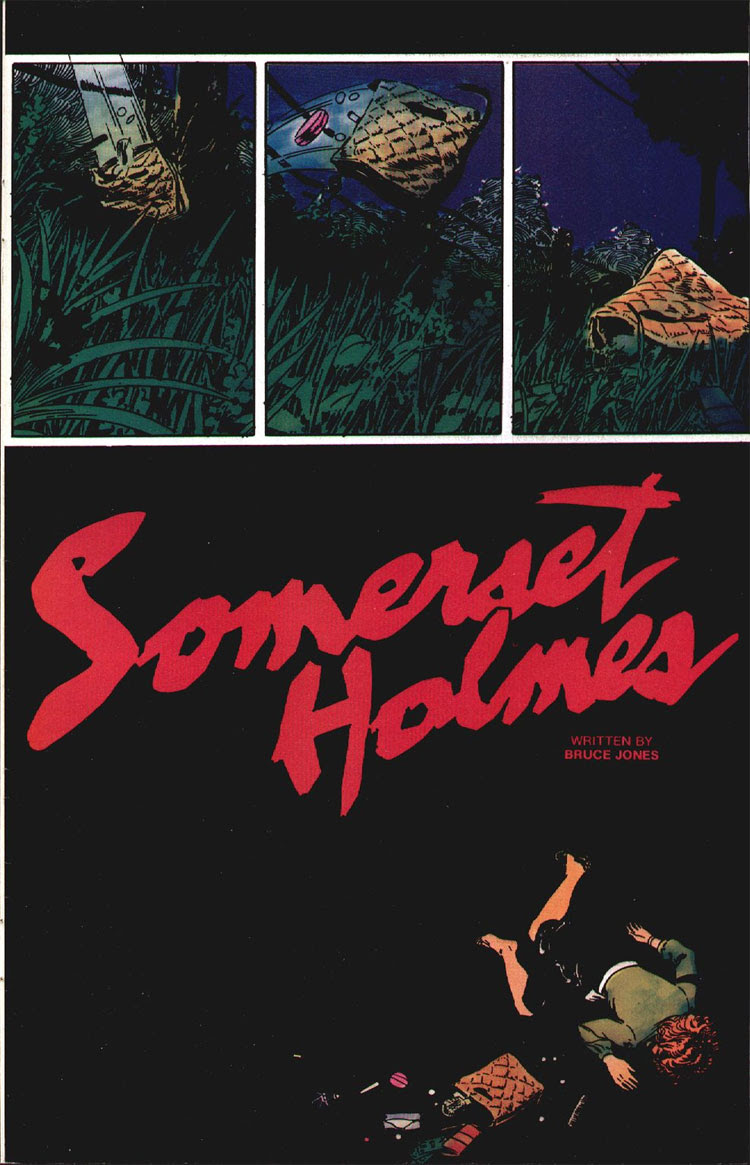