As new protests are prepared for Thursday and the Iranian police arrest as many people as they can, the parliament is getting angrier about the crackdown and a showdown between Khamenei and Raftsjani looks increasingly inevitable.

The truth is that Khamenei now has no credibility, which might be why he has the balls to charge the families of protesters $3,000 apiece (per bullet) for the bullets used to kill their family members. Great way to get the people on your side!

But of course the Supreme Leader no longer is even pretending to do that. The message this sends is meant as the quite deliberately contemptuous, cruel voice of an unmasked dictator. The message he wants to send is that he does not care about their lives and that if they don't shut up, he's prepared to kill everyone.

It's only a matter of time now before his government cracks. It depends how many believe Khamenei remaining there is worth the lives and futures of all Iranians. Including much of the ruling class itself, which is revealed as hardly monolithic. Everyone realizes that keeping him gains nothing, even from an evil bastard point of view.

You see, it turns out Khamenei would like to leave his position to his son Motjtaba. His intention is to create a theocratic monarchy. They most likely did not even count the votes. (and Ahmadinejad is to be sworn in soon) This may be what's really at the heart of his drastic desperation here. And people now realize the Revolution has nothing left of it. It's the Shah, but with veils and with international isolation.

Oh, and Kate Harding, at Salon, tells us she's "not Neda" Soltan, and wasn't affected by her death because she's seen it done more convincingly in movies and TV. Good to know, Ms. Harding. I've never come across your writing before, and now I'll know to avoid it unless I want to know what people without souls think. You'll notice I have rendered her words in the universal color of excrement.

I did not gain any further understanding of the situation in Iran, or even of Neda's final moments, by watching them. I did not cry or shake with horror. Because what I saw was actually too familiar to me -- from crime dramas, war movies, the thousands of fictional depictions of violent deaths I've seen in a lifetime of watching various screens. This time, the thought kept going through my head, "This is real, this is real, this is real." But it was no match for almost 30 years' worth of knowing that when I see blood gushing out of a chest or a mouth, it's actually red-tinted corn syrup; that when I see the spark of life leave a victim's eyes, they only stay that way until the camera shuts off and the actress stands up; that when I hear the screams of frantic bystanders, they've been recorded over and over until the most chilling possible version was achieved. None of that was true, this time. My brain knows that, on one level -- but on another, deeper level, I am so desensitized to similar imagery, I can't fully process it.

Reading this made me feel quite sick. She is not moved by women fighting and dying for what they believe in Tehran? Is this post-post-post-feminist thinking of some kind? Perhaps if Neda Soltan was fat she could have felt her pain. I woud just suggest that if she saw that and felt nothing, she should seek therapy.

I would also suggest she should ask Neda Soltan's father and music teacher who saw her die if she got up afterward. And then, I would like to see if she has the guts to say to Ms. Soltan's family the reaction above. Verbatim.

Would she? Of course she would not. That would be unfeeling and callous, and also reveal what an ignorant, narcissistic American she is. Oh wait, it already has, as anyone in the world can read it. 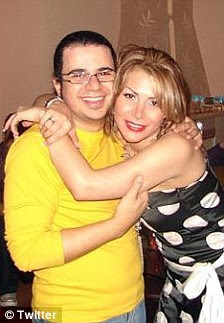 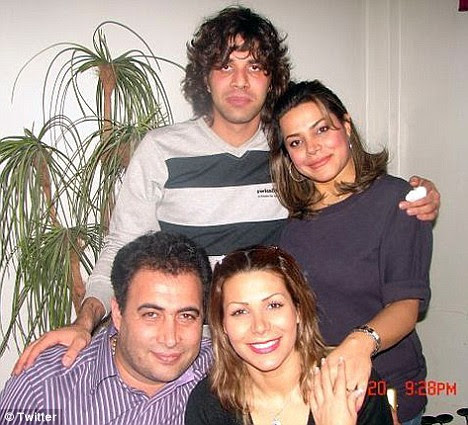 Neda Soltan, Before She Was Shot