hem. The attacks have now taken on the quality of a cry for help.

Because, also like the McCain campaign, when pushed into a corner, Buchanan falls back on good old-fashioned race-baiting. He's so often a courtly presence on cable news, it's good to be reminded of the real Buchanan, whose mouth helped cost the GOP the election in 1992 as well.

Particularly amusing is Buchanan's imputation of ingratitude to Powell, that somehow his army career, his promotions, and his job in the Bush administration were the result of Republican kindness, were not earned. That they were gifts, perhaps, in that he probably should be grateful the GOP 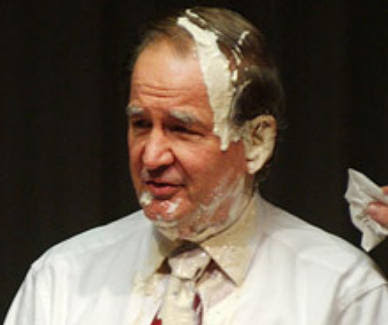 let him near any power at all? Why's that, Pat? Because he's...black? The thinking this reveals is instructional.

Even more so to Pat, but he should know this, would be the fact that, if anything, the Republicans should be grateful to Powell for providing them victory in the original Gulf War(though they did such a bad job otherwise this didn't help them to another term), and for providing them so much cover, in the case of the Iraq War almost at the cost of his reputation. Ingratitude?

Through Pat, they went there. Let's see McCain also allow the smearing of his good friend Powell. Let's watch as the party goes terminally insane.

It's quite dramatic. Operatic, even. These are death throes. And just to bring that home, a new story bursts from the Times about McCain's very precarious health.