Hillary Clinton: I wonder if it was worth all this, to wreck any future chance you might have at the presidency--which will not be yours this time around in any event. To show your ass to the public to this degree. Now you have suggested you should not leave the race in case the frontrunner is assassinated like Robert Kennedy was when he was frontrunner?

And this when the 40th anniversary of said event is next month?

This does not deserve a polite or elaborate reaction. And vomiting, the appropriate reaction, is neither.

How desperate ARE you, Hillary? How few grains of human decency are left to you? Do you remember what having a soul feels like?

So much for any remaining goodwill I felt toward the Clintons from the 90s. Trash, it appears, is just trash. And Nixonian behavior is no longer just for Republicans.

And I wonder: is this a hint that she has some surprise planned for Obama? Was this a veiled threat?

Because after all this, Hillary will not let herself go away a joke.

But between herself and Ferraro, she's managed to confirm every stupid remark that's ever been said against women running for the presidency. Nice going, HRC. They will all curse your name in future elections when they have to prove they're not you.

And just think, RFK Jr. did an ad on her behalf earlier this year.

I was apprised of this by someone of obviously excellent taste.

19 May 2008
Rory Root R.I.P.
Rory Root was the founder and owner of Northern California's best comic store, Comic Relief. Rory did a lot for many comics and creators over the years, including getting graphic novels into libraries. He was good to every customer and ran possibly the best comic store I've ever been in. Certainly the friendliest. Which is probably why it was the last comic store I spent copious amounts of money in.

And for me personally. Rory was the first comics store owner to take a chance on Plastic, and without his encouragement I never would have gotten it off the ground. In fact, he and his onetime store manager Marie Harrell were its biggest boosters.

This is the kind of guy he was: he bought my stupid comics made from careful use of Xerox technology(back then), without color covers even. Bought them. Didn't put them on consignment. Every time, all eight published issues. Five at a time, but I'm surprised, looking back, that he took even one.

And usually he sold 'em, too.

I remember many nights standing out on the sidewalk, having a smoke after having bought some comics, getting home way later than I intended because I was talking to him. He also came to my wedding.

And at my first APE, when I had been let down by my ride home (who will remain nameless, but see above paragraph for a clue) and had no way to get the exhibition stuff home, he found room in the van for myself and it and got me home in an intense rain. The following one, I couldn't exhibit, but he put my stupid homemade point-of-purchase stand full of Plastic right on the center table.

Rory was a mensch. There aren't many.

I just found out that Rory passed away today.

I hadn't seen him since I left Berkeley, and hadn't known he was sick. Which I regret. But he was a great man and a good friend.

May he rest in peace. Thanks, Rory.

If I were losing as badly and humilatingly as Hillary, I'd be getting in all the drinking I could before it was done too.

The greatest living comics artist(as far as I'm concerned, and I'll fight over it), is very, very sick, and could really use your nice words.

And a donation to help with his medical expenses would be good too. Send via Paypal to genecolan@optonline.net or by mail to:
Gene Colan
2 Sea Cliff Avenue
Sea Cliff, NY 11579 USA 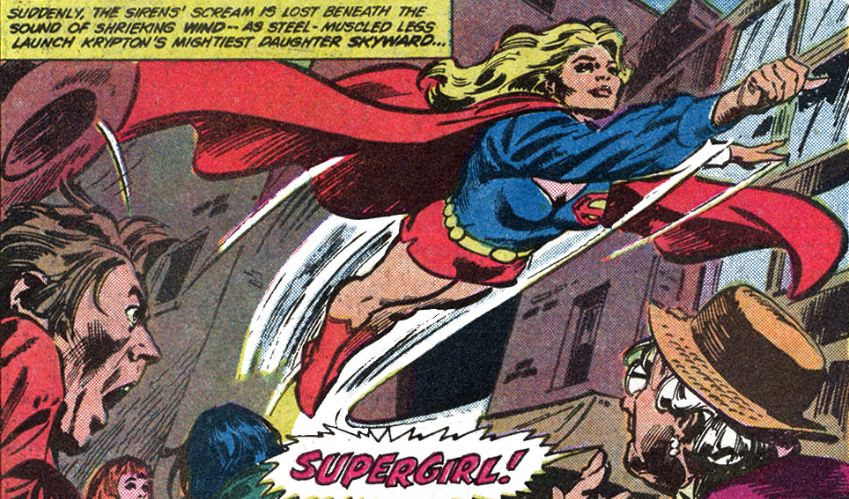 What The Hell Is Wrong With Me

Just For The Hell Of It

Might be just me, but I always thought Michael Anthony is what George Costanza would have looked like as a rocker. (does that make Roth Kramer?)

Which is supposed to usually be the left's job. Peggy Noonan, the Reaganite supreme, on the self-destruction of the Republican party. (hat tip to Sullivan)

The Democrats aren't the ones falling apart, the Republicans are. The Democrats can see daylight ahead. For all their fractious fighting, they're finally resolving their central drama. Hillary Clinton will leave, and Barack Obama will deliver a stirring acceptance speech. Then hand-to-hand in the general, where they see their guy triumphing. You see it when you talk to them: They're busy being born.

The Republicans? Busy dying. The brightest of them see no immediate light. They're frozen, not like a deer in the headlights but a deer in the darkness, his ears stiff at the sound. Crunch. Twig. Hunting party.

Ah, South. Will you ever change?

Here's one reason I will always love Elder.

By way of Andrew Sullivan.

If I Can't Be President, No Democrat Can

The Clintons go to Kentucky & West Virginia to poison the well.

Per ABC News' Sarah Amos, this is what the 42nd president of the United States said Friday in Ripley, W.Va.:

"Hillary is in this race because of people like you and places like this and no matter what they say," Clinton said. "And no matter how much fun they make of your support of her and the fact that working people all over America have stuck with her, she thinks you're as smart as they are. She thinks you've got as much right to have your say as anybody else. And, you know, they make a lot of fun of me because I like to campaign in places like this, they say I have been exiled to rural America, as if that was a problem. I don't know about you, but I'd rather be here than listening to that stuff I have to hear on television, I'd rather be with you. There is a simple reason: You need a president a lot more than those people telling you not to vote for her."

And on and on... Ginning up the resentments and the class divide (and maybe other divisions). ... His message to these voters: Obama and the media are laughing at you and think you're stupid!!!

Fuck the Clintons. They'd hand this country over to Nazis if they thought there'd be an advantage for them.

11 May 2008
The Sketch That Finished Off Hillary

Some of it. Here. 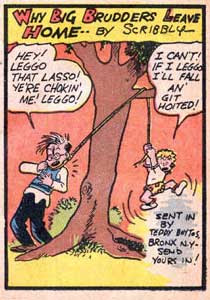 By way of Andrew Sullivan, goddamn him. I don't even drink this product!

But it is a great ad. 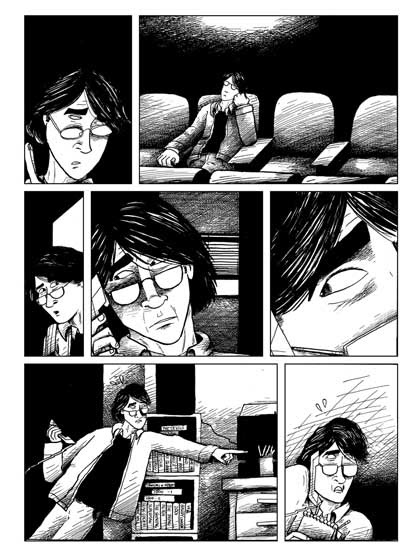 Also a new painting today at the online version of
This Sickness, which will be returning this summer with an all-new serial, "Martha". In the meantime, don't forget to buy the first issue of the brand new print version! Unless you're under 18, or are a total loser.

From the Punk Episode of Quincy

By way of the lovely Heidi MacDonald.
(Click image to enlarge)

“Rich people, God bless us. We deserve all the opportunities to make sure our country and our blessings continue until the next generation.”

And, I suppose, god damn all the rest of us.

Portishead: "We Carry On" Live

It's official: Worst President Ever.

Or so they say.

A Few Words About Windows Vista

Nobody wants the damn thing! Below is even more on why.