28 December 2006
What Happens When You Catch A Star Driving Drunk
More specifically, Mel Gibson; the deputy who arrested him, James Mee, has been harassed ever since by his superiors as though he was Serpico.

The sheriff's deputy who arrested Mel Gibson for
drunken driving six months ago says his superiors have harassed him ever since a report detailing the star's anti-Semitic tirade was leaked to a celebrity news
Web site.
Deputy James Mee was transferred to another assignment,
interrogated for several hours, and investigators seized a computer and phone records during a search of his home, his attorney told the Los Angeles Times for
its Thursday editions.
"His life and career would be a lot different had he
not made that arrest," attorney Richard Shinee said.

The lesson? Why, that stars get to do whatever they want in L.A., of course!

My Guy Enters The Race
John Edwards, who should've been the top of the Democratic ticket in 2004, announces his run for president. And I hope he ends up winning. 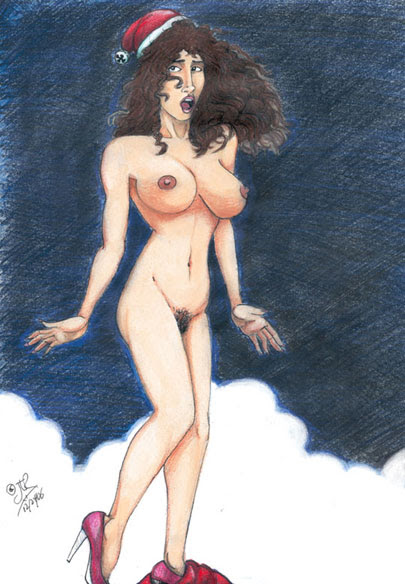 Not the usual clip you see.

A unanimous slap of sanctions by the U.N. Security Council against Iran. A deliberately provocative act?

Words to live by.

Merry Christmas To All!

And this is how I'm spending mine. Nice to see I'm not the only one.

This is what thousands upon thousands have died for.

One day, if we survive the next few years, it's really going to hit us that we let this man become president, and we didn't have to. Hope no sharp objects will be within reach.

There Will Be Lots More of These

Imagine what an opportunity (which, the Chinese alphabet tells us, can be viewed as the same as a crisis, and we all know how much execs look to the East in their shallow way) 9/11 provided for someone who wanted to expunge records. A chance to erase as many dirty dealings as you wish, all at once, in a way that would render all questions tasteless. A chance to hide everything you don't want an auditor to see, forever. Can you imagine whom, say, Enron would have killed for such an opportunity?

And even if you didn't actually lose the records, you could lie and say you did, about as many as you'd like.

Apparently Morgan Stanley saw this chance and took it, and I am sure they are only the first we will know.

In Other News, The Sky Is Blue and the Earth Is Round
A study confirms what we all already know, that most Americans have sex before marriage.
Well, duh. Whenever I see one of these things, I wonder exactly what decade the media think this is. (Of course, the real question is: how many Americans have sex after marriage...)


Peter Boyle has died. Sad news. Here's an example of why.

Celebrate Christmas with some of my favorite movies, just now released on DVD, including Reds, of course, but also now the long-awaited uncut 1900 (aka Novecento) by Bertolucci, and an affordable edition of the Conformist.

And as usual, I'm selling stuff myself, including a sizeable collection of Peter Bagge's Hate and some rare Alan Moore items. Check 'em out!

All in all, a good month.

Well, three floors above it. But still.


And here's something just to be confusing.

Don't Let The Door Hit Your Ass On The Way Out, Dr. Frist

Bill Frist does the right thing for once.

Now when he makes diagnoses from videotape, he'll be subject to criminal charges and loss of his medical license.

05 December 2006
You May Have Forgotten Giuliani Is A Fascist

But this piece will remind you. Last person you ever want near the presidency.

Why so much vlogging? Well, I seem to have suddenly reacquired a life. But here ya go; sorry it's two days late. It was a bitch to find.