Shocking! And from the same guy who bribed Duke Cunningham.

Then again, who would give Cruella DeVille a legitimate contribution? Even the Bushes didn't want her to run. 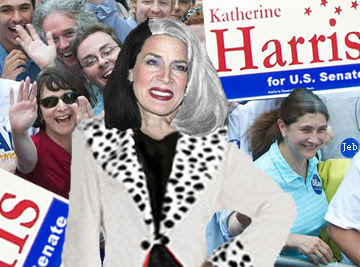 But then, she doesn't look likely to win her bid for the Senate anyway(22 points behind her incumbent, Democratic opponent is not exactly promising), so, as all the bribes to the GOP will turn out to be, it was money thrown down a rat hole.